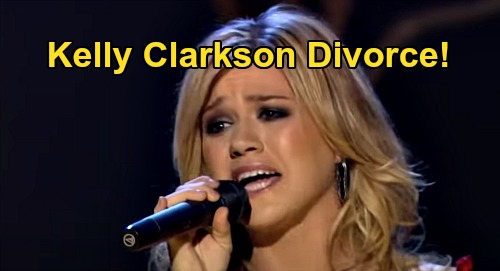 After almost seven years of marriage, Kelly Clarkson is seeking a divorce from Brandon Blackstock. According to People, Clarkson cited irreconcilable differences in the documents filed on June 4. The 38-year-old singer has two children with Blackstock: a daughter named River Rose who turns six on June 12 and a four-year-old son named Remington Alexander.

Blackstock also has children from a previous marriage: a 13-year-old son named Seth and a daughter named Savannah, who’s 18. Clarkson hasn’t made a formal statement yet and her reps seem to be staying tight-lipped as well.

However, Clarkson and Blackstock have been staying with their kids at the family’s Montana ranch as part of their social distancing retreat. The Kelly Clarkson Show has even been airing episodes that were filmed by Clarkson at the ranch, where she’s seemed in good spirits.

As far as Clarkson and Blackstock’s love story goes, it began after they met at the Country Music Awards in 2006. Clarkson fell hard for the music manager and got engaged to him in 2012 before their wedding in 2013. In an interview with SiriusXM back in 2017, Clarkson insisted she’d never been truly sexually attracted to anyone before Blackstock.

It’s clear that Clarkson was quite drawn to the irresistible man who’d become her husband, but things change and so do spouses. Clarkson and Blackstock’s marriage will come to an end assuming this divorce moves ahead as planned.

It’s always a shame to hear about a previously happy celebrity couple breaking up, but sometimes that’s what’s best for all parties involved. Blackstock and Clarkson will hopefully be able to stay amicable as they continue to co-parent their children. Marriages don’t always last, so everyone just has to find a new normal and focus on moving forward.

If any other important news develops on Clarkson and Blackstock’s divorce, we’ll be sure to pass along updates. What do you think about Kelly Clarkson’s split from Brandon Blackstock? We certainly wish them well as they go their separate ways. Stick with CDL for the hottest celebrity news and all the details you’re looking for!