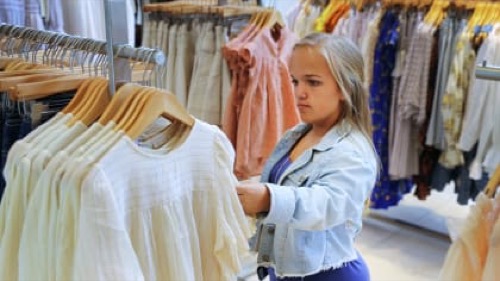 Now that Matt owns the south side of the farm, maybe he will have an auction. He asks Karen if she sees anything that can go into the auction, she says lots of stuff, he is a hoarder. Matt thinks an auction will make it easy, they can sell stuff they don’t use anymore and split the money. Matt has a hard time giving stuff away, he always thinks he might need it. Karen tells Matt he is a fine line between a collector and a hoarder. There is a little bit of sadness for Matt, but he remembers what his father said, you can’t take things with you and we all eventually leave this earth.

Zach and Tori’s house, their garage is packed with a ton of stuff, Zach wants them to find things to put in his dad’s auction. Zach says hoarding runs in the Roloff family. Tori tells Zach that she foresees her life as having four-LP children. Zach finds Tori’s vows and a letter she wrote to him on their wedding day; it was just lying on a shelf in the garage. In the end, Zach doesn’t really find a lot of things that he wants to get rid of.

Amy put an offer on a house, there are a few issues that the inspector found, so now she is wondering if the will lose the house. Chris knows the process is taking longer than she thought, but he just forges ahead and tries to be positive about it. The two are having lunch at the tavern. She doesn’t know what the holidays are going to look like, but she is looking forward to it. They are getting closer to their anniversary dinner, and he is looking forward to proposing and giving her a story that she can brag about. He is still nervous about it, he hopes that she says yes because no would be a setback for the relationship.

At the farm, Matt shows the family what he collected for the auction. Zach thinks they are both hoarders. Chris jokes that Karen and Amy should dress up like Vanna White to show off the items. Matt thinks there are going to be five hundred people attend, Amy thinks there will be one hundred and believe Matt should be a little more realistic about these things.

Amy brings her girlfriends to the house to show them what she has plans for the new house. Amy would like to make some LP modifications to make things easy for her in the house. She tells her friends that this is a big financial decision for her. The girls really like the house and think it will be perfect for her. They ask about her anniversary, she says they will go out to dinner and a card is minimal and not just with his name signed in it. Amy would like to get engaged, but she doesn’t know what Chris wants out of the relationship.

Amy is at a speaking engagement and asks Chris to supervise Matt to take things out of the house to the auction. Chris gets along with Matt really easily, he doesn’t talk about Amy with him. On the other side, Matt thinks Chris is great for Amy. Matt meets with the auctioneer, he tells Matt that there are over two hundred items. The auctioneer thinks he will get 4-500 people in attendance.

It’s auction day, Amy is having a hard time looking at everything they used over the years, but she knows she will always have the memories. Not as nearly as many people as they thought showed up. There are maybe fifteen people walking around. A lot of items have no bids. Zach only puts his chairs in and they don’t sell. Matt goes to see Amy and tells him it’s a bust. It’s a small crowd and they are not really bidding. Even Amy expected more people, she will end up selling the stuff online or have an estate sale.

Chris picks up Amy for their anniversary dinner, he is nervous but really looking forward to proposing to her. In the car, she asks him if he feels good about three years, he says yes. At dinner, Chris gives her a card that means a lot to her – it was a very special card, very mushy. She gives him a card too and she was a little more careful because she didn’t want to freak him out. Both are in tears. Chris gets up, pulls a ring out of his pocket, gets down on one knee and tells her that he loves her lots, it’s an amazing journey – they hug. He opens the ring box, she says yes she will and they hug again. She loves that the diamond is in the shape of a heart. Amy was totally surprised, she did not see this coming. She says she couldn’t have asked for a better thirty year anniversary.