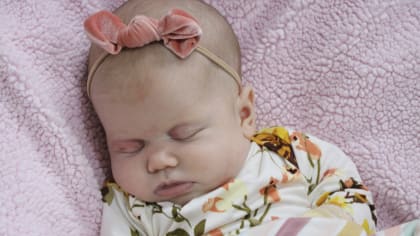 Amy stopped by her old house. She still needed a few things. She was getting everything in order when she noticed a strange man on the property and she became concerned. There’s been an issue in the past with strangers roaming on the property. They weren’t allowed and she was going to tell this strange man the same thing. Only she didn’t have to. The strange man turned out to be a contractor. Matt was getting quotes on how much it would cost to fix up Amy’s old house and he hadn’t given Amy advanced warning. She finds out about the contractor by literally tripping over him.

Amy didn’t like having to hear from a stranger what was going on. She felt Matt should have talked to her first and so when she saw him she flagged him down. Amy brought up how she found the contractor roaming around her place. It turns out there were going to be several contractors because Matt was getting quotes from everyone willing to come to the farm and he didn’t really plan on taking anyone’s offer. He also felt he didn’t owe Amy a forewarning. He said Amy moved and he didn’t feel like he needed to get her permission to do anything on the farm. Matt said he’d do what he had to.

Matt was very dismissive of Amy’s feelings. She still has an emotional attachment to the farm and she still owes a stake in the farm. She felt Matt should discuss any future construction with her. He felt like he didn’t have to simply on principle and so it took listening to a third and impartial party to get Matt to calm down. He realized that he did need to talk to Amy. He and Amy tried to later have a business meeting and it wasn’t great. They continue to butt heads on work that needed to be done on Amy’s house. Amy also told Matt that she tried to move everything out by the end of January and now that was no longer possible. She needed more time.

Matt asked her for her new deadline. Amy gave him one and then she said she wasn’t sure if she would meet that date. She was still sorting through a lot. She was going to need more time to get everything ready and she knows that’s going to be hard on Matt, but he wasn’t the only one affected. Amy moved in with her fiancé. Her fiancé wanted Amy to sorta hurry up with all of her packings and she was trying. She really was. She just needs help and she didn’t want to transport garbage to a second location. Amy had a bunch of stuff in her new place’s garage that she knows she has to go through. It was going to take some time to sort it all and so she was in no rush to clear out the farmhouse.

Then there was Zach’s family. He and his wife Tori have noticed something was off with their baby daughter Lilah. Lilah was five months. She had the sniffles more than she should and Tori came to believe that the baby had allergies. It was an allergy season. It was also the only thing that the parents could think of that would explain the sniffles and so they ignored reason. They were told by their doctor that it was too early for the baby to develop allergies. They ignored that fact and they also began noticing other signs that something was off with the baby. They didn’t really see anything was wrong at first because they were so focused on other things like Zach’s parents.

His parents did not get along. Zach thought his mother moving away would finally draw a line in the sand for them and their arguing and it seems his mother still wasn’t ready to move. She ended up missing her second deadline. She also was upset because she felt had to give Matt a deadline just to get him off her back and so she partly blamed him. If he wasn’t pressuring her, she could move out her things on her time. Amy told Matt she was missing her newest deadline and it kicked off an argument. Matt wanted her out. He wanted to move on with getting more quotes and patching up the house. He felt the longer Amy was taking was the longer she would be in his way.

Amy was still around when Tori needed advice. Tori came to believe that her baby was in pain and she thought this could be a product of the baby’s Dwarfism. There was so much that could go wrong with a baby with Dwarfism. Their head could grow too big for their body or there could be pain in her limbs. There was just so much that could go wrong. Tori was especially afraid of hydrocephalus which is a fluid buildup. It was also painful. Zach had it and their baby could have inherited it. Tori was just so worried about her daughter that she thought of the worst possible thing. It had taken Amy and Zach working together to get her to calm down.

They can take the baby to a doctor. The doctor would know what to do. Tori was calmed and she and her husband worked on the problem with their daughter while they also potty trained their older child Jackson. Jackson was left with Matt when they went to the doctor. The couple later learned that Lilah has RSV which is a respiratory breathing problem. Zach had it at that age and it was scary. They were going to have to keep an eye on it because Lilah could stop breathing at any moment. It also doesn’t help that the little girl also has influenza. The baby was very sick and so it was a good thing Tori noticed something was wrong.

A mother’s intuition is a real thing. It helped save Lilah’s life and Zach was going to be more open whenever Tori mentions something wrong with their children.

As for Matt, he revealed to Caryn what he was planning to do on the farm. He’s apparently been making plans for building a big house on the farm and it’s his dream house. It’s everything he ever wanted. He’s been planning to build since Amy said she would sell him her half of the farm three years ago. And so he really was waiting for her to leave.