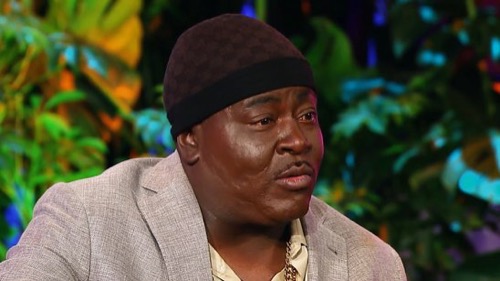 Tonight on VH1’s hit series Love & Hip Hop Miami returns with an all-new Monday, April 6,  2020, episode and we have your Love & Hip Hop Miami recap below for you.  On tonight’s season 3 episode 14, “Reunion – Part 2,” as per the VH1 synopsis, “Brisco and Chello’s relationship is put to the ultimate test; Trick Daddy and Joy rekindle a flame; a look back at some of the best moments of this season.”

Nikki Natural started it first. She called Trick Daddy and Trina the “king and queen crabs of Miami”. She said because she didn’t think she was in danger of Trina and so she was wrong. Trina went looking for her at the studio. She found the door and she tried banging on it. She wanted Nikki to come out to fight her. Nikki made sure to stay put and so Trina soon got tired of it. Trina pulled her family from the show. She told them they were leaving and she changed out her outfit. She was so upset that took her cousin Bobby everything to convince her to stay. Bobby even followed her out into the rain and he took her down.

Trina didn’t come out to the couches like everyone else. She stayed behind the scenes and so the show was able to move on. The first thing their new host brought up was the BAPS Tour. The BAPS Tour was a tour headlining Hood Brat, Sukihana, and Kamillion and their tour manager hadn’t managed them well. Alvin was a mess. He booked them into crappy hotels and then called them out for complaining about it. Like they didn’t deserve better. Alvin booked them into these really honky venues and at one point a white woman tried to use the “n” word with them. She was following the lyrics and yet Sukihana hadn’t liked her saying that word.

Sukihana talked to this woman. She told her she didn’t like her using the word and so the cast of LHHMIA discussed the “n” word. They all said they didn’t want white people to use it. They felt they had reclaimed that word after many years of being repressed and so they talked about the significance of it. They also discussed colorism because Amara identifies as a black woman. She was an afro-Hispanic. She hung around a lot of Hispanics who told her she didn’t belong and she’s hung around a lot of blacks who told her she didn’t belong. And so Amara spent most of her life trying to find a place where she fits.

The cast next discussed Brisco. Brisco just came out of prison. He went to jail because he was trying to maintain a certain lifestyle and it had cost him years of his life. He came out wanting to be a different man. He said he wanted to be a better father to his kids and to be a better man for his long-term girlfriend. Brisco said a lot of things. He failed to mention to his girlfriend how he was hooking up with someone else. He had been seeing Kamillion on the side. They had been sleeping together and his girlfriend Chello got angry when she found out about it. She started hitting Brisco. The security team had to pull her off him and so everyone wanted to know what happened between Brisco and Kamillion.

Kamilion started talking to Kendall first. She later came out to the main stage to talk and she told the audience how she asked Brisco about Chello. He told her that he was with Chello for the kids. He said the same thing to Miami Tip who was also seen on the side and so Brisco was dragged. He was dragged and he was told he might be a father because Kamillion said she’s late. The women were honest with Chello. They told Chello that she deserved better. She was a beautiful woman and she deserved to be treated better. And so Chello decided to take everyone’s advice by dropping Brisco.

She said she’s not going to take him back this time. Which what he deserves and he needs to talk to Kamillion after this. Claudia Jordan next brought up Trick Daddy. Tricky Daddy’s health was mentioned this season because he was caught driving under the influence and there were some drugs found on him. His friends and family became concerned about his health when they heard the news. They all wanted Trick to take better care of himself. He does have Lupus. He also has several other conditions and so Joy had broken down talking about it with him. She doesn’t want him to die. She still loves her odd little way and he loves her.

The couple flirt with getting back together. They still flirt with each other and so there is hope for them. Their marriage had several omens, but they still think there’s a future for them and speaking of futures Claudia asked Hood Brat about Kenny. Kenny failed to tell her he was married. He withheld that from her and so she found out by going through his phone. Hood Brat said their relationship now is critical. She’s focusing on her career. She’s also helping raise her late sister’s children and so the children came first. Her career came next and there was no Plan B. Hood Brat firmly believes she’ll make it as a rapper.

Hood Brat wasn’t the only juggling childcare and her career. Sukihana was doing as well. She splits her time between Miami and Atlanta. She takes care of her kids. She’s the one paying the bills and she does what she has to. Sukihana was a mother and she was a black woman. She did her best to support both. She had a brown girl lunch and the only one that didn’t seem to be invited was Nikki. Nikki was asked about that. She was explaining how the lunch was fake news when she got into a fight with Sukihana and they both shouted at each other for a while. And ultimately Sukihana said she didn’t want to invite the hoe.

And after that fight, Claudia went over a clip of the most explosive moments this season and the cast got to end things on a good note.

So it was a nice way to end the season.