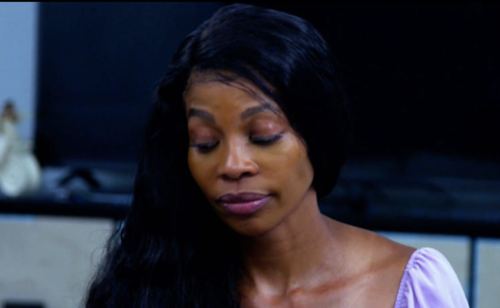 Tonight on Lifetime their hit series Marrying Millions premiere with an all-new Wednesday, October 7, 2020 episode and we have your Marrying Millions recap below.  On tonight’s Marrying Millions season 2 episode 9 called, “Put A Ring (Back) On It,” as per the Lifetime synopsis, “Rodney’s proposal could go either way since Desiry might not forgive him for his past betrayal. Bri realizes their 12,000 square foot mansion isn’t enough to separate the tension between her mom and Bill.

Reese has to choose between his mother’s wishes and his one true love. Rick returns from Springfield, hoping Erica will put her engagement ring back on. Donovan and Dani visit Dani’s father, which could either bring them closer to the altar or farther away from each other.”

Rodney proposed. He proposed by hiding a ring in Desiry’s champagne glass and she found it after some prodding and the rest was history. Desiry was very happy to say “yes” to his proposal. She couldn’t wait to marry him and she also extracted a promise from Rodney that he wasn’t going to cheat again. He learned his lesson. He almost risked losing Desiry and so he wasn’t going to take that chance again. Rodney proposed. His marriage proposal was accepted and now they plan their wedding. Desiry couldn’t wait to get wed. She and Rodney have been waiting for marriage before they have sex and so they really couldn’t wait to get married.

Nonie and Reese were also taking a big step in their relationship. They were moving in together. Reese was moving into Nonie’s house because you know she actually has a house and so it just made sense that Reese was bringing his stuff over. Only Nonie wasn’t prepared for his things. Reese had skateboards that were artwork and he wanted to hang them up. He also traveled with his clothes all in a garbage bag. He said he had to do laundry and so he just threw everything together. It had frightened Nonie a little bit when she saw it. She said just because she’s old enough to be his mother doesn’t mean she’s going to mother him. Reese will be doing his own laundry.

Reese also couldn’t just pile them up anymore. He had to be an adult about it and that’s more true now that his mother doesn’t want to be part of his decision. His mother told him she didn’t approve of him moving in with Nonie. She tried to bring up his dead father and what his father would think about the move. She also said she wouldn’t be coming over or in any way show approval for this and so Reese is losing his mother because of his decision to be with Nonie. He told Nonie about it afterward. She couldn’t believe his mother because she never would have forced Reese to choose between them and that could be why Reese is choosing her now.

Dani and Donovan were another couples that got engaged. They now have to get her father’s blessing. Dani’s father is from a traditional Mexican family and he didn’t approve of Dani living with Donovan before marriage. He’s expressed his feelings about it in the past and so Dani was worried about getting his approval now. She knows her father doesn’t necessarily like Donovan. Donovan doesn’t know their culture or their language and Dan’s father blamed him for the whole living in sin thing. And so Dani has a genuine reason to be concerned because her father might not give them his blessing.

Dani said she wouldn’t marry Donovan without her father’s approval. She was like Erica. Erica didn’t want to marry Rick without her father’s approval and she had even returned his ring once she found out he hadn’t gone to her father first. Rick was so distraught that he had to fix it. He went to Erica’s dad and he apologized for not coming to him first. He also asked for his blessing. Erica’s dad gave it to him because he knew Erica was happy with Rick and so Rick proposed again tonight. He really wants to marry Erica. He proved that with everything that happened and thankfully the wedding is back on.

There were a few issues with Rodney and Desiry’s engagement. He hadn’t wanted to tell his parents over the phone. He wanted to tell in person and he wanted to be on his own. Rodney knows his mother doesn’t really care for Desiry so much. His mother raised some objections about Rodney paying Desiry’s bills and travel. She also didn’t like that Desiry has dated wealthy men before and so Rodney’s mother was going to be against this engagement. This is why Rodney doesn’t think Desiry should be with him when he breaks the news, but he didn’t know how to tell Desiry that and so Desiry grew offended. She thought they should do these important things together.

Also, speaking of marriage, Brianna’s mother wondered when are Brianna and Bill going to get engaged. The couple was having a lot of fights when her mother lived with them and now that’s changed. Bri’s mother Sharon has got her own place. She thought that with that out of the way that now was time for Bri and Bill to look towards their future. Bri wants to get married. She told her mother she wants to get married and so the delay is on Bill’s part. Bill was terrified about getting married again. He also didn’t want to talk about kids. Sharon brought up kids because she said now that’s she’s seen how in love they are; she couldn’t wait for them to have a baby and so again the problem was turning out to be Bill.

Nonie and Reese have their own problem. It wasn’t just his mother that disapproved of their relationship. There was Nonie’s friends. Her friends haven’t really been coming over since the big move and she thought that was unfair. She’s seen her friends through divorces, custody arrangements, and funerals. The least they could do was come over now that Reese lives there. Nonie’s neighbors were also shying away because now Reese skateboards in front of the house with his friends and his friends look like guys that would normally get the cops called on them. And so that was another issue as well.

Erica couldn’t even enjoy herself going wedding dress shopping. She went with her friends and all her friends could do was question her decision to marry Rick. He’s too old. He would leave Erica raising a baby by herself and crap like that. Erica had to tell them that kids weren’t in their future. Rick didn’t want to have more kids. Erica did and she’s choosing to let that dream go in order to be with Rick. Erica, therefore, thought her friends were cruel to be bringing all of this up. She’s made her decision and she’s going to marry Rick. Her friends either got to jump on board or they might find themselves getting cut from the process.

Dani and Donovan were getting married. They told her father about it tonight and her father chose to give them his blessing.