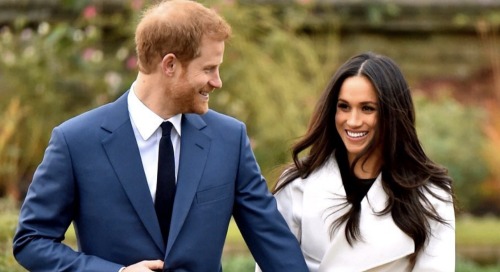 British royals news reveals that Meghan Markle has lost a preliminary ruling in her case against The Mail On Sunday. Prince Harry and Meghan Markle are engaged in long-running battle with the press. Prince Harry has said that he doesn’t want his wife to wind up a victim of the press like his mom, Princess Diana.

The Duchess of Sussex is currently suing the outlet’s publisher for breach of privacy and copyright infringement. Meghan claims that the Associated Newspapers, which owns The Mail On Sunday, reproduced parts of a handwritten letter that she had written to her father, Thomas Markle.

Portions of Meghan’s letter were published in The Mail On Sunday with the following headline: “Revealed: The Letter Showing True Tragedy Of Meghan’s Rift With A Father She Says Has ‘Broken Her Heart Into A Million Pieces.’”

Meghan says that the letter was private and confidential, and she’s seeking damages in the case. Associated Newspapers denies the allegations and promised to contest the case, saying that Meghan had no reasonable expectation of privacy and that she anticipated publication of the letter.

Well, Associated Newspapers has just won in its bid to have parts of Meghan’s case dismissed. These parts included Meghan’s allegation that the publisher acted dishonestly by publishing only portions of the letter, and that the publisher deliberately dug up issues between Meghan and Thomas.

In addition, the court struck down Meghan’s claim that the publisher had an agenda of publishing intrusive or offensive stories about her.

We should note that even though those particular allegations by Meghan have been struck from the case, the judge has said that these allegations don’t go to the “heart of the case,” and that they could be alleged again if they have a proper legal basis.

The case is going forward, and it should be a contentious battle between Meghan and the publisher. It looks like the key issue in the case is going to be whether Meghan had a reasonable expectation that the letter she wrote would remain private, and that there was no overriding public interest in publishing it.

But even though Meghan’s case took a hit in the ruling, it doesn’t necessarily mean that she’s likely to lose the case. Royal watchers can expect Meghan’s legal team to argue forcefully that she never anticipated that her private letter to her father would be published for the world to read.

The battle is really just beginning for the two parties, and we’ll keep you up to date on what happens with this case going forward. Be sure to check back here at CDL for more British royals news and updates.