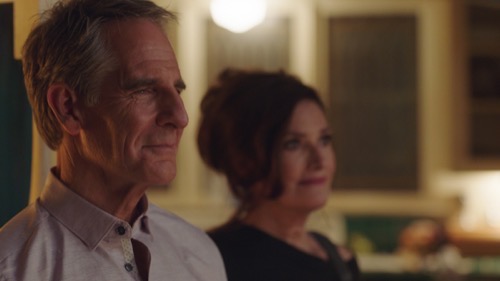 Pride must get creative in order to finally get rid of the dirty cops; the mayor asks Pride to join her new task force.”

The death of Officer Mark Palmer launched an investigation into dirty cops. This investigation only occurred because Officer Palmer was an informant who first turned against his fellow officers that were responsible for a series of excessive force complaints. These complaints weren’t run of the mill stuff and it even resulted in the death of an autistic young man.

Palmer had been a witness to this murder. He knew it for what it was and he didn’t want to keep quiet anymore. He wanted to tell the world the truth. He died before that could happen and so the Mayor launched an investigation. The Mayor didn’t want this sort of thing to happen on her watch. She pledged to clean up the city and that’s what she’s trying to do. And so that’s why she involved Pride.

Pride is an old friend of the Mayor’s. He’s also a federal agent who doesn’t fall under NOPD jurisdiction and so he can do something Internal Affairs couldn’t. He could run a shadow investigation. An investigation into dirty cops with the intent of cleaning up the entire department. Pride and his team found the man who murdered Officer Palmer. He was a hired gun and he himself was killed before he could talk.

The dirty cops were quick to clean up after themselves. They didn’t leave loose ends lying around and so that proved a problem for the team. They kept trying to find new angles to investigate, but every time they do, they were stopped because someone mysteriously died or people didn’t want to talk.

NOPD people sure didn’t want to talk. They were all afraid if they spoke up that they would deal with retaliation at best or be murdered like Palmer at worst. This didn’t stop the team from still trying to investigate. The team went to the Police Academy to ask about the ringleaders of dirty cops and they heard that both Detective Blakely and Officer Yates were middle of the group.

The two men didn’t show any red flags and the officer in charge at the academy thought the men would go on to prosperous careers. He didn’t know that the two officers would consistently put men and women in the hospital or that they lived to threaten their own. Yates and Blakely terrorized everyone around them and they even try to do that to Pride.

SWAT was sent to Pride’s home. They were given information from a criminal informant that a wanted man was at Pride’s home and so SWAT hit the building with a no knock warrant. Pride and Rita were home when they did. The couple was thrown to the ground and arrested before they were finally allowed to identify themselves.

Pride identified himself as a federal agent. He and Rita both later received an apology from SWAT and that wasn’t enough for Pride. He went down to the police station. He found Blakely who was the only one with enough power to get a warrant like that and he put his hands on him. This event was witnessed by several. It made the team look bad and it made their investigation into the dirty cops look suspect.

This was exactly what Blakely wanted. He wanted to turn things around on Pride and he did. Only Pride was reminded of something. He was reminded that Blakely wouldn’t have come after him so strongly unless he did something that got under Blakely’s skin and so Pride tried to figure out what that was. Pride into look into recent events.

He realized that the only thing they did that could have angered Blakely was by going to the police academy and by talking to Commander Campbell. Campbell had tried to claim that Blakely and Yates wasn’t a problem. He also tried to claim that he did his best to train police officers and those same officers would next be told to forget everything by their Field Training Officer. The team had thought Campbell was trying to push the blame.

They only realized later on that Campbell must be at the root of the problem. The team also found out that Officer Yates hasn’t been reporting his side work as a security guard to IRS and so they personally flew in an IRS Agent. Pride told Yates that he could either talk to him about Palmer or talk to IRS about tax evasion.

Yates chose the IRS guy, but in such close proximity, Pride was able to see that Yates has the same tattoo as Commander Campbell. Like if they were both part of a fraternity. Brotherhoods and fraternities within the police department has been a long time thing and it also means the team can go after the officers involved because this was sounding like organized crime.

The team was going to make a case for RICCO. They wanted to take down all the dirty cops that were a part of this fraternity and so they reached to the Department of Justice. Only their petition was turned down. The people in power needed more evidence against the dirty cops and so the team still has a lot of work to do. They did some digging.

They uncovered that several officers in the fraternity was working side jobs while they were supposedly on duty and that was a firing offence. The officers were all fired. This included Blakely who promised Pride this wasn’t over and so Pride told him to take the loss with grace because now he couldn’t expect to hide behind that badge of his. And so Pride felt great about getting rid of so many dirty cops at once.

He went home to Rita. They were making dinner when the Mayor came by and she thanked him for all the work he did on the Palmer case. It still felt unfinished to him, but he got rid of many of the players and his work brought him back to the Mayor’s attention. The Mayor wants Pride to join a task force she’s putting together to help New Orleans once Covid is done. And so now Pride just had to decide if he’s in or not.