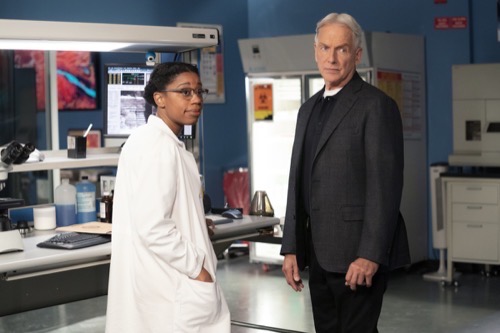 Tonight on CBS NCIS returns with an all-new Tuesday, November 24, 2020, season 18 episode 2 called, “Everything Starts Somewhere” and we have your weekly NCIS recap below. On tonight’s NCIS season 18 episode 2, “Everything Starts Somewhere,” as per the CBS synopsis, “Flashbacks reveal the murder case that first introduced young Gibbs to NCIS and his introduction to young, new-to-America Ducky.”

It’s the twentieth anniversary of the day McGee decided to become an NCIS Agent. McGee was excited to celebrate this moment in time and he invited the team out for drinks. He even invited Gibbs. He knew Gibbs didn’t like going out or having fun and he still invited Gibbs because he thought Gibbs would want to be there for his anniversary. However, Gibbs turned him down. Gibbs told him that he was done with celebrating anniversaries and McGee didn’t know what he was talking about. What other anniversaries has Gibbs been celebrating? McGee didn’t know about any other anniversary and he was only forced to drop the subject now because the team caught a case.

The team was called to the scene of a suspicious death. The victim carried identification that claimed he was NCIS Special Agent Ronald Calloway and that didn’t make sense because there is no Agent Calloway in the whole of NCIS. The team checked. There was no such agent and they couldn’t run their dead man’s fingerprints because those were burned off. The murder victim was John Doe. He was that until Kasie got a hit on a DNA match. She learned their John Doe was in fact Maurice Zucado of the infamous Zucado family. The family was a group of petty crooks and Gibbs had a run-in with one years ago.

Gibbs was actually kidnapped once by a Rinaldi Zucado who went by the name Ringo. Ringo put a gun in Gibbs’s face years ago and he forced Gibbs into the trunk of his car. Gibbs had been on his way to meeting his girlfriend Shannon. He was in a public place and he didn’t want to risk anyone else so he quietly went with Ringo. Only he never did find out why Ringo kidnapped him. Ringo was involved in a car accident that finished him off after he suffered multiple stab wounds and so he died before he could use and/or kill Gibbs. Gibbs was found in the man’s trunk. He was freed and the NCIS Agents at the time had never figured out why Ringo kidnapped this Marine Sergeant.

Now, years later, Gibbs is investigating the death of another Zucado. He doesn’t think it could be a coincidence and so he talked to the one person he knew from that time. He talked to Ducky. Ducky had just joined NCIS when Gibbs’s case came around. The two men quickly became friends and so Gibbs only told Ducky what he was really thinking. He didn’t talk to his team. Gibbs later got an update from his team in which they told him that their Zucado has been in and out of prison. He was ne’er-do-well. The team still didn’t know why a man like that would be poking around an NCIS building because that’s where the man died and so Gibbs told them that the Johnny Zucado would know.

John Zucado was in charge of the crew back in the day. Gibbs met him because he was hanging with Ducky one day and Johnny’s people had kidnapped them off the street. He and Ducky were then taken back to Johnny’s lair. They were beaten and interrogated. Johnny wanted to know what Ringo told the NCIS Agents. Ringo it seems had stolen something from his cousin and Johnny wanted it back. He didn’t want the NCIS Agent to find it before he did. Johnny interrogated both Gibbs and Ducky until Ducky told him that they had found Ringo dead. He never got a chance to tell NCIS anything.

Johnny was relieved to hear that. He also thought he didn’t need Ducky and Gibbs anymore and so he had been planning on killing them, but Gibbs stopped him. Gibbs told Johnny that if either he or Ducky disappeared that it would raise red flags. NCIS would search for them and there would never leave the Zucado organization alone. Gibbs was able to convince Johnny to let them go with just a warning. They were told they couldn’t tell anyone about their run-in with Johnny and they never did. Not until now. Ducky told Kasie and Kasie someone else and soon the rumor mill was turning what happened into a Greek tragedy.

Even Vance heard about it. Vance and Sloane both made themselves available for when Gibbs brought in Johnny Zucado and so they both saw Johnny walk. Johnny had been facing charges that he managed to make disappear by killing a witness. So, he was free and clear and he had no reason to be a part of what his cousin had been up to. His cousin Maurice was trying to hack into the Carolina NCIS computer system when he died and the team originally thought he was doing so because he was trying to get rid of the evidence against Johnny. Except Johnny wouldn’t have gone to the trouble of killing a witness if he could simply destroy the evidence on the computer system.

Johnny claimed not to be involved in what Maurice was doing. He might be right about that and everyone could see it. Everyone besides Gibbs. Gibbs still wanted to take down Johnny. He has never forgotten the not-so-gentle interrogation he suffered or that Ducky suffered. He only let it go back then because he and Ducky realized there was a mole at NCIS at the time. Ducky had solved that case as well. He figured out the construction worker that was updating the building had the same rare genetic marker that Ringo did and so he helped root out the mole. He also told Gibbs back then that he should let it go and get back together with his girlfriend Shannon.

Gibbs went on to marry Shannon. They had a daughter named Kelly and they were happy for a time. Gibbs, unfortunately, lost both his wife and his daughter years ago. His wedding anniversary to Shannon was recent. It was the anniversary that he had been talking about with McGee and McGee found out which anniversary Gibbs meant. He felt more than ever he should take Gibbs out for a drink. He and the team were trying to find a way to do that when this case came back at them. They finally learned why Maurice was in the building. He was there because his cousin Emilio had stashed a keycard there all those years ago.

It was Emilio that Ducky figured out was the mole. Ducky alerted the proper authorities and Emilio had needed to go on the run. He chose to stash the keycard in the building. He ran off to Mexico and he’s been there all these years when his cousin Johnny finally found him. Johnny wanted the keycard. It was his before Ringo stole it. He wants it back because it could incriminate him and that’s why he sent his cousin Maurice to the building. Maurice went in with Emilio’s directions. He got turned around and he suffered an asthma attack. He later died from that asthma attack because he was too stupid to walk with a pump else he is discovered.

And so NCIS found this keycard and they were finally able to take down Johnny Zucado.