Prince Charles Could Never Give Up Camilla Parker-Bowles, Queen Elizabeth, Princess Margaret Both Knew It 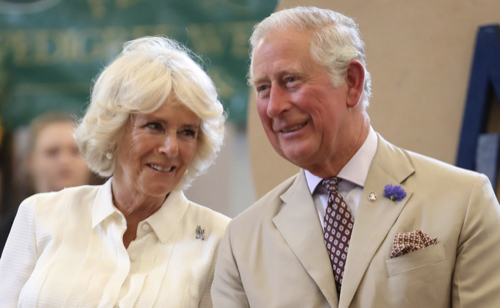 Camilla Parker-Bowles is considered to be the love of Prince Charles’s life. After all, the two met back in 1970, years before he married Princess Diana. However, Charles and Camilla were not allowed to wed. Despite both going their separate ways, Charles could never give up Camilla. Apparently, both Queen Elizabeth and Princess Margaret knew it too.

An Unconventional Love Story – Although Charles and Camilla’s affair was a scandal that some have never forgiven either of them for, they actually do have a love story. It goes all the way back to 1970, many years before Princess Diana’s wedding. That is when Charles and Camilla met through a mutual friend and fell in love.

However, Camilla was not considered to be a suitable bride and then Charles went away on military duty. When he returned, he was heartbroken that the woman he loved had already married someone else.

Princess Margaret’s Prediction – According to a documentary, Princess Margaret reportedly always knew Charles could never give up Camilla. That prediction turned out to be accurate as the two had an affair on-and-off for years. After Diana’s death, the two wed in 2005 and Camilla is now known as the Duchess of Cornwall.

Queen Elizabeth Helped Keep Affair Secret – According to Express, Queen Elizabeth also knew that Charles couldn’t give up on Camilla. Once she became aware of the affair, she took steps to help keep it secret. However, it wasn’t because she approved. It was to simply avoid a scandal, which was why she allowed the pair to use her Scottish residence to meet in secret.

Loving Camilla Parker-Bowles – It seems that Charles and Camilla’s meeting in 1970 was fate. While we don’t condone extramarital affairs, the two are now married to each other, just like they originally intended. It seems that many people have moved on from the scandal and accept Camilla as part of the Royal Family. Others will never forgive and forget, though.

What do you think of Charles and Camilla? Are you surprised that Queen Elizabeth and Princess Margaret knew that the Prince of Wales could never give up the woman he fell in love with all those years ago?

Be sure to catch up on everything happening with the Duchess of Cornwall right now. Come back here often for Camilla Parker-Bowles news, updates and rumors!