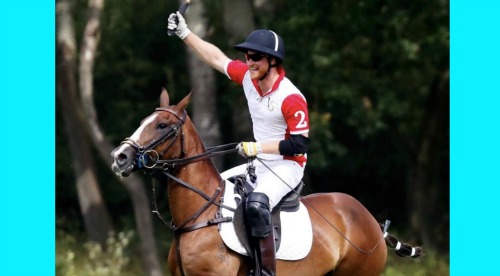 British royals news reveals that Prince Harry and Meghan Markle are coming under some criticism for a choice they made recently to travel in a gas-guzzling SUV. This past weekend, Harry and Meghan stepped out for an appointment in Beverly Hills, and their choice to ride in a Cadillac Escalade has been raising eyebrows ever since.

As royal watchers know, Prince Harry has been pretty vocal in the past about environmental concerns and making better personal choices about helping the environment.

In a speech last year, Harry said that “we can all do better” when it comes to the choices we make. Some are calling his and Meghan Markle’s decision to use a low-miles-per-gallon SUV to get around a questionable choice.

This comes after the couple has faced criticism in the past for their use of private jets to get around, and for flying a fleet of five Land Rovers to Africa for one of their visits.

We should note that Prince Harry launched a company called Travalyst, which is a global initiative focused on encouraging more sustainable and environmentally friendly travel. At the launch, Harry claimed that he was learning that “we cannot dismiss the idea of trying to do something just because we can’t do everything.”

Harry went on to say that everyone can do better, that “we are all responsible for our own individual impact.” Well, recently, Newsweek reported that Prince Harry and Meghan Markle’s own carbon footprint could be as much as 26 times higher than the average Briton.

The outlet cited a report by Norman Baker, which claims that Prince Harry and Meghan Markle took at least 53 international flights last year, including 18 on private jets.

Baker told The Sun that “the self-appointed eco-warrior, who likes to lecture everybody else on climate change, is on the top one percent of people on the planet for carbon emissions.”

Baker also opined that the 24,500 square foot mansion where Prince Harry and Meghan Markle are living is likely not that environmentally efficient, either. As you may know, Harry and Meghan are currently living in Tyler Perry’s mansion in Beverly Hills following their exit from the UK.

So, even though Prince Harry claims to “have always offset my CO2,” it seems that Baker and others are of a very different opinion about the matter. One thing’s for sure – it seems that people are watching what Prince Harry and Meghan Markle do very carefully, and given how vocal Harry has been about environmental issues, he might what to rethink the gas guzzler. Be sure to check back here with us here at CDL for more British royals news and updates.