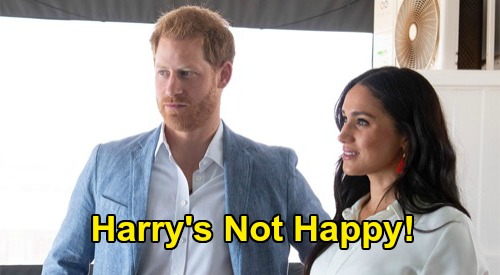 Various sources report that Prince Harry is quite angry with the Royal Family right now. Apparently, tensions are continuing to run high despite hopes that the separation would simmer down the volatile situation.

Prince Harry feels like he and Meghan were always treated differently than the rest of the family. Although no names were mentioned, he is obviously referring to Prince William and Kate Middleton, the Duke and Duchess of Cambridge.

Royals news suggests that Harry is also upset that the family didn’t welcome Meghan with open arms. He is also accusing them of not doing enough to protect the former actress. Although he didn’t specify what she needed protecting from, he could be referring to the negative press about his wife. The media was much kinder to Kate than to Meghan.

This might be part of the reason Harry and Meghan initiated “Megxit.” Perhaps it was his way of trying to protect his family from further emotional stress. 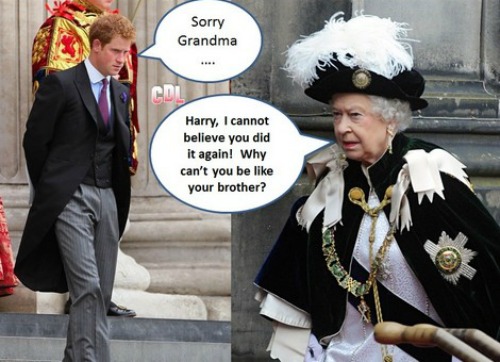 Many people expected the time and space apart from the Royal Family to smooth things over. However, that hasn’t happened. There are rumors that the situation is still tense, especially with the recent news that Harry and Meghan must stop using the term “royal” in their brand.

An In Touch insider also teased that Harry feels it’s unfair that other royals are allowed to have lives outside the family, but he and Meghan are not.

“Harry thinks it’s unfair that there’s one rule for him and Meghan and another for his cousins. The way he sees it, [Princesses] Eugenie and Beatrice are allowed to have lives outside of the family and are still royals so why can’t he and Meghan?”

What do you think of the whole “Megxit” ordeal? Do you believe Harry and Meghan have a right to be upset? Or do they want to have their cake and eat it too? Let us know how you feel in the comments below.

Be sure to catch up on everything happening with Prince Harry and Meghan Markle right now. Come back here often for Royals news, and rumors!