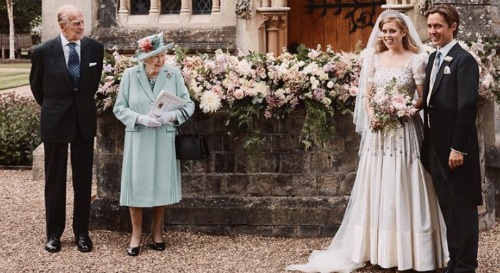 British royals news reveals that Princess Beatrice has married Edoardo Mapelli Mozzi in a small, private ceremony behind closed doors. Reports say that the ceremony occurred on Friday morning and included around 20 guests, including Queen Elizabeth and Beatrice’s mother Sarah Ferguson. Sources are conflicting as to whether Beatrice’s father, Prince Andrew, attended.

The ceremony took place at All Saints Chapel at Windsor Great Park, which is where Queen Elizabeth worships when she stays at Windsor. The wedding is reported to be an intimate affair, necessitated by the coronavirus pandemic.

Princess Beatrice and Edoardo were supposed to be married at the Chapel Royal in St. James’ Palace in London back in May, with considerably more guests and a reception, but it seems that they decided to go on with the wedding and keep the ceremony small, with no reception.

Buckingham Palace stated: “The private wedding ceremony of Princess Beatrice and Mr. Edoardo Mapelli Mozzi took place at 11am on Friday 17th July at The Royal Chapel of All Saints at Royal Lodge, Windsor.” 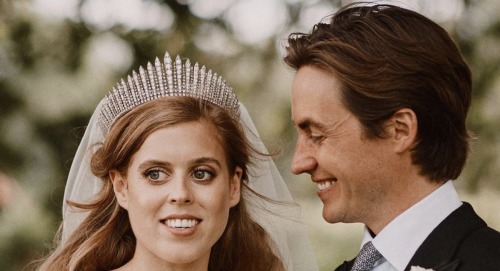 The statement went on to explain that Queen Elizabeth and Prince Philip attended and that it took place with all relevant government guidelines.

A source told the Sun that Princess Beatrice and Edoardo very much wanted Queen Elizabeth to attend the wedding, so the wedding needed to occur before the Queen went to Balmoral.

The timing was right, and the whole thing seemed to come together well. People Magazine reported that the wedding was planned “for some time” and that everyone who attended was in good health to protect Queen Elizabeth.

Princess Beatrice and Edoardo Mapelli Mozzi have been engaged since September 2018, and they’ve had to postpone their wedding more than once. As you might know, Princess Beatrice is not a full-time working royal, as she works for artificial intelligence software firm called Affinity. There, she is VP of Partnerships and Strategy.

Edoardo Mapelli Mozzi is a real estate developer for Banda Property and a count in his own right. He is the son of former Olympic skier Count Alessandro Mapelli Mozzi and Nikki Williams-Ellis. Edoardo has a two-year-old son, Wolfie, with his ex-fiance, so Princess Beatrice has now become a stepmother.

Be sure to check back here at CDL so you don’t miss any of our British royals news and updates.