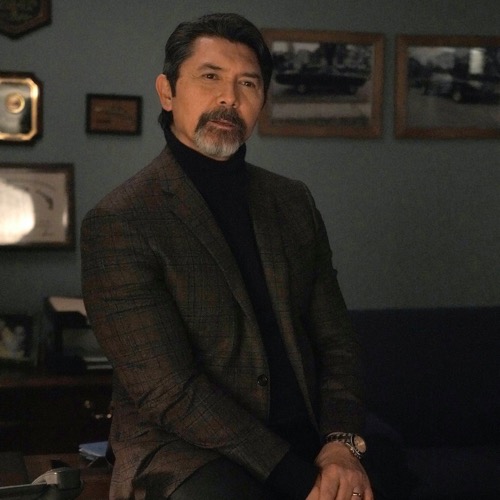 Tonight on FOX their new crime franchise Prodigal Son airs with an all-new Monday, January 27, 2020, episode and we have your Prodigal Son recap below.  On tonight’s Prodigal Son season 1 episode 12 called, “Internal Affairs,” as per the FOX synopsis, “Following a mysterious and catastrophic incident in the precinct, Bright faces an internal affairs review as Gil and the team worry about his mental health.”

Gil preps Malcolm to talk to the internal affairs psychiatrist. Gil makes sure that Malcolm knows not to underestimate the man. The meeting is to see if Malcolm is mentally competent to continue being a consultant. He also wants to know about Malcolm‘s recent meltdown in front of several officers at the precinct after his run-in with Watkins. Malcolm tells him about how he return to work right after the incident and all of his coworkers were surprised. They were investigating a male body found in potters field that was discovered in the grave. Malcolm describes the crime scene he feeds off for a moment recalling but not sharing seeing his younger self in a grave. When the psychiatrist asks what he is thinking about he lies.

Malcolm shares the start of the investigation. It appears their victim may have been part of a cult. His name is Tristan and it appears he ran away. The team goes to meet the leader of the cult well Malcolm pretends to have gone home and gone to bed when he was actually, in fact, enrolling to join the cult. Malcolm ends up meeting with the leader of the cult who wants to try to purge his memories and ease his pain much as they did with Tristan. Malcolm lets him and his team shock him, telling the psychiatrist who cannot believe it.

Malcolm continues to share how he spoke with the leader’s assistant, Andy. She has also gone through shock therapy more than a dozen times. She did it because she had bad parents and she is also scared of this high-end cult. The knew Tristan. Malcolm talks her into leaving with him. He can protect her. While on the street, Malcolm phones Gil while Andy is scooped up right in front of him and kidnapped.

Malcolm wants Gil to arrest the leader of the cult but he can’t, he has nothing to arrest him for. The leader arrives at the precinct, seeing Malcolm, he tells him that “they” took Andy not him. Malcolm pauses his story to talk about trauma. The psychiatrist admits he knows a thing or two personally about trauma – his daughter died in a car crash.

Malcolm and the team catch a lead in the case, a cult deprogrammer. Malcolm believes there is another deprogrammer, one with more power. He begins working obsessively on the case. When Gil tells him to go home, take a break he freaks out and locks himself in a room, shocking himself. He wiped out the precinct’s electricity. He had to. He needed to get rid of the feelings about what he realized during the case – his dad tried to kill him at age 10. Malcolm admits that the hallucinations he has been having stopped when he was shocked by the cult. The psychiatrist reveals after what he has shared he cannot sign off on him continuing to work for the precinct.

If Malcolm is declared incompetent than what will happen to Andy? The psychiatrist doesn’t know but his identity quickly begins to unravel when he acknowledges that Andy is a woman. Malcolm never mentioned that and now he knows that the doctor is actually the cult deprogrammer who works for IA. He pulls a gun on Malcolm after the team comes to the windows. The room is wired and they have all been watching. Malcolm begins talking to distract him and then shocks him. They need to find Andy. After some brainstorming and recalling his story, Malcolm remembers him mentioning a cottage. The team rushes there and saves her.

Later, Gil asks Malcolm if he is ok. He admits he doesn’t think he is. Gil is glad he can admit this. He needs a break, to go to the beach. He demands he stay away for 2 weeks.