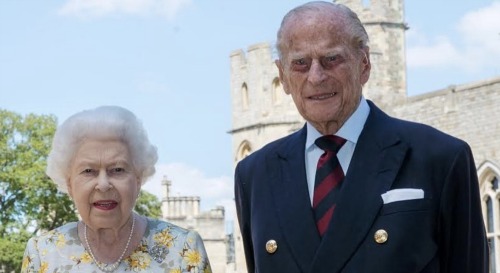 British royals news reveals that Queen Elizabeth will almost certainly be staying put at Windsor Castle for the foreseeable future. As royal watchers may know, several other members of the royal family have been out and about this week, making public appearances with the appropriate social distancing and safety measures in place.

On Tuesday, Prince William visited with emergency medical technicians at the King’s Lynn Ambulance Station at the Queen Elizabeth Hospital in Norfolk. Prince William wanted to thank the frontline workers and make sure they were tending to their mental health during the coronavirus situation.

Prince Charles and Camilla Parker-Bowles also met with hospital personnel at Gloucestershire Royal Hospital, and thanked workers there as well.

But what about Queen Elizabeth? Well, even though the 94-year-old Queen made an appearance at the annual Trooping the Colour celebration for her birthday this year, sources say that it will be unlikely that the Queen will resume any additional public appearances as Prince Charles, Camilla Parker-Bowles, and Prince William have this week.

In fact, palace aides are reportedly keeping Queen Elizabeth’s calendar clear in terms of public visits given the ongoing coronavirus situation. A source recently told The Sunday Times that “The Queen won’t do anything which goes against the advice of people in her [age] category, and she’s going to take all the appropriate advice. There are discussions what we could do and couldn’t do come October.”

But while the Queen may not be making public appearances right now, sources say that she is keeping a full schedule while she’s in isolation at Windsor Castle. A spokesperson says that Queen Elizabeth “continues to be busy and will follow appropriate advice on engagements.”

As you might know, the Queen recently made her very first public video call with Princess Anne, and she’s also made some video addresses during the coronavirus lockdown as well. Sources also say that Queen Elizabeth will likely stay at Windsor castle for the time being. The Queen and Prince Philip have been sheltering in place there since March 19th.

At any rate, don’t expect to see the Queen out and about for regular public appearances just yet – it will likely be in autumn when she steps out once again. Be sure to keep CDL bookmarked for more British royals news and updates.