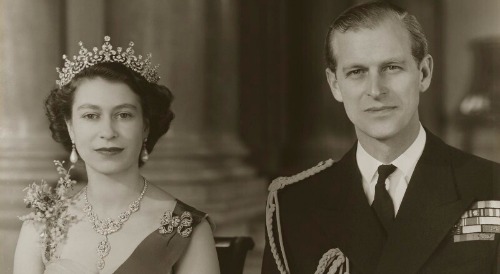 British royals news reveals that Queen Elizabeth and Prince Philip will be celebrating their birthdays in June, albeit in a scaled-back manner. The 94-year-old Queen was going to be honored in the traditional Trooping the Colour Parade, but due to safety concerns and the lockdown, the ceremony will not be taking place as it had been planned.

However, the good news is that a smaller, scaled-back version of the event will occur at Windsor Castle on Saturday, June 13th. At the present time, it is unknown exactly which royal family members will be in attendance. Us Weekly reports that “there will be a small, brief ceremony at Windsor Castle to mark the Queen’s official birthday.”

Queen Elizabeth’s actual birthday is on April 21st, but the occasion is marked officially usually on the second Saturday in June. The British royal family’s official website states that this is because there is “a greater likelihood of good weather for the birthday parade” than if it were held back in April.

Chances are, Prince Philip will video chat with his relatives on his special day, as the royal family has done for other birthdays during this time of isolation. We should note that Prince Philip has largely stayed out of the public spotlight since he retired from public duties back in 2017, and given that tendency plus the current situation, we doubt that will change on his birthday.

It will be interesting to see who is able to show up for the Queen’s celebration on June 13th, and whether Prince Philip will be in attendance at the event.

Given that the celebration will necessarily need to be smaller than normal, but it’s positive that the occasion will be able to be celebrated in some fashion. Be sure to check back here at CDL for more British royals news and updates.