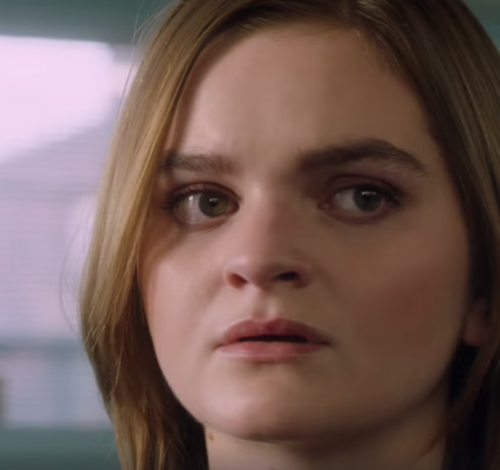 Tonight on Showtime Emmy Award-winning drama Ray Donovan airs with an all-new Sunday, January 12, 2020, episode and we have your Ray Donovan recap down below.  On tonight’s Ray Donovan season 7 episode 9 called,  “Bugs,” as per the Showtime synopsis, “Ray asks Judge Scholl for help so he can clear his name; Daryll is cornered by the Sullivan family; Smitty tries to defend what he did to Bridget; Terry meets a new friend at physical therapy.”

Tonight’s Ray Donovan season 7 episode 9 is going to be exciting.  So be sure to bookmark this spot and come back from 10 PM – 11 PM ET for our Ray Donovan recap.  While you wait for our recap make sure to head over and check out all our Ray Donovan news, recap, spoilers & more!

Ray is outside, he is handcuffed and put in the detective’s car. He is brought into the police station, they play the tape back to him. Ray says he did what he did because they took his daughter, they were running a kickback scam. Ray says the mayor of New York city called a hit on IAB investigator; he can’t prove it but he can bring in judge Scholl.

Daryll is still driving around with Jasmine dead in his car.

Ray is released, he heads to the courthouse, breaks into the judge’s office and puts a tap on his phone. Ray gets home, he starts thinking about when he was younger. The next morning, Bunchy wakes up, Ray tells him he needs to go to Staten Island.

Terry visits the woman in the hospital, he gives her back her precious jewel, she is thrilled. She asks him how he is doing and tells him to take care of himself, go to physical therapy. Then she tells him that the man he is going to be standing on a mountain.

Bunchy is in Staten Island on a job for Ray, he is watching the judge and taking pictures. The judge arrives at his office, Ray tells him he has to talk, they go in his office and he shows him that there is a bug in his phone.

Mickey arrives in the office, he is there to see Franky Lee. He wants to move 20% of Sullivan Industries and is looking for help. He told them the estimated value is 2.4 billion. The woman tells Mickey to come back when he has the paper. Mickey asks how much will they lose to convert to cash, she says 65 million less her 20%.

Ray is sitting down with the judge, he says he is telling the police everything, he made a deal, he gives them what they want and he walks.

Terry goes to physical therapy, he is partnered up with Arty.

Bunchy is still taking photos, he is parked outside the judge’s house. She calls her husband to tell him, he doesn’t answer the phone.

Ray thinks back again to when he was young, his sister starts crying in the car with him and when he asks her why she tells him to mind his own business.

Bridget is packing up her thinks, she is leaving Smitty. He tells her that he loves her and knows that she thinks he screwed up, but he did everything he did for her. She is furious, he wore a wire to save himself and throw her and her father under the bus. He says he did it for her, she tells him she never wants to see him again and leaves.

Bridget is outside the building and she is met by the police, and arrested. Smitty looks out the window and he sees what is happening, he runs downstairs, but it is too late. Meanwhile, Daryll is still driving around with the Jasmine, he stops, leaves the car in front of a building, gets out, grabs the papers in the trunk and walks away. People on the sidewalk can’t believe there is a woman’s bloodied in the car and the man just left her.

Daryll calls Declan and tells him, he killed Jasmine, he can explain it to the cops. Jim calls Ray and tells him he has a problem, Declan went after Daryll and made a mess of things. Jim says he needs help before this escalates into a war between their families.

The judge’s wife is getting upset, Bunchy is still following her.

Bridget is in the police station, there are photos of corpses that are severed heads all over the wall in front of her.

Smitty goes to see Ray, he tells him that the cops have Bridget, then he says he did it for her. Ray doesn’t say anything, he just leaves. Mickey is there, he saw Ray take off, asks Smitty where he is going, but he doesn’t know. Mickey asks if anyone head from Daryll, Smitty says he doesn’t know.

Terry is speaking to Arty, their session is over. Terry says his profession as a therapist, takes his mind off his problems. Terry says too bad his family weren’t patients of his, if they had money, he would make a fortune.

Ray tells Bunchy to go to the courthouse, kill the judge and make sure he sees him.

Mickey is with Smitty by the water, Smitty says he should kill himself. Mickey says everyone is rat sometimes, they have to do what they have to do. Then Mickey asks him if he ratted out him, he says no. Mickey then asks him to go to the bank with him to open an account, there is a $100,000 in it for him.

The judge is walking up the stairs to the courthouse, he looks nervous, the judge calls the mayor and demands to speak to him; he looks behind his shoulder and sees Bunchy, then goes into his office and locks himself inside.

Ray is I a parking garage, he cuts a wire for surveillance video. Ray gets a call from the mayor, he says that the judge is going crazy and saying irrational things. Meanwhile, we see Daryll in a motel, he calls his mother, and says that he is going to be taking a trip.

The judge leaves the courthouse with Bunchy on his tail, Ray is looking from the parking garage. All of a sudden, the judge’s car blows up.

Ray has the judge in the car with him, they are driving down the highway, he gets a call from Claudette who tells Ray that Daryll sounds like he is in real trouble and now she can’t get in touch with him. Ray says he will find him and hangs up on Claudette.

Ray drops the judge off at a cabin and leaves him with the cops, he tells him that he will be safe.

Ray thinks back to his childhood, he picks up his sister and she looks upset, she is crying. She asks him to please take her home, she says she takes shit from Gary and doesn’t want to take it from him. Ray says he thought she liked babysitting.

Ray knocks in the motel door, Daryll says to come inside, Sullivan told him where he was. Daryll tells him to walk away or he will kill him. Daryll says that Declan shot his girl. Daryll tells Ray to leave again. Ray says this is not the way to get even. After he shoots Declan he will be running for the rest of his life. Daryll asks why he cares, Ray says he is his brother. Daryll is hysterical, he says now you are my brother and raises the gun, pointing to Ray. Then Daryll takes the gun, puts it to his throat, Ray says he has been there, give him the gun. Daryll gives in, he gives the gun to Ray and starts to cry. Ray takes the briefcase, tells Daryll to sit tight, he will fix this, he promises. Daryll tells Ray to kill Declan.

Ray calls Bunchy, asks him to head over to the motel, pick up Daryll.

Smitty is still with Mickey, who now got himself a bottle of booze. Mickey gets a call from Frankie Lee, says it is good news and its good that they got the back account.

The judge is in the cabin with the cops, he is telling everything about the mayor and the kickbacks.