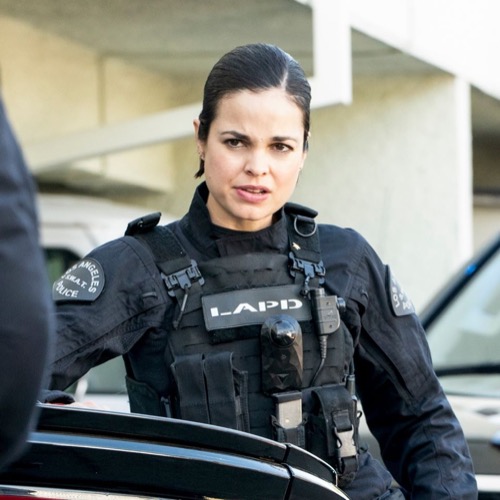 Tonight on CBS their new show S.W.A.T. inspired by the television series and feature film airs with an all-new Wednesday, March 11, 2020, episode and we have your S.W.A.T. recap below. On tonight’s S.W.A.T. season 3 episode 15 called “Knockout” as per the CBS synopsis, “Deacon’s second job places the SWAT team in the middle of a kidnapping case when a prize fighter’s wife is abducted.

Also, Hondo’s young charge, Darryl, becomes frustrated with his lack of paternal rights regarding his infant son, and Tan prepares to introduce his critical mother to his girlfriend, Bonnie.”

Deacon found himself a second job. He has four kids, a wife, and a mortgage. He needed all the help he could get and his former team leader gave him a job in private security. Deacon’s first job with them was to work security at a prizefight. The fight was between up and comer Torres and a man needing a second chance named Maxwell. Both men have prepared for this fight. They worked towards it and they had gotten everything in order to win this fight. This fight was going to be a match of the century. Deacon was so busy that he asked Chris to come on and so they were both working this one event when everything went wrong.

They were in the room with boxer Torres when he learned his wife was kidnapped. His wife Esther is seven months pregnant and she was kidnapped from her hotel. Deacon and Chris called the crime in and unfortunately the hotel’s security cameras were wiped. This was a well-organized plan to kidnap Esther. Her kidnappers knew what they were doing and they were also smart enough not to ask for money. They wanted Torres to throw the fight. They said they would return his wife afterward and the police knew that wasn’t true. They knew these kidnappers will kill Esther the moment her husband throws the fight.

They simply wouldn’t need her anymore. Esther was a liability and so SWAT tried to find her before the fight. They went to all the usual suspects. They checked on whoever was making major bets on the fight and they ran into some of Esther’s family members who were also looking for her. Her family well-intentioned but they got in the way. No sooner did Hondo tell them to sit this one out that he got a call from Deacon. Deacon followed a suspicious man from the arena and it led him to Esther. He was on the phone with Hondo when as he was freeing her from her restraints. He was almost finished when the kidnappers came back and found him.

Deacon made sure to play dumb. He pretended to just be a security guy. He said he followed one of them who was acting oddly and that he came across Esther by accident. Deacon didn’t reveal he was a cop. He made sure to drop his badge at the scene and he let himself be taken. They took both Deacon and Esther to a second location. Only Deacon made sure to give Hondo a clue before he was moved. He mentioned a crook they took down together and the guy was memorable because of a birthmark. The birthmark was something everyone noticed right away. One of the kidnappers also had a distinctive birthmark and so that told Hondo that he was their guy.

Deacon’s last clue helped the team identify their suspect. They were paying attention to him and looking for both Deacon and Esther. The kidnapped pair, however, had put forward their own plan. Deacon revealed to Esther that he was a cop. He told her that backup was coming and he asked her to fake labor. She was supposed to pretend as she went into labor early. She did that and Deacon told their kidnappers that he knew how to help. He tried to get them to free him of his handcuffs and they refused to buy it. They didn’t care if Esther went into labor or if she and her baby died. And so Deacon ran out of ideas.

His team thankfully was still working towards his release. They found their guy and they hacked his phone without him knowing. They tracked him and his friends back to an old movie theater. The theater has been closed down for a while. It was practically abandoned and so it was the perfect place to stash two people. SWAT armed themselves. They then moved out to go find their friend and it turns out Deacon had made things easy for them. He ended up getting out of his restraints and he freed Esther as well. He got her and he hid her in another part of the building. He asked her to stay quiet and that way everyone would assume that she got out.

Deacon meanwhile started taking down the kidnappers. He was doing that as his team was moving on the building and so together they saved the day. Esther was later found by SWAT. She was removed from the building and that meant there was nothing stopping the team from using deadly force. They managed to get all of the bad guys. They also got Esther treatment because she actually did go into labor. The team passed on the message that she was okay to Chris and Chris told Torres. Torres no longer had to throw the fight. He instead put everything into his punches and he knocked out Maxwell.

Torres won his fight. He also was reunited with his family and so they’ll be okay. Torres and Esther later thanked Deacon for all his help. But Deacon had some good news. He found them an immigration lawyer and so they didn’t have to worry about being sent back to Cuba. If they wanted to stay, they now can and so that was even more reason to thank Deacon. He didn’t do too badly on his first day in private security.

Tan also had his own moment with his mom. His mother has always favored his brother and so he hadn’t wanted to introduce to his girlfriend, but he was ready to take the next step with Bonnie and the only way forward was to get over his fear. He later introduced his mother to Bonnie and she loved her.