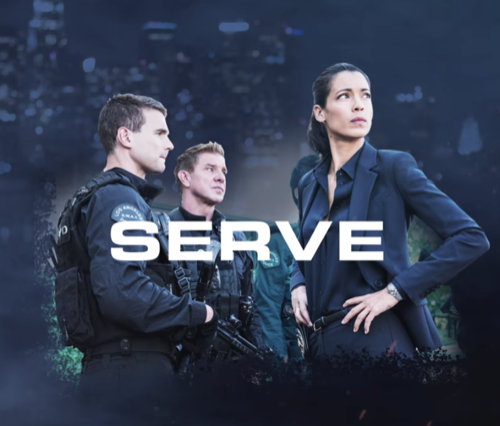 Tonight on CBS their new show S.W.A.T. inspired by the television series and feature film airs with an all-new Wednesday, January 15, 2019, episode and we have your S.W.A.T. recap below. On tonight’s S.W.A.T. season 3 episode 10 called “Bad Cop” as per the CBS synopsis, “Ruzek and Burgess’s secret begins to have severe implications for their police work.

A series of deadly acts of vandalism causes tensions to run high in the insular neighborhood of Canaryville. Atwater tries to reach out to his brother, but only pushes him further away.”

Street is MIA. He at least called it in with Hicks and so he wasn’t at risk of losing his job. He was just worried about everyone. His friends at SWAT wanted to know what was happening because the last they heard his foster brother was in trouble and he needed Street to come to fix things for him. Street was probably still fixing the problem as far as anyone knows. His friends wondered if they could help and they wanted to know if Street was alright. Street went all in when he was helping the family. He hurt himself more than anyone else and so the team needed to hear back from him. They needed to know he was okay.

Only Street was far from okay. Street took time off work because he had been forced to kill a couple of guys for his brother and it came back to haunt him. There was footage of him moving bodies. This same footage was now being used to blackmail him and so Street was blackmailed into working for a very bad guy. Street returned to work where he asked for the next few weeks off. He tried to get Hicks to give them time off and Hicks refused. Hicks even threatened to reassign him. Street couldn’t deal with that so he quit and there was nothing anyone could say that would have fixed it. He was gone.

Street left his team with one man down. They were already short of that with Luca going through physical therapy and so Chris couldn’t believe what he did. Chris later looked up Nate’s address. She and Tan went there looking for Street and they found him. They tried to get him to tell the truth about what’s going on, but Street refused to talk to them. He told them to get out there. He then pushed and pushed until they left. Chris and Tan were giving up on Street. They said he could do whatever he wanted and right now they had other things to worry about. Like this team that was committing several heists.

SWAT was looking for a group of five that were hitting casinos. They thought they had gotten a lead one of the group made a dumb mistake and tried to cash the stolen poker chips. They then grilled dumb dumb until he flipped on the friend that roped him in. SWAT later made the arrest and they thought they had arrested everyone involved in the heists. Then a new heist happened as they were making their arrests. The team suddenly was lost. They knew this group was being led by someone and that someone didn’t care if he or she were working with a new crew every time. And so they leaned on the one source they had.

The one that wasn’t dumb. SWAT eventually learned that the men used in the heists were roped into carrying out by a woman named Rachel. Rachel would reach out to men in prison and she would promise to marry them the moment they prove their love. The only proof she needed was that they carry out a heist. The men were so dumb that they didn’t realize she was playing them or that she was using several of them for the same thing. She used them to get the money from the heist. None of them saw it coming and so none of them could protect themselves against her. “Rachel” also wasn’t her real name.

She used several names at several prisons. She convinced them she was writing to rob casinos for her and unfortunately the casinos were now on guard. Therefore, her next step was a private game. She was overheard by the valet who said the woman was speaking about a private game and so Tan reached out to his friends at Vice. He heard back that there was a private game with a lot of money on the table and the rest of the team went there. They went there and found a man tied up in the bushes. It turns out the tied-up was outside security. Inside security wasn’t much better because the heist was happening and so SWAT infiltrated the house.

They came in, they killed everyone that refused to surrender, and they came across “Rachel”. She was pretending to be a hostage at the time. Hondo saw right through her disguise and he ended up shooting her when she tried to shoot him. But she was fine. She was later arrested along with everyone else and so the heists came to an end. SWAT saved the day. They then had to think about Street and Deacon broke the news to Buck. Buck came around because he had a business proposition for Deacon. He wanted Deacon to come work for a Private Security Firm and he promised it wouldn’t interfere with SWAT duties.

Deacon thought about it. He realized it was bringing in extra cash and so he agreed to do it. Deac was thinking about his future and suggested Chris do the same, but she was still thinking about Street. She couldn’t believe he gave up SWAT for his brother and it turns out he didn’t.

Street quitting was a ploy. He had cleared it with Hondo and Hicks and so he was secretly spying on his brother’s boss because they were all going to take him down.