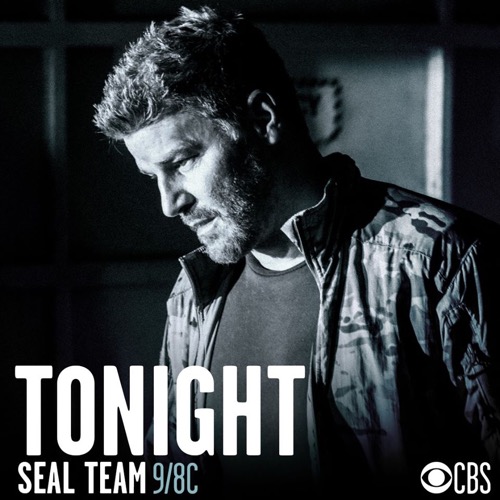 Tonight on CBS their new military drama Seal Team airs with an all-new Wednesday, March 4, 2020, episode and we have your Seal Team recap below. On tonight’s Seal Team season 4 episode 13, “Fog Of War,” as per the CBS synopsis, “Following a mission failure, Bravo Team conducts a high-stakes After Action Review to identify who’s responsible for a possible career-ending mistake.”

After being on a mission, Jason and the team come back to the hanger with a body bag. Jason reports a total mission failure. He tells Mandy that Dr. Craig is dead, he was killed in the raid.

As they head home, they all talk. Apparently Dr. Craig stuck his neck out for the team and they failed him. Blackburn pulls Jason aside to ask him if it was a clean operation. Jason doesn’t really know how to answer that.

Jason goes to talk to Ray so they can talk about what happened. The whole thing was so confusing. Ray shares how during the mission one of the rooms exploded and he just doesn’t know-how. They get the team to talk about what went wrong so they can deal with the commander in chief when they get back. Sunny has the same story as Ray. Play shares how one of the enemies came out I’m wearing an S vest. He was forced to shoot them. None of them know what Ray is talking about but their communication was sketchy in the building. Sunny does recall seeing another one of the enemies wearing a baggy jacket so maybe he was wearing a vest.

Sunny finds lease on the hanger. He’s glad she’s OK after sustaining a head injury. The whole thing did scare him, he confesses. After they have a few laughs she asks him about putting his eyes on the s-vest. He asks her if she’s questioning him. Ray catches the conversation out of the corner of his eye and gets involved. He also starts to question Sunny oh finally admits that he never did see a vest. He wants to let the whole thing go and move on. Ray isn’t happy with this and wants everybody up and they’re going to get to the truth.

Clay knows what he saw and he saw a guy in a vest. They talk about maybe seeing explosives. Each of them goes one by one backtracking what they saw. Ray and Sunny both saw drums of fuel. Ray did throw a crash but that wouldn’t have blown up a room like that. He heads back to his gear and searches. He might have thrown a homewrecker and killed the doctor.

Jason heads back to tell the team what Ray thinks he did. They are all in disbelief. Sunny and Clay tell the others that they’re going to get their story straight and make sure that Ray doesn’t get in trouble. Meanwhile, Jason and Mandy talk. She feels guilty that she made them go through that mission and how she leverage the doctor. She blames herself for all of this and now it looks like Ray is going to get in trouble.

Ray arrives to hear the team forming their story. He’s not going for this, there’s no way he’s gonna lie or let them lie. They all try to change his mind while Mandy and Lisa look at what they know. Ray isn’t going to let them lie for him. They land and head for the steam room. On the way there, Ray gets upset. Jason tells them that they will always be brothers.

In the room, Blackburn tells them they all need to have their story ready. Mandy has something to show them. It is video footage. It shows someone outside throws something into the building. That person was Vic. They ask their teammate what happened. He doesn’t answer. He was going to let Ray hang. Sunny lunges at him. Vic didn’t know the doctor was in the room. They don’t care about that. Jason kicks him out of the room. They all talk about what they should do with him. Jason leaves it up to Ray. They call Vic back in. He explains that he panicked and made the worse decision of his life. Ray forgives him. But he doesn’t trust him. He cannot let his team be around him. He cuts the Bravo patch off of his uniform. Jason tells him to get out.