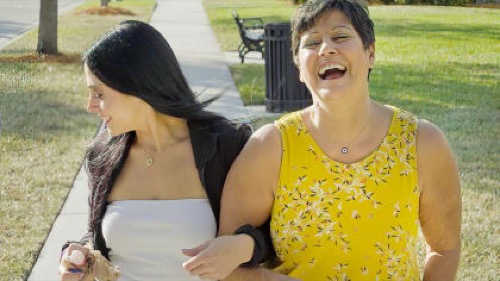 Tonight the TLC  series a fresh twist on family sMothered airs with an all-new Sunday, June 7, 2020, season 2 episode 3 and we have your sMothered recap below. In tonight’s sMothered season 2 episode 3 titled, “Date Night For Three” as per the TLC synopsis, “The baby is coming. Cher goes into labor. Brittani breaks down over her boy troubles before her big graduation party. Sunhe’s interrogations reveal more of Jason’s secrets. New mother-daughter duo Laurie and Sarah share a life-saving bond together.”

In Las Vegas, Angelica and Sunhe are in the notary office with Jason and his ex. Sunhe has a gut feeling that Jason is not completely honest. Viviana just revealed that she has a bank account with Jason and still has feelings for him. Now that Viviana has met Angelica, she doesn’t think Jason and she could get back together because he looks like he loves her. The notary reads the divorce decree. Jason signs first, and Angelica is glad. Viviana is second, and Sunhe watches her like a hawk. Sunhe acts as his resident witness. Angelica already thinks it is weird that she is there, and finds this is just a bit much. Sunhe says she wasn’t prepared to sign anything and she needs to read them over, she would like to take them home to look at them. Jason said ok because he just doesn’t want to cause trouble between Sunhe and Angelica. Sunhe is satisfied that she is in control of signing the papers.

In Chicago, Christina and Kathy are driving in the car, Carlo has finally agreed that they can stay at Christina’s house during renovations. Her mom’s basement is like a mini apartment, and it makes sense financially to stay there. They pick up dinner at Sonic and head home. Carlo says he is ok with living at Christina’s if that is what Kathy wants. He goes on to say that he doesn’t want to intrude on her privacy. And if it starts getting weird, he is leaving. He thinks his sanity is going to be lost and the only reason he is doing it is to give Kathy her kitchen. Carlo says he has a good idea, Christina can now watch the children all the time since they will be living in the same house.

Port St. Lucie, FL, Sarah, and Laurie are trying to get the dogs to costume on. Sarah thinks her mother is more like her best friend. They have snuggle parties, it is a way of life. Sarah is very anxious, and when she smells her mom, she feels better. They have two dachshunds, Oliver, and Freeda. They dress them up to take them for a walk. Her Laurie is a type one diabetic and has chronic kidney failure. Sarah takes care of her. They kind of reserve roles, Laurie feels more like the daughter.

Sarah monitors her because when she was five or six, she found her mother laying on the stairs. A neighbor came over and assisted. Sarah tells Laurie that she needs supervision around the clock, she should move in with her and Miguel. They recently bought a house together, it is their first home. They bought it before they got engaged and Laurie would prefer if there was a ring on her finger. Laurie says it hurts because she doesn’t feel that Sarah enjoys her life as much as she should.

Cher went into labor, Dawn is so happy that she is willing to try a natural birth as she did. Dawn plans on staying by her side even in the delivery room, she is not missing a moment. Jared would like to be the one to support Cher, but Dawn wants to be at her side, and he is hoping that Dawn doesn’t do this at the hospital. Mason is also there, but he is just chilling. Jared calls Dr. Tepper, he tells him that when it gets tense she should go in. Jared wants to go to the hospital, Dawn says there is no need, she wants to stay home as long as possible.

Brittani and Mary are decorating for Brittani’s party. Brittani is nervous, she hasn’t seen a lot of the people since her gastric surgery, she finds kind of anxious. Frank is there, he tells Mary that he had a hard day. Shawna and Dawn are there helping, they can see that Mary has some hostility towards Frank. On the other hand, Franks thinks Brittani and Mary are too close and he is hoping for changes. Frank goes home, he is tired. Brittani tells Mary that she really likes Zachary, she starts crying. A few days ago he messaged her that he just wants to be friends with benefits. Mary tells her men are going to come and go. Brittani feels like guys just see her as a sex object since she lost the weight. Mary knows that she can never tell Brittani that Frank cheated on her, she will never trust him again.

Sarah and Laurie are in the car, Laurie is driving, she tells her daughter that she always had a dream that she would get engaged and married before she got a house. She doesn’t like to see her daughter’s finger naked. It breaks Sarah’s heart when she thinks about her mom maybe not being at her wedding. Sarah says she is really excited about date night with Miguel. It is evening time, Sarah and Laurie both order a drink.

Angelica, Sunhe, and Jason head to lunch. Angelica asks her mother if they can just celebrate that this is over now. Sunhe says this is far from being over. Sunhe says she can’t sign it, knowing what she does today and she asks Jason if there is anything else he has to tell her. She specifically asks if there is anything else in his name and Viviana, says car insurance and Angelica says that he is still paying for the ex-girlfriend’s cell phone. He admits it and says it is an oversight. Angelica is shocked and annoyed at her mother. She tells her that if she doesn’t sign the papers, they will find someone else that will. Sunhe tells Angelica that she is just trying to protect her, she gets up and walks out. Jason asks Angelica if he is really that bad. Meanwhile, Sunhe can’t believe that Angelica is letting Jason get away with all this.

Cher has been in labor for hours, and Jared wants to leave because he doesn’t want her giving birth along the way. Cher is now throwing up, the labor pains are really intense. They are planning on walking to the hospital because Dawn thinks it will facilitate a natural birth. They leave for the hospital on foot. After every few steps, they have to stop because the contractions are getting closer. Jared has so much patience with Dawn who delayed them leaving.