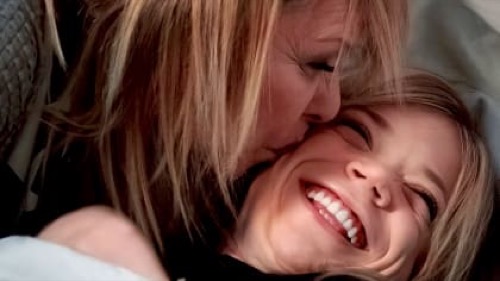 Tonight the TLC  series a fresh twist on family sMothered airs with an all-new Sunday, June 28, 2020, season 2 episode 6 and we have your sMothered recap below. In tonight’s sMothered season 2 episode 6 titled, “Drive You Crazy” as per the TLC synopsis, “Much to Dawn’s dismay, Cher hires a lactation consultant.

Cher and Dawn are at home, Cher is breastfeeding the baby and tells her mother that she is having a lot of trouble, it really hurts so she called a lactation consultant to give her advice. Dawn is upset, she feels that Cher should ask her for advice, not go to someone else. Dawn gives her advice, the pain will go away, and feels that that is all the advice she needs.

Mary and Brittani are at home, Mary asks her how she feels about what happened at the restaurant. Brittani says to hear the truth about the bachelor party were really hurtful, she doesn’t like what Frank did. Brittani says she has a spiritual gross feeling about Frank. Mary says it is heartbreaking. Brittani tells Mary that she doesn’t have communication in her relationship with Frank. She wants her mother to find someone who treats her well, loves her unconditionally. Mary assures Brittani that she will know if Frank will be truthful and wants a little slack. If it were up to Brittani, she would have Frank move out because he doesn’t think what he did was wrong. In fact, she tells Mary that if Frank hurts her again, she is throwing him out.

Sunhe has her fiancé Brett visiting from Omaha, she loves his relationship with him because it allows her to have the type of relationship she has with Angelica. It has been two weeks since they spoke, and that is not usual with them. She picks him at the airport and says that they need to have a little talk. Sunhe doesn’t want to leave Angelica, she doesn’t like the relationship she has with Jason, and she will always put her first. You can feel the tension between the two. Brett knows that Sunhe’s relationship with her daughter takes priority, but if she doesn’t want to move forward with him, he will need to move on.

The lactation specialist, Stephanie, has arrived at Cher’s house, Dawn is there. Stephanie notices that all three are matched in their clothing, she finds it a sweet and precious thing. Dawn is still feeling bad, she doesn’t know why Cher just can’t ask those questions. Stephanie keeps trying to give Cher advice, Dawn is more of a hindrance because she keeps speaking. Cher is getting a little annoyed, she thinks her mom should calm down, she is not the one that is breastfeeding. Stephanie thinks that Dawn may be too involved. Dawn wants to be there because if Cher has any questions, she can ask her in the future.

Cher has to speak to her mom about something, but she hasn’t had the courage yet. It’s about her leaving, so she and Jared can be parents alone.

Marcia gets Alena going for the day, they are going driving. Marcia wants to teach Alena how to drive, but she doesn’t want to, she thinks it will be a detachment from her mother. Marcia probably isn’t the best person to show Alena how to drive, she constantly nags and makes comments. Alena does fine, but Marcia is a bag of nerves. Parking is another issue, Alena has trouble. Marcia raises her voice and makes Alena gets very upset.

Mary says when Frank and she have arguments and it is bad, he stays overnight at his store. Frank gets home, Mary tells Brittani that she is giving him another chance. Mary is not ready to give up, and she doesn’t think Frank wants to either. They all sit down, Brittani tells Frank that she doesn’t understand why the bachelor party had to happen. He says that is not who he is now. Frank says he is not with Mary to hurt her. Frank says that in a way, he was jealous of Brittani, the relationship that they have together. Frank admits that he has been really angry. Then he goes on to say that his firstborn hasn’t spoken to him in six years, today is her birthday, he texted her and she said thank you and that is a big thing for him. Mary tells Brittani that she would die if she didn’t have her relationship with her, and she is overwhelmed for Frank because he has been trying to reach out to his child for a long time. Frank tells Brittani just to let the past go and move forward.

Angelica and Jason are meeting Sunhe and Brett for dinner. Angelica and Jason get their first, she tells him that things are not going well with her mom and her boyfriend. She was listening in on a phone call the two had the other day, they were talking about issues, and it didn’t go well. Jason finds it a little strange that she would be listening in, it is their business. She says it is not strange, she is close to her mother. Jason is worried that his relationship with Angelica will not progress with Sunhe around. Brett and Sunhe arrive, Angelica tells Brett that Jason signed his divorce papers. Sunhe looks upset. She says she would like to be happy for Angelica and Jason, but she is not. The thing is, she thinks she sees right through Jaron’s actions and she has to protect Angelica. Jason tells Sunhe that she should focus on her own relationship instead of always being over his and Angelica’s relationship. Sunhe turns to Brett and asks what he thinks. He says that if Angelica wasn’t there, he knows that Sunhe would move to be with him. Angelica is telling Brett to leave his children, who are teenagers, but she can’t leave her mother and she is over thirty. Jason says it is not right how close Sunhe and Angelica are. Sunhe says it was supposed to be she and Angelica forever, regardless of Brett and Jason. Sunhe tells Jason that if he has a problem with that, he knows where he can go, and she can make this even more difficult for him, so he better not mess with her.