BY Alexis Gregory on January 27, 2020 | Comments: 2 comments
Related : Celebrity Death, Days of Our Lives, General Hospital, Hot News, Soap Opera, Spoiler, Television, The Bold and the Beautiful, The Young and the Restless 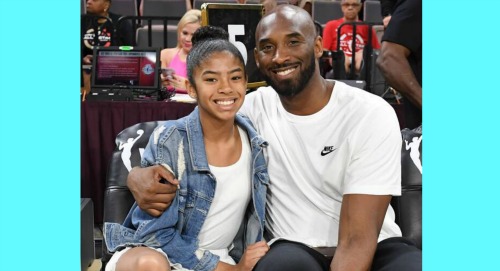 Soap Stars are reacting to Kobe Bryant’s and Daughter Gianna Bryant’s Death. Kobe Bryant, 41, and his 13-year-old daughter, Gianna Bryant were among the nine people killed on Sunday morning. The basketball player, who played for the Lakers for 20 years, was on board when the helicopter he was on suddenly exploded over Calabasas. Since the news broke, soap stars have shared their thoughts and reacted to the athlete’s passing.

Tajh Bellow (TJ Ashford) of GH posted on Twitter his condolences to the Bryant family. He wrote that besides being an NBA champion, he was also a husband, father and Oscar winner. With the tweet, Bellow posted a photo of the basketball player on the court.

Two faces from The Young and the Restless shared their condolences for Gianna and Kobe’s family. One was Sean Dominic (Dr. Nate Hastings), who shared that basketball is his favorite sport. The actor added that most of the time he has watched, Bryant was playing.

The other Y&R actor that posted their thoughts on social media was alum Darnell Kirkwood (Jordan Wilde). He shared how important it is to tell loved ones how you feel because tomorrow is never promised.

Sal Stowers, who portrays Lani Price on DOOL stated on her 24-hour Instagram story that some of her favorite memories are attending Bryant’s games. Brandon Barash (Stefan DiMera) shared on Twitter his sorrow for the grieving family.

Alum Patrick Muldoon, who played Austin Reed revealed that he was praying not just for the basketball player’s family, but the others that also lost their lives on the helicopter this past weekend.

As for Aaron D. Spears (Justin Barber), The Bold and the Beautiful actor simply stated RIP and expressed that the athlete would be missed. Like many others, he shared a photo of the athlete on the basketball court and talked about how you never know when your last day is going to be. Live life to the fullest and hold your loved ones close seems to be the most common sentiment on social media regarding the Kobe Bryant death news.

Our condolences go out to the families that lost their loved ones during the Sunday morning helicopter explosion. Stay tuned to GH, Y&R, DOOL and B&B and don’t forget to check CDL often for soap spoilers, updates and news.