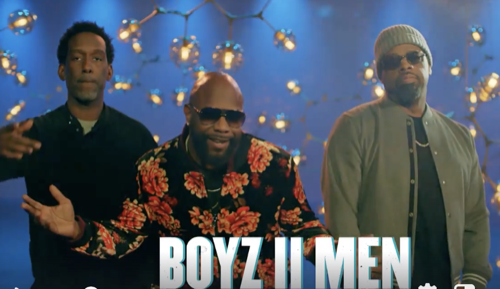 Tonight on NBC their popular reality show Songland airs with an all-new Monday, May 25, 2020 episode and we have your Songland recap below for you. On tonight’s Songland season 2 episode 7 “Boyz II Men,” as per the TLC Synopsis “Four-time Grammy Award-winning R&B supergroup, Boyz II Men, come to “Songland” to hear unknown songwriters pitch their original material.

Three of the most successful and sought-after writer-producers in music, Ryan Tedder, Ester Dean, and Shane McAnally, produce the songwriters to creatively adapt their songs to perfectly fit the superstar artist. One song is chosen to be recorded by the guest recording artist and released for a global audience.”

So make sure to tune in tonight between 10 PM – 11 PM ET for our Songland recap.  While you wait for our recap make sure to check out all our television spoilers, news, recaps, and more, here!

Boyz II Men are on the show tonight and they came to Songland to find songs that were memorable, easy to remember, hard to forget.

Zak Waters is from Los Angeles, CA. After high school he started a band and they got signed to Universal Motown and that is what kind of gave him the introduction of songwriting. His song is “The Bad Things.”

The guys like the chorus, it is flippy and busy. They give him a few tips on how he can make it better, and advise to make it a little less wordy.

Juan & Lisa Winans from Washington, DC. Music has brought this couple together. They can’t believe they are going to pitch a song to a group that they have admired forever. Their song is “Maybe it’s Love.”

They are asked if this song was written when they hit a rough spot, and it was. Then they are told to make it a little more direct.

Charles Infamous is from Lancaster, PA. His song is called, “Jukebox,” it’s about nostalgia and the 2020 vision for the future.

Everyone really seems to be enjoying this song. The melody and the verse, they say would stick with them all day. But, it sounds like it could be more of a verse and there could be a bigger melody for the hook. The vibe of it was great and it didn’t feel worlds apart from where Boyz II Men could be in 2020. The melody was the best part of the whole thing.

Chrislee is from Essex Fells, NJ. His song is, “Love Struck,” and he thinks it could work for Boyz II Men because a lot of their records come from the struggles of love.

They like the verse, the vibe, the move. They suggest that if he changes the pre-chorus to a lighter melody. Some things are convoluted in the lyrics. They like the full discretion, but it is heady. They also think that adding harmonies to the chorus is dope.

Boyz II Men really loved doing this, this is their world. Zak is back on stage and is told that he is going to go in the studio and work on this thing, it has the heat and the energy. Chrislee is told that his song is hot, and they are going to pair him with one of the producers and go into the studio. Charles Infamous is told there is not enough time for Boyz II Men to get the song where they need it to be and get it out there. Juan & Lisa Winans are going to the studio, Boyz II Men love their song.

The songwriters are getting their studio sessions. Boyz II Men help with the melodies and the hook via video.

Time for the songwriters to perform again after fine-tuning their songs. Chrislee worked with Esther to re-write the versus to make them more relatable and added background vocals. What a vibe, the Boyz loved the harmony – they really loved it. Juan & Lisa Winans made their song more real, Ryan was thrilled to work with them. They loved how they made it relatable, Shane runs up for hugs. Zak is last, he does really well, but his lyrics had to be a little more punchy to match the vibe.

The song that Boyz II Men have decided to record is “Love Struck,” by Chrislee. There is more, they love all the songs, so they are recording all three of them.