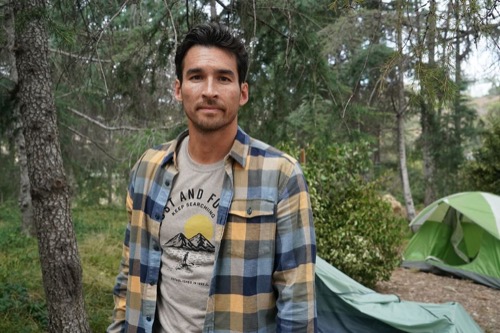 Tonight on ABC Station 19 returns with an all-new Thursday, February 27, 2019, season 3 episode 6 called, “Ice Ice Baby” and we have your Station 19 recap below.  On tonight’s Station 19 Season 3 Episode 6 recap as per the ABC synopsis, “When a blizzard hits Seattle, Travis must take a difficult call and members of the crew are forced to face their truths. Meanwhile, Ben has rising suspicions about a colleague.”

Tonight’s Station 19 season 3 episode 6 looks like it is going to be great and you won’t want to miss it.   While you’re waiting for our recap make sure to check out all our TV recaps, news, spoilers & more, right here!

A blizzard hit Seattle. The firehouse was flooded with emergency calls. They couldn’t take them all and they had their building open to the public. It was agreed that anyone that walked in would be free to stay. There were the homeless and they were those that were just stranded. The blizzard was stopping many from getting home. The firefighters were overwhelmed with everyone that was there and it didn’t help that people weren’t behaving. There was a couple caught having sex in the ambulance. There was a man that accidentally sawed off his foot and then taped it back together because he didn’t want to risk losing it.

There was also Miller’s baby mama. JJ was first raging for chili and so he had to make her some. He had just finished it when she told him she couldn’t eat it. Her waters had broken and so she was in labor with their baby. Miller stayed by her side. He kept an eye on her and so did Andy. Andy sort of put herself in charge of JJ’s care. She was assisting JJ through her labor and surprisingly she was willing to talk to Maya because Maya offered to help. Maya called her friend Carina for advice. Carina is an an OBYGN and she suggested they put JJ in a hot shower. The hot shower was supposed to help with contractions.

It managed to help a little. JJ felt an improvement even if it wasn’t much and she repeatedly asked to be given drugs. She wanted an epidural. The firehouse couldn’t give her one because they weren’t a hospital and they couldn’t take her to a hospital because the roads weren’t clear. JJ had to stay at the firehouse. They put her in a hot shower and they found her a bouncing ball to help move along her labor. The only one that wasn’t being of much help was Miller. He was too panicked and JJ kept screaming at him and so he tried to hide for a while. He went back to the main area and he talked to Vic.

Vic went through her first fight with her new boyfriend. She didn’t know how the fight began and she was starting to realize how stupid it was to argue about it. Vic talked it through with Miller. They were discussing relationships while everyone else was working. Montgomery received a distress call from Pilar. Pilar drove off a bridge and into a ditch. Her car was buried. She couldn’t turn it on because she would smell gas and it would make her dizzy. She was therefore stuck in the cold and he leg was killing her. Pilar was in danger. Montgomery kept her talking and he tried to pinpoint her location so that he could send rescue services.

Pilar reminded Montgomery of his mother. His mother had actually called him at the start of the blizzard because she wanted to make sure he had enough soup and if he was doing well. It had taken him forever to get her off the phone. Montgomery had to explain he was working and so speaking to Pilar reminded him of that. He was helping her and she wasn’t giving much back. Montgomery was circling when Ben ran into his own problems. Ben was helping Jeff who sawed off his foot by accident. Jeff taped it back together because he read online that’s how he saved his foot and so he didn’t want to believe Ben when Ben said they would have to cut it off again.

Ben tried to explain it to him. He said that the foot wasn’t properly reattached and that they needed to get him to the hospital, but Jeff panicked. He locked Ben out of the ambulance and it had taken Sullivan coming back with the keys to get Ben back inside. Ben again tried to reason with Jeff. He looked to Sullivan for help and he noticed the change in Sullivan’s demeanor. He’s been noticing changes a lot lately. He’s had conversations with Sullivan that Sullivan couldn’t recall afterwards and it tends to happen after Sullivan has collected or take part in the collection of medication. It was pretty clear what Sullivan was doing and it left Ben in an uncomfortable position.

There was also this issue with Jack. Jack has been sleeping with his fellow firefighter’s wife and it turns out Rigo knows. He punched Jack after confronting him. He hasn’t told anyone else yet what happened. If he did, they would have all sided with him over Jack and so Jack got lucky. The only other person who knows is Andy. He revealed it to her before they had sex and it made things awkward between them. They wanted to be able to use each other to take out their frustrations and at the time they couldn’t because they were moving with each other. They were going to be roommates.

It wasn’t anything romantic. It was started off as siding with each other against Maya and Andy finally had it out with the other woman. Andy was angry because she thought Maya used her grief to get the job. Only Maya told her tonight that she went after the job from before Ryan died and that she was a lot like Pruitt. She was relentless like she was running out of time and so how she phrased them had given Andy insight. Andy realized her father’s cancer was back. She asked him about it and he confessed. He told her he had six months if that. He then went back to helping JJ and so Pruitt, Maya, and Andy helped JJ give birth.

Andy helped bring new life into the world and then she promptly fell apart because her father was dying. And it had been Sullivan that she had leaned on.

Montgomery however hadn’t been able to save Pilar. She died because she couldn’t get help in time and so Montgomery allowed her to think he was her son. He gave her that comfort in her final moments.

Jack also later came to clean to Miller and Miller told him what he did was unforgivable.