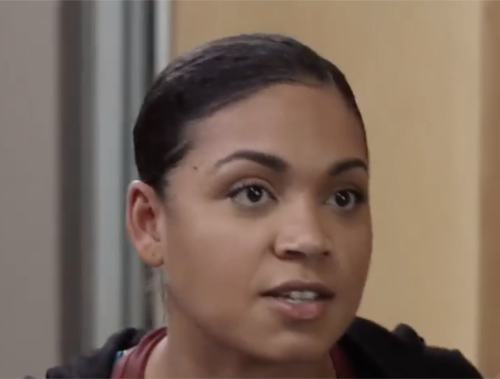 Tonight on ABC Station 19 returns with an all-new Thursday, April 9, 2020, season 3 episode 12 called, “I’ll Be Seeing You,” and we have your Station 19 recap below.  On tonight’s Station 19 Season 3 Episode 12 recap as per the ABC synopsis, “The crew faces a fire in a storage facility; Dr. Jackson Avery drops by for a visit and works with Ben Warren.”

Tonight’s Station 19 season 3 episode 12 looks like it is going to be great and you won’t want to miss it.   While you’re waiting for our recap make sure to check out all our TV recaps, news, spoilers & more, right here!

Ben started a new program called the PRT. It’s the Physician Response Team and it was a collaboration of the Emergency Services and Grey Sloan Hospital. Therefore, a doctor from the hospital was on the team. Ben looked at several doctors he knew for the job and he later settled on Dr. Jackson Avery. He’s a great doctor. He was also an even better friend and so Ben knew he could work with him. He just didn’t count on Vic. Vic and Jackson used to date. He dumped her after she tried to move into his place without asking and then she decided on moving in with her good friend Miller.

It was the whole moving in with Miller thing that got to him. Jackson didn’t like the idea of his girlfriend moving in with a straight male friend or helping this friend raise his daughter. It had sounded too intimate to Jackson. He broke up with Vic when she wouldn’t change her mind and so working together now is awkward. Jackson is hanging around the station. He uses the gym there and occasionally he runs into Vic. Vic spotted him in his towel one time because he’s also using the shower that comes with the gym. It led to her feeling some old feelings and she almost backslides. She almost talked Jackson into one last quickie.

There was tension between them. They were still sexually attracted to each other and so it wouldn’t have taken much. Vic and Jackson were so on top of each other at the station that the emergency call couldn’t have come at a better time. The firefighters were alerted to a fire at a storage facility. It turns out a group of guys used their storage locker as a place to practice for their band and someone was dumb enough to lit a cigarette. The fire from the cigarette went into the air. It traveled from one locker to another via the air vents and so the firefighters had to clear the building.

They later assumed they got everyone. They weren’t told until the very last minute that someone was living in his storage locker and so the firefighters had to go back in. They had to perform a search and rescue. They didn’t know which storage locker this man was living in and so they had to check all of them. It was Andy and Miller that found their guy. They found him and Miller refused to enter the locker to help him. Miller has been talking to Pruitt and some of the older firefighters. They made him realize that he needs a will. He has to start thinking about his daughter and it was because of her that he hadn’t run into the fire this time.

Miller apologized to Andy. He told her he has to think of Pru and so she let what he did slide. She didn’t tell anyone he froze. She just tackled the fire herself and she saved their victim. He was later moved by the PRT. They were going to treat him for his burns and meanwhile Andy went back to fighting the fire. She had been given a choice to sit out by Sullivan. Sullivan is in love with her and he didn’t want her to get hurt, but Andy didn’t want to leave her team and so she asked him not to intervene. She stayed in the building. She was called over by Jack and together they found something.

They found out someone has been storing propane tanks in one of the lockers. They had to stop the fire from reaching the tanks and so they tried using fire extinguishers. They later ran out of that and so they next tried cutting off the fire. Only there was an explosion. Maya tried calling Andy and Jack and they weren’t answering and the worst part about it is that Pruitt was listening in. He was listening to the radio with his friends because they wanted to see how the team he trained he was doing. He, therefore, heard the explosion. He also heard how Maya couldn’t get into contact with her people. She kept trying to reach them. She called several times and Andy eventually responded.

Andy and Jack had gotten cut off from each other because of the explosion. He was trapped him on one side of the fire and she was trapped on the either. Neither of them could see a thing through all the smoke. They couldn’t see a way out and so they were trapped. They were trapped along with most of the team. The rest of the team couldn’t see through the smoke. They were just as trapped and Dixon had a panic attack. Dixon never wanted to be a firefighter. He became a firefighter because his dad said it would look good and so Dixon was afraid. He didn’t want to die in that building.

He wanted to live. He panicked when they couldn’t find their way out and so Montgomery had to talk him down. Montgomery made sure he regulated his breathing. He reminded him that they couldn’t waste oxygen and so Dixon got himself under control. He went back to breathing properly. He also continued his search with Montgomery on finding an exit. They were all trying to find an exit in that building. Andy couldn’t see one and she reported it to Maya. Maya became concerned for her friend. She didn’t know how to help her get out of the building and she also knew she couldn’t go in there after her. Maya was thinking things through.

Sullivan was not. He heard Andy was in danger and he went into the building in spite of every warning not to. Sullivan entered a building with a rope tied around him. He later found Andy and he was going to drag back to safety when the fire cut him off. It cut right the rope and so there was no way of going back the way he came. Sullivan was now just as trapped as Andy. Their future looked bleak inside of that building and so it’s a good thing that they got married when they had the chance. They went to the city hall. Andy was walked down the aisle by her father and it was her father who came to the rescue in the middle of all of this.

Pruitt couldn’t bear to listen anymore to what was going. He went down by the fire and he demanded to be given a job. Maya didn’t know how to turn him down. She let him go up on the roof and he helped vent the building. No one else could do the job because it was so dangerous and so Pruitt took it upon himself to do it. Pruitt ended up saving everyone’s lives with his actions. He got them oxygen and he died while doing so. Pruitt didn’t want to die in a hospital bed sick and old. And so he went out like a true firefighter.

He helped save his daughter and his son-in-law.