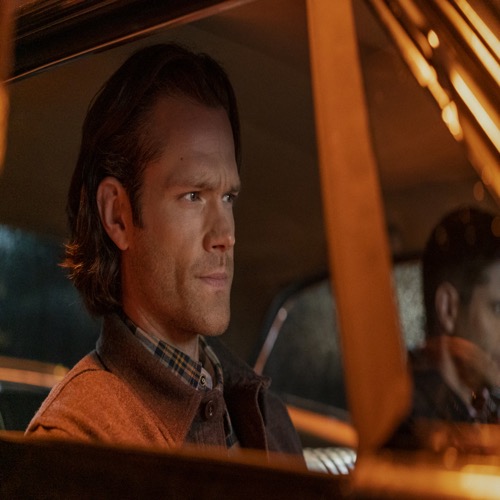 Dean is irritated that the bunker is having so many problems. The pilot keeps going out. They have pipe problems and he is trying to make burgers. They head to the bunker’s control room. Neither one of them really knows much about the room. Dean hits a reset button. He heads back upstairs and makes his burgers.

After, he finds a woman folding his laundry. He yells to Sam who comes running. She shares her name is Mrs. Butters, she is a wood nymph. She ha worked for the men of letters for years, since before the war, she shares. They realize she thinks it is years earlier, the 50’s. They have to share that the men of letters are all dead. She realizes this is true. They left to ceremony years and years ago and to protect them all, she used her magic and placed every on standby. When Dean hit reset, it made her return.

Mrs. Butters offers up her services and skills at helping detect monsters. Dean is happy for the help and her cooking while Sam wonders if she is really harmless. They head out on a case, telling Jack in his room about their new guest. Jack has a lot on his mind now that the boys have to kill Chuck and his mom.

After taking out two vampires, Sam and Dean head home to find the bunker decorated and smelling of cookies. Dean is thrilled. Mrs. Butters wants them to celebrate Christmas and all of the holidays. They have a lot to catch up on. She makes Sam some food in the kitchen. Jack comes in. She sees he is Lucifer’s child but if the boys vouch for her, then he must be all right, she tells him.

Dean comes in with his new purple pajamas made by Mrs. B. She gives them treats and Dean tomatoes juice. She worries about his cholesterol. An alarm sounds. Sam and Dean head out on a case. Jack stays behind. Jack and Mrs. B do dishes while he shares what has him down. She gives him advice.

Over the next several days, the boys all hunt and return home to hot meals and holiday celebrations.

They all celebrate Sam’s birthday with a party. Dean is excited, hoping for rice Krispies at his party. Later that night, jack catches Mrs. B going through files. Jack looks at the files she was interested in after. He sees a reel of the video where Mrs. B pulls off the head of an enemy.

Later, Jack acts strange to Mrs. B who is helping Sam get ready for a date. Jack confronts Mrs. B about the video. They talk. It appears she was trying to prove Jack is bloody thirsty and that he enjoyed the film. She also shares there was something in those smoothies she has been making him. She wants to makes sure the boys are safe and so is the bunker. When Dean comes home, she tells him they need to kill Jack. He is a monster. Dean is annoyed. They had a good thing going. He makes a deal for them to let it go. They just need to let Jack out from the cellar. Moments later, she locks Dean down there with Jack.

Sam comes home looking for everyone. Mrs. B tells him they need to kill Dean and Jack. Jack is bad and Dean has been brainwashed. Sam tells her he just needs to get his gun. Then they can kill them. From his room, Sam calls Dean to come up with a plan to get rid of Mrs. B. Meanwhile, Jack and Dean have a heart to heart about Jack killing their mom. It was hard for Dean but he doesn’t think Jack is evil. Upstairs, Mrs. B overpowers Sam. Dean tries to get Jack out of his cuffs. Mrs. B pulls off one of Sam’s fingernails as punishment.

Dean and Jack finally get out of the room and head to the control panel. Dean hits standby. They free Sam not realizing Mrs. B is still there. They make her understand that Jack could save the world. She cries. After, she apologizes. She is sad all of the men are gone. They set her free into the woods. She offers motherly advice about vegetables and hair cuts. They are sad to see her go.

Sam and Jack talk that night. Sam tells him he can save them all. Dean makes a cake for Jack. Its a little messy and not like Mrs. B’s but they celebrate Jack’s birthday. He makes a wish.