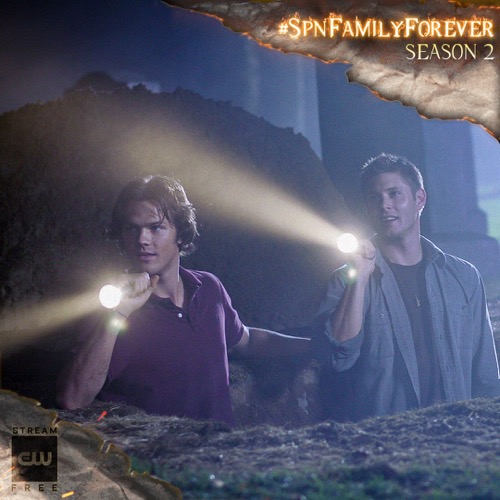 Supernatural airs tonight on the CW with an all-new Thursday, January 30, 2019, season 15 episode 10 called “The Heroes’ Journey,” and we have your Supernatural recap below. On tonight’s Supernatural season 15 episode 11 as per the CW synopsis, “Sam and Dean press their luck in a winner-takes-all game of pool. Meanwhile, Castiel hunts down a would-be murderer, but not for reasons one might think.”

At a little bar out in the middle of nowhere a guy is down on his luck after losing a pool game. After freaking out, he is thrown out. In the road, he is hit by a truck.

Cas arrives at the bunker to find Sam and Dean have left for Alaska. Meanwhile, Sam is having doubts about their trip. Dean thinks this is really their only option. Cas gets a call from the police. It has something to do with Jack and a murder. He is visibly upset.

Sam and Dean arrive at a diner. Now that they are normal their credit cards don’t work. I have roughly $4 to eat and Dean can’t have cheese now that he is lactose intolerant. The waitress tells them about a nearby magical pool hall and the story of the man who was struck by a truck. After she walks away, Sam doubts the story while Dean thinks this is the way to get their mojo back.

Cas is sent a video of the murder involving Jack. In the video, he eats the heart of a doctor. Sam and Dean arrive at the pool hall. Sam is irritated they don’t even have beer money. They ask the bartender about a game. She sends them to Pax, a guy who shows them a magic coin. Their luck can go either way. Its a gamble. Dean decides to play while Sam sits at the bar getting the lowdown from the bartender about all the people that have been playing. A woman wants into the game within minutes. Dean’s luck Strats to pick up while another man loses his. He steps outside. Sam and Dean follow him outside where he coughs up blood. He shares that he is dying. He has cancer and wants to die in peace. He tells them how he won himself one extra year and now it is his time.

Cas heads out to meet the officer. Meanwhile, Dean discovers the car is dead. Sam talks more to the bartender who tells him in so many words that she and the others cant leave. After looking at the magic coins given to those who arrive at the pool hall, Sam realizes they are connected to the Roman Goddess of Luck and Pax is her son. They head to find Pax and put a knife to his throat, calling for his mother. She comes, she is the woman who Dean played earlier. They know she is skimming from everyone’s luck. She admits she is. They challenge her to a game. If they lose, she gets their lives. If they win, she lets everyone go. She wants to play Sam. He is up for it.

Jack is at the altar of a church. He is being tortured by an enemy, one who knows he has been eating hearts and the hearts of those he loves. Cas comes in and takes the man out.

Sam and the Goddess start a game. They share how they have been cursed by god. She says “welcome to the club.” She was of course created by him. They share how they are going to fight him. She shares how God blamed them for everything. As she continues to talk, Sam starts cleaning the table. He wins. Now she wants to play for double or nothing. They start and out of the gate, the Goddess goes on a tear. She wins. They leave upset. The employees come out shortly after. She shut the bar down and let them all go. She didn’t think there were any good guys left, heroes. She sends them a message, “don’t play his game, make him play yours.” They get into the Impala and drive off.

Back at the bunker, the boys see Cas. Jack is with him, the real Jack. They all hug. They sit and talk. Jack explains how he had to stay hidden from his grandfather, who is afraid of him. Now he needs to keep eating hearts, to get stronger and then he can kill God.