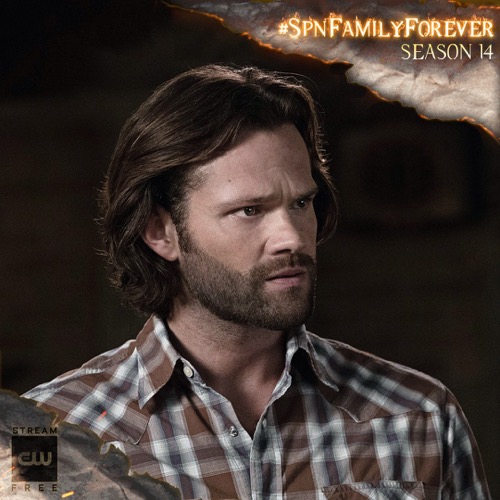 Supernatural airs tonight on the CW with an all-new Thursday, January 16, 2019, season 15 episode 9 called “The Trap,” and we have your Supernatural recap below. On tonight’s Supernatural episode as per the CW synopsis, “Sam and Eileen are faced with the brutal truth. Meanwhile, Dean and Cass work together in the hopes of getting a step ahead of Chuck.”

Chuck has Sam. Sam woke up tied to a chair and he wasn’t the only prisoner. Eileen was there as well. Eileen apologized for delivering Sam to Chuck, but he understood and he didn’t blame her. Eileen did at least try to get help. She secretly answered her phone when Chuck wasn’t looking. She answered it when Dean called and unfortunately, Chuck realized what she did before she had time to answer. Chuck then took her phone and he answered it. He told Dean hello. He let it be known that he had Sam and then he got rid of the phone.

Dean now knew that Chuck was a threat to his brother. Dean wanted to trace Sam’s phone and find his brother before it was too late. Dean was so focused on finding his brother that Castiel told him that they should hold off on finding Sam. He said Sam was safe because Chuck wouldn’t kill him and so he wanted them to travel to Purgatory. Castiel wanted to stop Chuck. He didn’t think that would happen if they just went to confront him and so he ultimately convinced Dean to go with him rather than go after Sam.

Sam, however, remained defiant. He was tortured by Chuck who took over Eileen and had her stab Sam several times in that shoulder wound of his. Yet, he remained defiant. Sam has been tortured before and what got him through it was the belief in his brother. He knew his brother would come after him. He was so sure of Dean that he never gave up hope and so Chuck later put an end to the torture. Chuck had wanted to break Sam. He couldn’t do that if Sam still had hope and Sam was never going to give up on his brother.

It was the same for Dean. Dean went to Purgatory because he wanted to get his hands on the flower and save the day. He and Castiel came across several monsters while they were there. There was even this one guy who followed them for a while before making his move and so Dean got the drop on him. He then demanded his new friend take him to the flower. Dean was on the hunt while Sam was put through a new test from Chuck. Chuck showed him an alternate life. Chuck said it was the future and frankly their future leaked bleak.

Chuck tortured Sam with what-ifs. Sam saw how he lost friends to vampire nests and he even saw what happened in 2021. He saw that the monsters were winning. He and Dean didn’t even have Castiel anymore. Cass wasn’t around to save people. He wasn’t there to offer hope and so the boys were giving up. They realized the monsters were just too much for them. Sam saw this future and it broke his heart. He always thought that no matter what they would save the day. He wouldn’t know what to do with himself if that was no longer an option.

Right then, at that very moment, was perhaps the first time Sam allowed doubt to cloud his mind. The Sam in the present wondered where his brother was and it turns out Dean and Cass had walked into a trap. They followed a guy they thought could lead them to the flower. Only to be lured into a trap for them that seems to have been set up by Eve herself. Dean was later knocked out and by the time he came to he was alone. The monsters were gone and they had taken Castiel with them. And so Dean was stuck in Purgatory alone.

He didn’t know what to do. Dean had no way of returning to the world or getting to Sam and all the while Sam had been chipped away by Chuck’s new brand of torture. Chuck showed Sam a future in which he and his brother had lost everyone else. They had lost everyone else and they lost the war when it came to hunting. It was a future where it wasn’t even hunting anymore. It was more like whack-a-mole. Sam saw his brother give up and he saw how he pushed Dean into keeping going even when Dean didn’t want to anymore.

The Dean that was in the present was nothing like his future self. He went looking for Castiel and he didn’t give up until he found him. Castiel got away from his captors. He also managed to grab the flower. He and Dean decided to flee while they still had the chance and so they left Purgatory together, but Sam had seen what the future looked like. Sam saw the moment he and his brother were turned into monsters themselves. They were hunted by their friends and later killed some of them and were killed in return.

Sam saw a future in which they became the very things they hated most. Sam’s future ended at that moment and so he returned to the present where even Chuck felt bad for him. Chuck went on about how their friendship had seen better days. He also added how he never wanted that for Sam and so Sam said he saw Chuck’s plans. The plans he had for Sam and Dean and the plans he had for Cain and Abel. Sam said Chuck couldn’t be trusted and yet there was an element of truth in the visions he had given Sam.

Sam found out Cass went crazy after taking the mark. He thought he could stop that future and elsewhere Cass was telling Dean how he should take the mark because it would be better for everyone. So, some part of the visions were coming true. Dean and Cass also showed up to save Sam and they were attacked by Chuck as well as a Chuck controlled Eileen. The boys tried to fight Chuck and just when they came close to defeating him – Sam lost hope. He lost hope and it freed Chuck from his prison.

Chuck’s shoulder was better. He was also cocky as hell and so there was no stopping him as he destroyed the one thing that could end him.

Later, Eileen left the bunker. She said she didn’t know what’s real anymore and so she kissed Sam one last time before she left.

And as for Sam, he still believed in what Chuck showed him. So, if they couldn’t kill him or trap him, what were they going to do about Chuck?