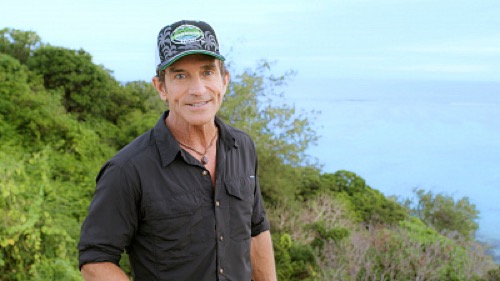 Tonight on CBS Survivor airs with an all-new Wednesday, March 4, 2019, Season 40 Episode 4 and we have your Survivor recap below. On tonight’s Survivor season, 40 episodes 4 called “I Like Revenge,’ as  per the CBS synopsis, “The new school players tried to take control and dominate the old school players with an intent to change up the game. Parvati, Rob, and Ethan seem to be on target radar.”

Tribal Council was tough, Adam thought Parvati was going home, he revealed his alliances plan to Boston Rob and he betrayed Adam. Rob tells Parvati what he did, she thanks him for having her back. Adam got left out of the vote, by the people that he aligned with. He did everything you are not supposed to do in Survivor. Adam was playing all sides, and everyone on the tribe knows it. Ben thinks that Adam is lucky he is still in the game.

Day 10, Yul goes around camp and wakes everyone up. Sophie is looking at Edge of Extinction and it scares her.

At Edge of Extinction Amber finds a box down at the beach, inside it says that everyone has the chance to win a fire token. But, it will require tremendous effort. At the top of the steps, on the top of a hill, there are four piles of firewood. They must bring down all twenty pieces from their pile and stack them next to their fire, one piece at a time. They must complete their tasks by sundown, in order to receive their tokens. Natalie is doing so well, she just doesn’t stop, up and down the hill, she is determined to get as many tokens as she can in this game. Ethan is having the hardest time, he is really spent after the tenth log. Ethan collapses and medics have to be called in. He is so disappointed, he got to sixteen, he only had four more left and didn’t want to quit. After a rest, Ethan gets up and continues. He reminds himself of the chemotherapy, and spinal taps, they were worse. Natalie is done, she goes in the water to cool down and starts to cry. Amber is also done, she lays down on some logs and starts to cry. On Ethan’s last leg, everyone goes with him to support him.

Adam all of a sudden is the hardest working guy on the tribe. Rob tells Adam just to flip it around. Adam walks away, Rob tells Parvati that she wants to bury him. Everyone seems to agree that Adam has to go, nobody wants to babysit him.

Sarah is having the most fun that she has ever had this round on Survivor. At the point, she knows people don’t trust Tyson, but she meshes well with him. Tyson feels like even though the game is calm, game talk is still going on behind the scenes. Tyson goes to speak to Sandra, tells her his concerns. Sandra knows that Tyson is just trying to save his self any way he can. Sandra needs Tyson to go.

Time for the Immunity Challenge, today four tribe members will be attached to a boat with three others in it. On go, they will jump in and pull the boat to a tower. Climb up, leap off, retrieve keys. They will use those keys to unlock puzzle pieces. The first tribe to solve their puzzle wins immunity, in addition, they will win eight laying chickens. This challenge is a disaster for Sele, Adam is having a hard time getting the third key. Dakal has a huge lead, but they are having a hard time with the puzzle. Sele is just breezing through the puzzle thanks to Rob, they have caught up to Sele who had a huge lead. An incredible comeback, Sele wins immunity.

Tyson wants to get rid of Nick, but that is not how the rest of the tribe is leaning. A lot of people want to get rid of Tyson and feel like he is a threat. Tony speaks to Sandra and she says Tyson has got to go, Tony is worried, if they get rid of Tyson, the rest will come after the two of them after that. Sandra has issues with Tyson, but she won’t let emotions ruin her game.

At tribal council, Tony tells Jeff that the bounds they have formed are amazing. Sandra says she is doing anything everyone else wants to do, she just doesn’t want her name written down. Sophie says they have to be less star-struck and just play the game. Jeff asks Sandra if she ever gets star-struck, she says no. Time to vote. The first vote is for Nick, then Kim, Tyson, Tyson, Tyson, Tyson, Tyson. Tyson says it is too easy, he should have seen it coming. On his way out, Tyson leaves his token for Nick.