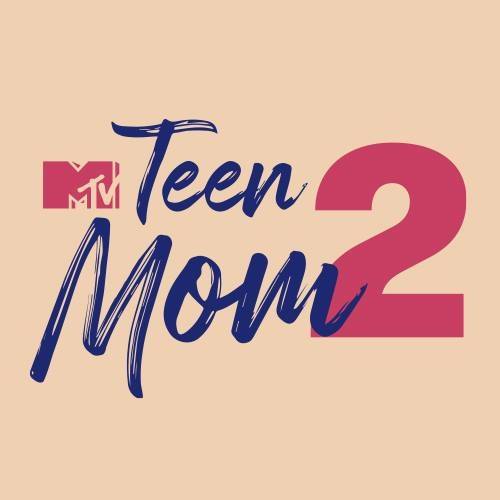 Tonight on MTV Teen Mom 2 returns with an all-new Tuesday, September 1, 2020, episode and we have your Teen Mom 2 recap below. On tonight’s Teen Mom 2 Season 10 episode 1 as per the MTV synopsis, “Briana, frustrated by Luis’ absence, tracks him down at a nightclub. After a major fight with her mom, things get even worse for Jade at Kloie’s birthday party. Jeremy starts drama with Corey, putting Leah in the middle.”

Leah had just finished shooting the reunion show with her ex Jeremy when this new season of “Teen Mom 2” began.

Jeremy mentioned a lot at the reunion show. He brought up Leah’s other ex Corey and how Corey wasn’t doing his part by going to his daughter’s doctor appointments. Leah thought that was a little unfair to Corey. He wasn’t there to defend himself and so Leah wishes Jeremy hadn’t brought it up. They have their own problems. They didn’t need to mention Corey’s as well. Leah complained to a friend that now she’s going to have to fix things with Corey. She’s going to talk to him and she asked him if he wanted to tell his side of the story because the way Jeremy talked about Corey it had looked like Corey was an absentee father.

Corey later saw the reunion on tv. He was left upset by it and he blew up on twitter. He called out Jeremy for portraying himself as the perfect dad and him as the deadbeat. Corey said he was there for both of his daughters. He also reached out to Leah. He wondered if she had said something to Jeremy to make him that and she said no. Leah firmly believes that what they’re doing now works. She said Corey doesn’t make it to every doctor’s appointment and that’s okay. She didn’t have a problem with it or Corey. She also tried to defend him on the reunion show and so it was just Jeremy shooting off at the mouth that made everything so complicated.

The reunion show revealed a lot that’s been happening behind the scenes. Jade was having problems of her own. Her mother blew up at the reunion show because she hadn’t liked how she looked in front of the audience and she was still raging after she stormed off the set. Jade’s mother was yelling how she was made to look bad. Her daughter didn’t think that was happening and she tried to tell her mom that she can stop filming at any time, but her mother was so in her feelings that she started yelling at Jade for supposedly disrespecting her. She repeated how she didn’t raise Jade to act like a brat and she’s claiming Jade changed in front of the cameras.

Jade didn’t think she changed. She thought it was her mother who was acting out of control. Her mother got in her face and she started yelling at her as well swearing at her because she didn’t like Jade talking back to her. Jade only spoke up to defend herself. She said hadn’t changed for the cameras and that she didn’t want her mother to spitting in her face to prove she was bad. Jade told her mother to leave. She began yelling back and so they were having a shouting match. Jade’s mother did eventually leave first. Only she waited until she got Jade so upset that Jade didn’t even want to film anymore. She began talking off her mic before she could be assisted because she was that over it.

Jade later got into another spat. This time with Sean and Sean was so upset with her that he missed his daughter’s birthday party. Which only made Jade angrier. Jade talked about it with a friend and she said Sean should up for his mother no matter what’s been happening with Jade. Jade and his relationship are secondary. His relationship with his daughter should be his first concern and so at first, she had been glad when Sean changed his mind. He later showed up at the restaurant where they were having the party for the little girl. Only he saw his grandparents and he didn’t want them there. So, he threw a fit out back and he refused to come into the restaurant if his grandparents were going to be there.

Chelsea’s issues were bigger than the reunion show or even baby daddies. Her house was burglarized not that long ago and she needed therapy to help her get through it. Chelsea began experiencing panic attacks after the robbery. She would get them out of the blue and so therapy did help her recover, but it seems that recovery is now being tested. Chelsea was contacted by the police. They wanted to talk to her and her husband about the robbery again. It seems like something has changed in her case. This could be good or bad and so Chelsea was apprehensive when she got the call.

Chelsea didn’t really want to be reminded of what happened because she didn’t want the panic attacks to come back. She still went to the police station with Cole and they soon learned that a few items of theirs had been recovered. The police hadn’t been able to just hand things over. They said the items were a part of an ongoing investigation and so their case was far from over. Chelsea was unhappy about that. She had hoped to move on and the visit to the police station had made her feel like she would never be able to put the robbery behind her.

Kailyn meanwhile came to a decision about her relationship with Chris. She says that their relationship is over and that in spite of now living closer to him – he still doesn’t visit his son as much as he should. This could be because Chris is expecting a baby with someone else. There have been rumors of it circling around and he appears to have confirmed it with something he posted on social media. Kailyn was asked about it. She said she hadn’t heard it from Chris himself. She just heard the rumors and who knows? They might be true. Kailyn said Chris didn’t tell his family about Lux until the last minute and that he could be doing the same now.

Kailyn was still believing that the baby thing was just rumors when she was contacted by the other woman. This woman said she was pregnant by Chris and that she got Kailyn’s phone number out of Chris’s phone. The woman went on to say that her baby is due is three months. She was due in September. She also wanted her baby to know its brother Lux and so she wanted to develop a relationship with Kailyn so that their children can be in each other’s lives. The message itself was very respectful. It also confirmed the rumors for Kailyn and so now she has to talk to Chris. And before she could allow herself to be angry, she had to remember her son needed to have Chris in his life.

And Brianna had issues with the father of her daughter Stella. Stella has not seen Luis in a while and Brianna knew it wasn’t fair to her daughter. She could actually count on one hand how many times Luis had seen Stella. He had promised to be there for their daughter and he failed to live up to that promise. So, Brianna went to the club where he was the deejay. She confronted him when he was on break and somehow that confrontation turned into flirtation. Brianna was asking to go back to his place. She was calling it home and it was clear she wanted to be with him as in she wanted to have sex with him. And so she lost sight of why she went to the club in the first place.