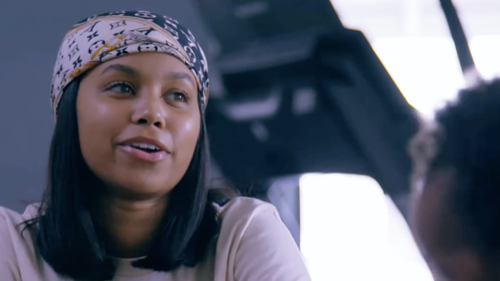 Tonight on MTV Teen Mom OG returns with an all-new Tuesday, May 26, 2020, episode and we have your Teen Mom recap below. On tonight’s Teen Mom Season 8 episode 23 as per the MTV synopsis, “Catelynn welcomes her third daughter; Maci faces a difficult discussion with her son Bentley; Cheyenne’s co-parenting relationship hits an all-time low, and Amber confronts her mental illness.”

Cory is back from “the Challenge”. He’s home now. He wants to get back into the swing of things and he also wants to prepare for his new baby. Cory was having a baby with his girlfriend Taylor. The pregnancy had been a surprise to both because they hadn’t even reached the “I love you” when they found out they were pregnant and so things have been moving fast since they learned the news. Cory does say the “l” word to Taylor now. He rubs her belly throughout the day and he can’t wait to meet his child. He was hoping for a boy. He has a daughter already with his ex-girlfriend Cheyenne and Cheyenne was being very supportive of him. She even helped him throw a gender reveal party.

Everyone thought the baby was going to be a boy. They all talked about him as if he was a boy and so only little Ryder was wanting a sister. She was asked which one she wanted and she said “sister”. She later changed her mind when her father told her she was hoping for a boy, but she’s still a toddler and her first reaction was a girl. She really wanted that sister. Ryder was waiting for the birth of her sibling as Amber was dealing with her overprotective brother. Her brother Shawn was concerned for her because he was worried about her latest relationship. Amber had jumped into a relationship with Dmitri really quick and she’s only now thinking of the repercussions.

Amber’s last relationship ended in disaster. He recorded her, he painted her out as being abusive, and he tried to shove Amber out of her son’s life. Amber had a long line of exes she’s been in trouble with. The only ex she’s on good terms with is Gary and that’s because he knows her. He knows she’s troubled. She has issues with mental illness and her anger. She needs understanding. Amber is the mother of two children and she also needed to think about what was best for them. Her jumping into a new relationship so fast had caught everyone by surprise. They thought she wasn’t ready for it and her brother was weary.

Her brother talked to Gary. Gary has been talking about Amber’s new boyfriend and how he has two kids back in Belgium. It wasn’t going to be easy for Dmitri to relocate. He has his own children to think about and so Gary was just as concerned as Shawn. They didn’t want Amber to get hurt again. The guys discussed the best way to approach Amber and her new boyfriend. Dmitri seems like an okay guy for now. He did the lie detector test that Amber had demanded and he passed. He’s been telling her truth since he met her. He wasn’t the one that leaked the relationship to the press and if anything he hasn’t done a single thing that would imply he could hurt Amber.

Then there’s Maci’s son Bentley. Bentley was a wrestler. He works out every day with a coach and his mom telling him what he needs to do to win a match. He follows their advice. He always listens to them and that seems to be triggering his father Ryan. Ryan didn’t like how Bentley was losing weight to stay in his division. He mocked it by saying Bentley would turn into a late bloomer if he keeps losing weight and so Ryan was firmly against the decision. He tried telling Bentley and Bentley didn’t seem to be listening to him. Bentley likes being a wrestler. He has his mother’s support. Maci has put him on diet and she’s been keeping him disciplined.

Maci was thinking of scholarships. Bentley could potentially receive a scholarship to high school and even college if he continues in the sport. Her ex-boyfriend Ryan knew about the scholarships. Except he didn’t think it should be important enough to dictate Bentley’s weight. He talked it over with his wife and they both don’t like what Bentley’s doing. They wished they could stop him and neither had the authority to do so. Ryan wasn’t an equal parent. His problems with drug abuse and violence had taken away whatever say he had in Bentley’s life. And again Bentley seems happy, so why should he change that for Ryan or anybody else.

Mackenzie was in trouble. She’s been struggling since her mother died and it’s been hard for her to get out of bed because she’s just that depressed. So, Mackenzie has been a little lapsed in taking her children to school. They missed almost an entire month and Mackenzie was being threatened with truancy court because of it. She really messed up here. Mackenzie let her depression overrule everything else and now it’s hurting her kids. Her kids needed to be in school. It could have helped them work through their own grief about their grandmother because they would have had to focus on something else for a while and so the truancy court could be the best wakeup call for Mackenzie.

Mackenzie knew better than to dismiss it. She was going to have to respond and the lesson she learns from it would keep her from making the same mistake again. Mackenzie was working on getting out of control and meanwhile Cory learned he was going to be a father to another girl. They had the gender reveal party and there was plenty of pink confetti going around. Cory had still been happy. He quickly accustomed himself to having a girl and so he wasn’t upset about it or anything. He did worry about Cheyenne. Cheyenne has always wanted a family with the white picket fence and Cory hadn’t wanted to rub his growing family into her face. And so Cory made sure Cheyenne was comfortable through everything.

Tyler’s friends were also checking upon him. Tyler’s father Butch has moved back to Michigan and he hasn’t reached out. Tyler wants to hear from it. He wants to know if his dad is okay and he also doesn’t want Butch getting in trouble with the law again. Butch has struggled with drug addiction his whole life. He’s been in and out of jail. He wasn’t even that good of a dad. Butch wasn’t a constant presence in Tyler’s life and Tyler loved him anyways. Tyler put him in rehab. He’s walking the fine line with being concerned for his dad and enabling his dad. And so Tyler has been leaning on friends and family.

Tyler’s wife Catelynn has been super supportive. They didn’t invite Butch to their daughter Vaeda’s birthday party and yet everyone at the party couldn’t help mentioning him and what he’s been up to. And so Tyler wasn’t alone in worry about his dad.