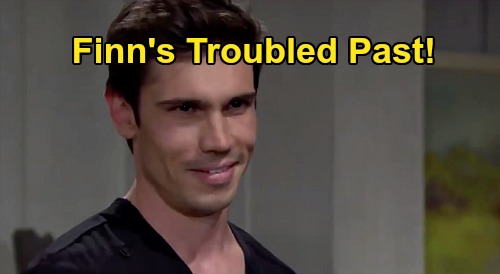 The Bold and the Beautiful spoilers document that Doctor John Finnegan (Tanner Novlan) caught Steffy Forrester’s (Jacqueline MacInnes Wood) eye at the hospital. The brief flash of chemistry was noticeable to the audience, winking at the potential emergence of a new couple.

Soap fans know that all newly introduced characters, who are projected as important, also carry their backstories with them. So, does John have a troubled past that will eventually impact Steffy’s life after her recovery?

Bold And The Beautiful Spoilers – Liberty Biberty Impression Made

Novlan’s professional entertainment career began in 2009, when he appeared in the film Maneater. He went on to earn numerous credits during the 2010’s, including roles on the television shows Bones, Parenthood, Rizolli and Isles, and Roswell, New Mexico.

With whatever viewers have been watching on traditional broadcast networks, cable or satellite channels, or through stream platforms in recent years they’ve likely seen Novlan in a widely played insurance commercial.

Novlan’s character attempts to say his lines through numerous takes before hilariously uttering “Liberty Biberty”, which is the botched version of the insurance company’s name. A decision is made to dub the dialogue, with another actor’s voice being heard during the final version of the commercial.

Steffy suffered some injuries as a result of her motorcycle colliding with Bill Spencer’s (Don Diamont) sport utility vehicle. It doesn’t appear that she’s in serious danger, but does seem to have some broken ribs and possibly, cartilage damage.

Dr. Finnegan has been assigned to Steffy’s case and will be seen with her at the cliff house in coming episodes. So, a personal connection appears set to play out.

Bold And The Beautiful Spoilers – New Husband For Steffy Forrester Seen In LA?

Novlan’s’ wife is a former B&B cast member. Kayla Ewell (Caitlin Ramirez) was on the show in 2004 and 2005. The actor has many other credits dating back to 1999, when her career started. Like Novlan, she is also part of the cast of Roswell, New Mexico.

Projecting John as Steffy’s new love interest would join the buzz that’s been surrounding the introduction of Novlan’s B&B character and his initial tie to Wood’s alter ego.

Whether John becomes Steffy’s next significant other, or husband remains to be seen. But writing the doctor as having a checkered past would add drama to the storyline.

B&B has just begun presenting its new episodes. So, the fans will soon learn if John and Steffy are a match and what, if anything, the doctor was involved in before he met her.