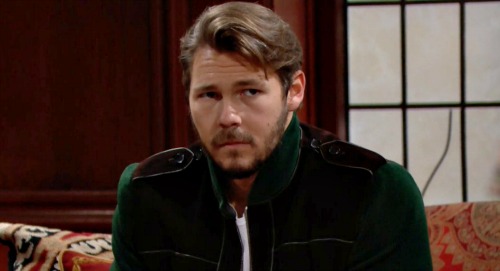 The Bold and the Beautiful spoilers tease that Liam Spencer (Scott Clifton) currently stands as the character who will tip the reveal scale. But that feels like a head-fake from B&B’s savvy writing staff.

Steffy Forrester (Jacqueline MacInnes Wood) exhibits similar traits as her seeming true love, meaning Liam. Like him, she is prone to talking too much about issues that don’t need to be discussed.

Bold And The Beautiful Spoilers – No Consideration For Hope Spencer

Liam didn’t give Hope Spencer (Annika Noelle) the benefit of the doubt, even after all that he’s been through with her. He chose to think that she was kissing Thomas, rather than proceed skeptically as is Liam’s normal bent.

While the above was understandable, in the moment, Liam has later admitted that it wasn’t in his nature to not confront who he thought was Hope and Thomas in the apartment in the moment. Viewers know that glitch was necessary to further the plot.

Bold And The Beautiful Spoilers – No Consideration For Finn

Steffy exhibited no consideration for John Finnegan (Tanner Novlan) when she began drinking with Liam at the cliff house. She was stunned by the mesmerizing tale he was passionately relaying to her, while also offering possible counters to it being true.

Liam’s rejection of Hope and his inebriated status allowed him to blurt out his Utopian suggestion that Steam might have yet another rebound opportunity. He also expressed his what if doubts about whether he should have ever left Steffy.

So, it was no wonder that Wood’s character felt compelled to reconnect with Liam. He remains the love of her life and retains an overly profound influence in her life.

Teasers indicate that B&B will drop the reveal about Steam’s cliff house reconnect next month. Steffy telegraphs as the more intriguing option to either let that information slip, or to come forward after something even more dramatic is learned.

The closeness in proximity to the cliff house incident with Liam and the romantic time Steffy recently spent with Finn points directly to a paternity conceal option. Whether Steffy wants to tell whoever the father is the truth, or attempts to control that outcome, is the next big ask on this classic daytime drama.