BY Sean O'Brien on May 16, 2020 | Comments: Leave Comments
Related : Soap Opera, Spoiler, Television, The Bold and the Beautiful, The Young and the Restless 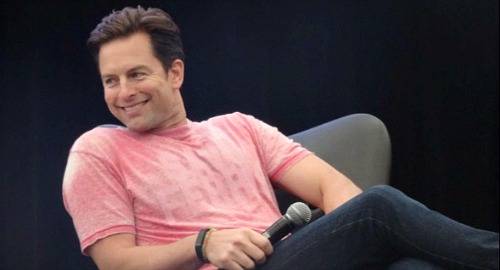 The Bold and the Beautiful spoilers tease that Michael Muhney (formerly Adam Newman on The Young and the Restless) could join the cast of B&B. This is, of course, a hypothetical conjecture piece that asks passionate soap fans to offer their input on this topic.

So, imagine Muhney being cast as a newly revealed member of one the many families that live, or have lived in this fictional town. He could become a Forrester, Douglas, Logan, Spencer, Fuller, or Spectra.

Maybe he’s connected to the Hayes, Walton, Marone, Avant, Webber, or Carter families, among others. Alternatively, Muhney could be written in as a recast of a character who was previously seen.

Muhney gained daytime fame when he played Adam on Y&R from 2009-2014. The shocking announcement that his contract was not being renewed came in December 2013, with his final scene airing in late January 2104.

A lack of details from Y&R and the actor in the weeks that followed led to rampant speculation. Some of that was understandable. What wasn’t were the smears against Muhney in what was later identified (by a private detective Muhney hired) as originating from a source that wasn’t connected to any cast member, behind-the-scenes coworkers, or any corporate entities connected to the show. Various people connected to Y&R were also defamed as a result, which was equally wrong.

Muhney was included in the recast process that took place in mid 2014, with Justin Hartley (Adam) being hired. It’s not reasonable to believe that Y&R would have allowed Muhney to be part of that process if he’d done anything that crossed legal lines during his tenure. That conclusion has served to sideline the smear job against him and Y&R in all reasonable minds.

Bold And The Beautiful Spoilers – New Character On Spinoff Show

A variety of characters have crossed over from Y&R to its spinoff show, B&B, through the years and vice versa. There are also some actors who have played one character on Y&R and then played another on B&B, which allows the audience to employ the suspension of disbelief, as they recognize the actor from her, or his prior part.

It’s understood that Muhney can’t play his former Y&R role on B&B. That character is currently being played by the current recast, Mark Grossman (Adam).

So imaging Muhney becoming part of a known family in a recast role. Casting him as an entirely new character is also intriguing and would allow for maximum leeway.

Bold And The Beautiful Spoilers – What Would Be Most Intriguing?

Muhney will be 45 in June. But a general age range would only be impactful if the assumed character he plays becomes someone specific. Otherwise, the approximate age of this character wouldn’t matter.

The Logan’s had another brother. Possibly Quinn Fuller Forrester (Rena Sofer), or Bill Spencer (Don Diamont) had a brother? The new character Muhney could play marries into the Avant family?

The possibilities are endless, with any of the suggestions rightly examined, questioned, or added to. But there’s no doubt that if Muhney is ever hired to work on B&B, with everyone knowing that hasn’t happened and may never, daytime buzz would surely erupt.