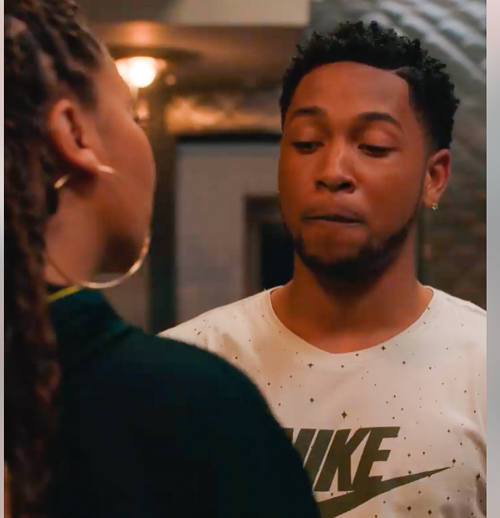 Tonight on Showtime The Chi airs with an all-new Sunday, June 28, 2020, episode, and we have your The Chi recap below. In tonight’s The Chi season 3 episode 2 called “Brewfurd,” as per the Showtime synopsis “Kevin rallies Papa and Jake for help. Emmett finds a short-term solution to his food shortage problem.

Jada samples the dating scene and a local trap kitchen run by Dom. Trig devises a plan to get custody of his brother Jake from Douda.”

Tonight’s The Chi Recap begins now – Refresh Page often to get the most current updates!

Kevin is thinking back about his relationship with Keisha and how he got her in trouble once when he accidentally outed her to taking birth control pills, he took one out of his purse thinking they were mints. He is really worried about Keisha, she has been missing now for two days. He reaches out to Malaysia to see if she has any news. Kevin’s mom catches him as he is leaving the house and asks why Keisha hasn’t come home, he plays off as nothing and says she is probably with Malaysia.

Emmett is at work, his son is there, he gives him a chef’s hat. Emmett’s food arrives, he gets everything ready to deliver on time. Meanwhile, Ronnie is looking through the trash to collect bottles and cans for money.

Nina and Dre head to the school to find out where Keisha is, only to find out that she is not there and there have been a lot of absences lately. Nina knows something is wrong, she can feel it. Meanwhile, Nina and Dre come out of the school and Kevin is on his bike, he sees them. After they leave, Kevin approaches the school when he sees Malaysia. He tells her it’s an emergency, he has to find Keisha. Malaysia says that she hasn’t heard from her either.

Perry gets mad at Jake for coming into the house with his shoes on, asks him if he wants to live there. Jakes says yes and takes them off, goes upstairs.

Imani and Trig are together, he tells her a story of when he was little and he wasn’t there for Jake, and he is the only thing he has left. Imani says she is getting dressed and he is taking her out.

Jada is at a Speed Dating event. A guy named Roger sits down with her, he says he loves cats and she starts talking about how the Egyptian killed them back in the day. Next, she sits with a young man and she tells him that she is a grandmother, that one is done. Next, she tells this guy everything about her, and asks what part of Asia he is from, he says he is from Lincoln Park. Jada isn’t doing that well and she gets frustrated. All she wants is someone normal, that she can spend some time with. Jada goes to see Jerrika and tells her what happened, Jerrika gives her a card for Suede and tells her to go get a massage. Emmett walks in, Jada says that is her cue and she leaves.

Trig heads to a bar, it is a gay bar, a guy hits on him, the two get in a scuffle. Trig gets mad at Imani and asks why she brought him to a gay bar, she says because those are her people and sometimes she needs to be around her people.

Kevin, Nina, and Dre are at home, the police are there and asking questions about the last time Kevin saw Keisha. He tells them that she went to a party and never came back. Kevin says that he thinks she is with a new boyfriend. The cop is no impressed and says she probably ran off with her boyfriend. Nina turns to Kevin and tells him to get to school, she is mad at him. Dre takes Keisha’s computer, to see if there are clues on there where to find her.

Emmett goes to see Dominique about a job opportunity. She takes him into her kitchen. He tells her that he needs a chef for his catering business. She cooks for him, he loves it and tells her that they can make a lot of money.

Kevin and Jake are at the pizza shop, Jake has a visitor, it is Trig and he says he came back for him. Jake says he is not going to end up like Reg, he is smarter. Trig reminds Jake of things they did when they were little. Jake says he has to get back to work. Trig asks if they can get to know each other, he wants him to come to live with him. Jake says baby steps, Trig agrees.

Jada went for her massage, she is loving it, and it turns into more than just a massage, and it’s a boy that Emmett went to school with.

Dre follows Keisha’s phone and finds out that she was at the bus stop where we saw her last. Dre heads under an overpass, she shows some of the homeless people a picture of Keisha and asks them if they recognize her. Ronnie is there, he says he saw her at the bus stop a few days ago, but he doesn’t know if she got on it. Dre tells him that she knows who he is and she knows her cell phone is there. Ronnie finds her phone, it is with another man who collects cell phones. Dre tells Ronnie that if she finds out that he had something to do with it, she is going to come back and kill him herself.

Emmett is with Dominique and tells her that he is trying to build a legacy. She says ok.

Dre gives the cops Keisha’s phone, Nina is really upset. Meanwhile, Kevin, Jake, and Papa are out looking for Keisha. They head to her a guy Kevin thinks she is dating, the guy pulls a gun on him and Kevins says he is not leaving without his sister.