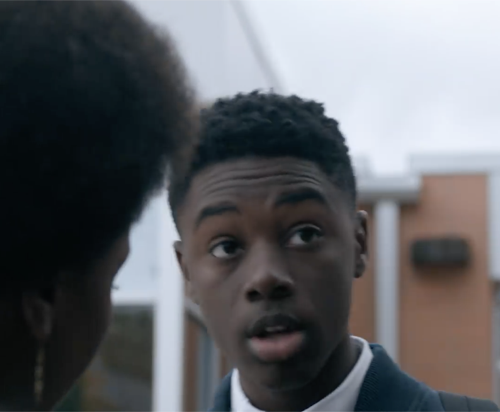 Tonight on Showtime The Chi airs with an all-new Sunday, August 2, 2020, episode, and we have your The Chi recap below. In tonight’s The Chi season 3 episode 7 called “A Stain,” as per the Showtime synopsis “Ronnie laments a loss; Emmett and Dom get help from landlord Zeke in their new effort; Kiesha is resigned to her fate but vows to fight; Jemma melts Kevin’s heart; politics pit Douda against Camille.”

Tonight’s The Chi Recap begins now – Refresh Page often to get the most current updates!

Ronnie toasts his grandmother with a drink at a memorial for her. Jada shows up, she tells him that she is there because she liked his grandmother. Then she goes on to tell him that he shouldn’t be drinking because he has a drinking problem. Then, she wishes him the best and she leaves.

Dom and Emmett begin the process of taking over Sonny’s for themselves – Emmett brings his son, Dom is not impressed. The meeting is with Sonny’s property manager, the two were hoping to get Sonny evicted. They promise the guy more clients, but he wouldn’t budge.

Nina is going through Keisha’s things, she tells Dre she can’t do it, she can’t handle it. Dre tells her that it is not giving up on Keisha, Nina says it feels like that. Dre says that the room is haunting Nina. Nina tells Dre that she is giving up hope, she walks out of the room.

Kevin and Jake are at school, Kevin keeps staring at Jemma and Jake tells him to let her go, she put his business in the street.

Jada arrives home with Tomas, she gets there early and finds a mess in the house and is annoyed with Emmett and Tiffany. Jada goes out of the apartment with Tomas, he tells her that her son is taking advantage of her and he wishes she would put herself first sometimes. After he leaves, she tells off Tiffany and Emmett and says they need to clean up since they are staying there rent-free. Emmett tells his mom that they need to stay just a little bit longer, he lost his job, and it is a long story. In fact, they need to stay until the end of the year.

Ronnie is back in the bar, he chooses to have a cup of coffee, he says he is going sober. His friends are there, he tells them that their friendship is the light in his dark.

We see Keisha, her captor leaves the bed he is sharing with her, locks up all the door. Kiesha jumps out of bed and gets dressed. She goes over to a chair, breaks a leg off of it and gets back on the bed, hides it behind her back. Her captor comes back with food for her. She attacks him with a wooden leg. He overtakes her, and almost punches her in the face, but stops. He tells her the next time she tries that he won’t be so unforgiving.

Papa brings Maisha flowers, she tells him that her mom lost her job so she has to babysit, she can’t go to school. He asks if there is anything he can do, she says no.

Emmett gets a job with Dom.

Dre tells Nina it is time, she needs to pack up Keisha’s things, they can’t do this forever. Nina is upset and says she doesn’t understand why she is pushing her. Dre says they need to start the grieving process, Nina tells her to get out of her house. Nina takes off her wedding ring and gives it to Dre, along with the wedding photo, and tells her again to get out.

Keisha is in her room, her captor has removed everything except the bed and sheets. Keisha rips the sheets and makes a noose out of it.

Jemma tries to talk to Kevin, she tells him it has been two days already and he hasn’t spoken to her. She whispers in his ear to come over to her house. Once there, they sit on the bed, his shirt is opened, she unbuttons her shirt. He tells her that he doesn’t want to do anything that she doesn’t want to do. Her father, Marcus arrives home, he goes to Jemma’s room and finds the two of them dressed, Kevin sitting on the bed pretending to read a book, upside down. Marcus asks Kevin to have a talk with him.

Papa tries to take the money from the church, his father catches him and Papa explains that the money is to help Maisha’s family, her mom lost her job.

Ronnie is still looking for Keisha, he speaks to a woman and she tells him that her neighbor across the street named, Omari is a “little touched,” and lives alone. Ronnie finds a metal tool outside and breaks into the kidnapper’s home, he calls out Keisha’s name. Keisha hears Ronnie, but Omari arrives home and finds the front door open. Ronnie breaks into the room, Omari attacks him, while Keisha jumps on Omari. Ronnie doesn’t give up, but neither does Keisha, she picks up the metal tool and beats Omari until he can no longer move. Keisha goes outside the house, we hear sirens. Ronnie is put into an ambulance, Keisha in another one.

Marcus and Kevin are in his study together, he asks Kevin outright if he was going to have sex with his daughter. Just then, Kevin gets a text, he says he has to go and runs out of the house. Kevin runs all the way to the hospital, his mother is there, he hugs her. They don’t know any answers yet, the doctor is looking at Keisha.

Keisha is in her hospital bed when Nina and Kevin, and Dre, enter the room. Nina asks if Keisha is ok if she needs anything. Keisha is crying, Nina tells her that she doesn’t have to talk about anything to anyone until she is ready, she is just happy to have her here in her arms, Nina hugs her. Kevin goes beside Keisha and hugs him too and takes Dre’s hand.

Camille and Douda are at a party, they are talking to Jemma’s dad, who says that he sees some of himself in Douda and he donates to his campaign. Camille won’t drop out of the race.

Sonny’s property manager, Zeke goes to see Emmett and Dom, he will let them run Sonnys for a few months and may turn into long term. Emmett and Dom hug. And then, it turns into more as they start kissing and shedding clothes.

Papa and his father drop by Maisha’s house and give her mom and envelope filled with cash. She doesn’t want to take it, but the pastor tells her that it was raised for her and all people fall on hard times, they are leaving it with her.

Douda tells Jake that he is not the reason that his brother is dead, he caused that on his own, he can’t save everyone. Jake asked why is he saving him then.

Dre meets up with the doctor in the hallway, who tells her to watch out for signs of suicide with Keisha, and her STD results will be ready in a few hours. Dre returns to the room, Nina is in the bed sleeping with Keisha, she pulls the blanket over them.

Kevin goes to see Ronnie in his room, he says thank you.