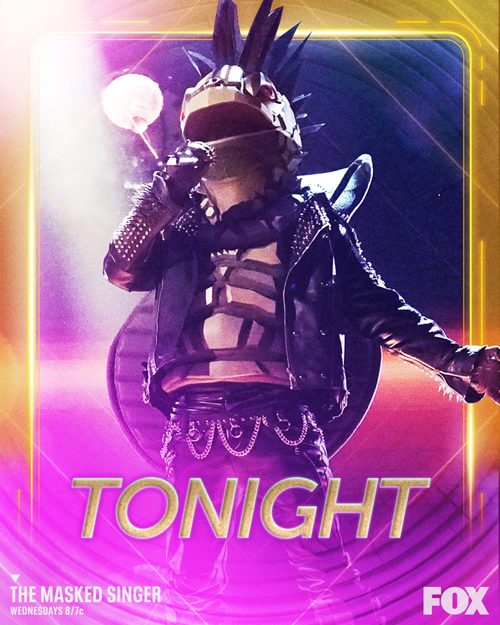 Tonight on FOX The Masked Singer airs with an all-new Wednesday, May 6, 2020, Season 3 Episode 16 and we have your The Masked Singer recap below. On tonight’s The Masked Singer season, 3 episodes 16 called “A Quarter Mask Crisis: the Quarter Finals,” as per the FOX synopsis, “The final five singers compete in the quarter-finals. Comedian Jeff Dye joins host Nick Cannon and panelists Ken Jeong, Jenny McCarthy, Nicole Scherzinger, and Robin Thicke as they dive into the clues and make their guesses for the celebrity singers performing under their masks.”

It’s the Quarterfinals! Comedian Jeff Dye joined the rest of the cast as they listen to the Final Five. The Frog was up first. He took a risk last week. It was a quite big gamble for him and yet he showed his versatility by doing so. The Frog also talked about himself. He mentioned how everything in his life has happened so fast that he had needed to take a break and find a balance. The Frog is happier now that he has his life in order. He credits having a kid for helping him find his way. He was also a great entertainer. He performed Young MC’s “Bust A Move”. He even threw in some nice dance moves to go along with a song and so slowly the clues were adding up.

Nick showed off the Frog’s items. The Frog has recently purchased a model airplane. He danced to the movie Footloose and there was a falcon onstage with him at one point. Jenny thought all the clues added up to mean the Frog was secretly Anthony Mackie. Mackie played the Falcon in the Marvel Movies. He flew as part of his superpower and that would explain the private airplane. But Robin went in a whole different direction. He was torn between Omarion and Lil Bow Wow and he ultimately chose Bow Wow because of the plane. Bow Wow had gotten into some trouble because of a private plane and so it would make sense that would be his clue.

Ken went into an entirely different area. He thought Derek Hough and Nicole had to disagree with him. So, did Jenny. They both pointed out Derek didn’t have kids and so it couldn’t be him. Jeff thought it was Sir Mix A Lot. He said a lot of the clues reminded him of where the man grew up and his story and so he was sold on his theory. They were all sold on their theories. They each believed they were right and they won’t know if they were until the Frog is eventually unmasked. Until then, the show went on. The Kitten went next. The Kitten portrayed a scene from the “Wizard Of Oz” in which she was flying over a rainbow and there was the song

The Kitten performed “Back to Black” by Amy Winehouse. Her performance this time around was stronger than her last one and so it seems her confidence was growing. There was also the package. Her package was a bow and arrow. Jenny believes the Kitten was Lea Michelle. Lea was in a spin-off the Wizard of Oz and she had an arrow tattoo. Nicole thought the Kitten was her friend Vanessa Hudgens because her voice reminded Nicole of her. Jeff was still playing around. He wasn’t taking the guessing seriously and so he said it might be one of the Olsen twins. And out of all of them, Jenny’s guess seemed the most on point.

The Rhino went next. He showed a picture of three elephants and that seemed to imply he has three kids. He also had a southern twang which was a clue in itself. The Rhino liked performing romantic songs and he did so last week as well as this week. He “You’ve Lost That Lovin Feeling” by Righteous Brothers. The Rhino had the “Top Gun” as his background. His package was also a Navy hat and so Nicole took it to mean he was Jason Aldean. Aldean just had his third child. His son was named “Navy” and that southern accent had had her convinced. Jeff thought the Rhino was Trace Atkins. He said Atkins had a connection to all the clues. And then there was ken who thought the Rhino was David James Elliott who starred on ten seasons of JAG.

Next up was the Night Angel. The Night Angel grew up singing. She also plays the piano and was taught by her aunt on how to put on a show. She performed “Last Dance”. It was the same song she used to sing as a child and the clues went on. Her package was snow gear. She had snowshoes and a warm hat. There was also makeup in the background. Ken took it all to mean the Night Angel was T-Boz from TLC. Nicole thought it might be Tiny. She made a connection between the makeup and Tiny while Jeff was again playing around. He picked Alicia Keys because the background matched several of her songs. And because of the Colombia anesthetic could be a sign for Alicia because she went to Columbia University.

The Turtle went next. His clue package was hero themed. He said he felt like a hero in the turtle mask. The package also showed off a bride and groom wedding topper. There were some poker chips as well and lastly there was the song. The Turtle performed “Fix You” by Coldplay. The Turtle was a pretty good singer. He moved people with his performance and he might go to the finals with it. Jeff guessed the Turtle to be Norman Reedus. His final clue being a dead body and Norman was in “the Walking Dead”. Ken guessed Howie D. He saw some boy band moves and Howie was in a movie with zombies. And Nicole guessed Jesse McCartney because he implied they spent the morning together and she had done the Today show with him once.

The singer that received the least amount of votes is, unfortunately, the Kitty. She was unmasked and her real identity is Jackie Evancho. The entire panel had guessed it wrong. They had missed the operetta clues and Jackie is an opera singer. But she now wants to be known for more than just being an opera singer.