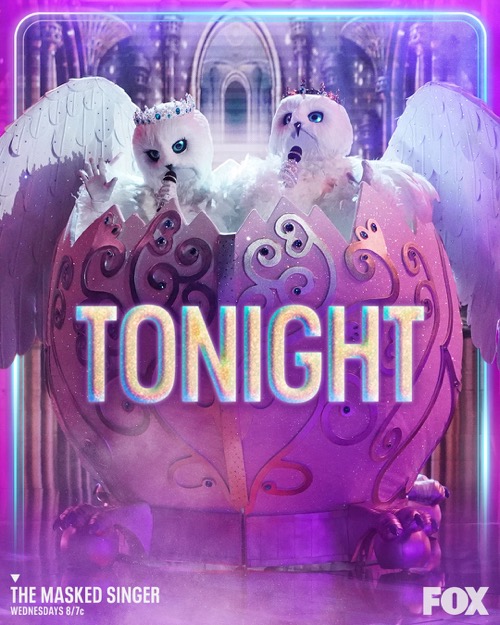 Tonight on FOX The Masked Singer airs with an all-new Wednesday, October 7, 2020, Season 4 Episode 3 and we have your The Masked Singer recap below. On tonight’s The Masked Singer season, 4 episodes 3 called “The Group A Playoffs – Famous Masked Words,” as per the FOX synopsis, “The celebrity contestants return for the Group A playoffs and their second performances of the season.”

Nick Cannon takes the stage to kick off tonight’s episode. Group A will compete tonight. There are only 3 spots with 4 singers. A singer comes out with a Robin Thicke mask on. Everyone goes wild. The singer performs. After, he tells Nicole and Jenny he is a big fan. The audience and judges beg him to take off the mask. It is Joel McHale! He sits on the panel.

On to the real competition. Popcorn is up next. She shares more of her story, telling everyone how she suffered from anxiety in her past. She also has a big crush on Nick! She takes the stage to sing a Harry Styles song. The audience loves her performance. Suddenly, the clue dropping drone comes in, giving them a clue about being close but far. The panel all debate. Joel thinks it is Gloria Gaynor. Ken thinks Katy Perry. Jenny thinks Vanessa Williams.

The giraffe is up next. He shares a tough personal experience. He is back now because he is a fighter. He takes the stage to sing. The panel gets a clue. Robin thinks Travis Barker. Nicole thinks maybe Shia LaBeouf. Joel thinks Jason Priestley or Scott Wolf. Ken agrees, it could be Shia. He rambles on and on. Jenny falls asleep.

The snow owls are up once again. They share how they have been tight, having gone through a lot together. They take the stage to perform.

Jenny loved their performance. Robin liked how their voices were equally featured. The drone returns to share a clue. Kenny thinks it is Will Ferrel and Rachel McAdams. The panel laughs. Joel thinks it is Tricia Yearwood and Garth Brooks. Jenny and Joel think it could be Nicole Kidman and Keith Urban. The snow owls share that they are not Bjork or Hiney Boo Boo. Everyone laughs.

The Sun is up next. She loves dressing up. She shares more of her childhood which was difficult. She often escaped to the woods to get space. The drone clue comes in. Jenny thinks it is Demi Lovato or maybe Mandy Moore. Robin thinks maybe Katherine McPhee. Nicole thinks it could be Carrie Underwood.

It is time to vote. The votes are in. The singer headed home tonight is the giraffe. Before the giraffe unmasks, the vault is brought out. They review the panel’s guesses. Nicole thinks it is Dale Earnhardt Jr. while Ken thinks it is Shia LeBeouf. Robin and Jenny think Seth Green. Joel thinks it may be Jason Priestley. It is Brian Austin Green! Robin cannot believe it. He laughs. The pair have been friends since they were kids. They sing a song together for the audience.