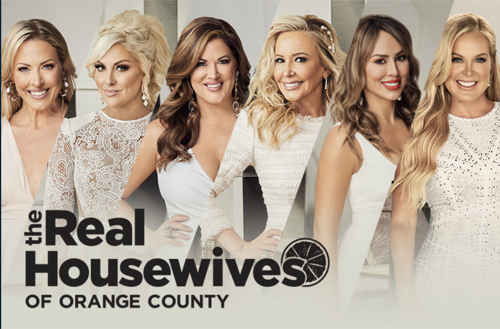 Tonight on Bravo TV the original housewife series, The Real Housewives of Orange County returns with an all-new Monday, October 14, 2020, episode and we have your RHOC recap below.  On tonight’s season, 15 episode 1 called, “An Unexpected Secret,” as per the Bravo synopsis, “Change is in the air in the OC as Shannon, Gina and Kelly have new significant others and homes.

As Shannon takes a tour of Gina’s new house, she vents frustrations about Kelly. Braunwyn and Kelly head to their friend Elizabeth’s beach house and are shocked by Elizabeth’s unconventional relationship.”

Shannon and John have merged their families. She loves it and is wondering but hoping the other shoe doesn’t drop. She may be 55 but loves this whole experience.

Kelly and Rick are walking with her daughter through a carnival. Kelly is happy that her daughter really likes Rick. They all get on the Ferris wheel. The talk and laugh about her daughter’s mood swings. The stop to see a psychic. She tells Rick he is in the midst of a passionate relationship. He agrees.

Gina shows Shannon her new home. Shannon loves what she has done. They talk about Kelly who Gina shares is engaged. Shannon shares that she has learned Kelly is moving into her neighborhood. The pair are still estranged.

Emily and Shane head out for dinner. They are celebrating their anniversary. It has been 11 years. Last year they had troubles but now they are doing so much better. A lot of that has to do with Emily realizing what kind of husband and father Shane is.

Shannon visits Braunwyn at her new home. Shannon loves it all, the pirate ship, the kid’s rooms, and more. Meanwhile, Kelly and Gina head to hot yoga. They shop after and talk about how Braunwyn really likes to party. Braunwyn and Shannon talk about Kelly moving into her neighborhood. Shannon is annoyed and cannot believe Kelly git involved in her lawsuit.

Braunwyn wants Shannon and Kelly to work it out. Liz heads with her brother and a friend to look at a property for rescue dogs. They have become her life. She wants to pursue this further but cannot until she sells her music streaming service. She cannot do this until after her divorce.

Braunwyn and Kelly meet up. Kelly has a drink. Braunwyn announces Shannon is coming over. After Shannon arrives, Kelly gives her a present. They are UNO cards. Shannon appreciates it. They talk about their fight and what happened and how they felt. Kelly gets up and walks down the hall. They realize she has gone to the bathroom. After she comes out they talk more. They both want to get along. They decide to let things go.

Gina heads to speak with her lawyer about Matt. Travis goes with her. She is so happy things are getting better. They are really working on co-parenting. Meanwhile, Braunwyn meets with Emily. They sit to talk.

Braunwyn wants to say she is sorry. She starts to cry and breaks down. She has been drinking so much and it is time she stops. It has really taken a hold of her life and she thinks she needs to stop and never drink again. It has to be forever and that is a long time. Emily comforts her as she talks about just how much she has been drinking.