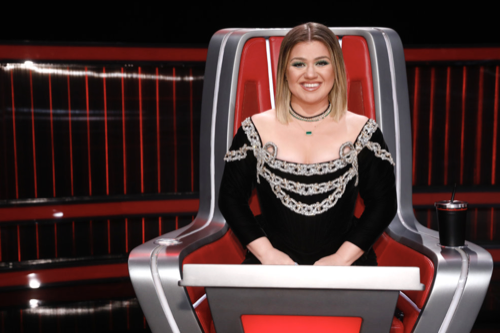 Tonight on NBC’s Emmy Award-winning musical competition The Voice airs with an all-new Tuesday, December 15, 2020, season 19 episode 19 “Live Finale Part 2,” and we have your The Voice recap right below. On tonight’s The Voice season 19 episode 19 “Live Top 9 Results” as per the NBC synopsis, “The star-studded finale will unveil incredible new performances and host Carson Daly will reveal who America has chosen to be the winner. Coaches are set to perform in addition to a holiday performance featuring the Top 20 and special A-list performances.”

Its Part Two of the Live Finale! The show opened up to a holiday concert. Part Two of the Live Finale was basically one large concert and so the only thing different about the opener was that it was about the holidays. It didn’t matter if it was Christmas, Hannukah, or any other holiday. It the season for everything and everyone. The concert itself had past and present contestants who all came back for this one moment and this group came together to sing several holiday songs. It was good seeing everyone. The ones that were eliminated were glad to be back and the ones up still in the competition were doing their best to remind America why they should vote for them. And the voting was still going on.

The first half of the show didn’t have any new eliminations. There was the holiday concert and there had even been several celebrity guest appearances. Like Nelly. Nelly performed tonight. He looked good and he sounded even better. There was also general entertainment. The judges were still up to their tricks. Blake and Gwen did a skit about country living and it turns out Gwen thrives in the country setting. Then there was another performance. This time from Lewis Capaldi. He performed his hit song “Before You Go” and it was a very stripped down performance. There was just him and the pianist. There was also a smoke machine whose job it was to make Lewis look like he was floating and so whoever was in charge of that did their job.

There was a following performance from 24kGoldn who performed his song “Mood” with Iann Dior. The two of them went big and they gave a stellar performance. Afterwards, the Kelly decorated a cutout Christmas tree alongside Desz and the two talked about this past season. Desz has come far on the show. She’s gained confidence and each performance has been better than the last. Her original song was especially a hit with everyone who were looking for a connection after a year 2020 has been. Desz and her coach also performed together tonight. They performed “I’m Every Woman” and the duet was easily one of her strongest performances to date. She sounded great. Kelly sounded great. They also both looked amazing in their ball gowns.

The show doesn’t look like it has in the past. Again, 2020 was not what anyone had envisioned. There was a pandemic that changed everything and one of the things that had to change was the show. There’s no more handshakes or hugs. The judges had to welcome people to their teams using new methods and John’s one was mocked because it was a rubber glove at the end of a stick. He would do talk to the hand with his fellow judges. He would give people handshakes with his artificial hand and he has even passed the salt with this rubber glove. John loved it so much that he might bring it back for next season. And in the meantime Blake has the cutout picture of himself that people can hug, Gwen has a rocket launcher that delivers her jackets, and Kelly has a closet the contestants can go into.

Jason Derulo had to perform remotely tonight because it was best health-wise. He performed “Take You Dancing”. He probably gave one of the best performances of the night just because he had fireworks, backup dancers, and even fake snow. Like he gave a concert-worthy performance. Jason pumped up the crown while the next performance mellowed everyone out. The next performance came from Lauren Daigle. She currently holds the record for the longest time up as number one on the Christian music charts and so she sang her hit “You Say” for everyone tonight. Which truly was inspirational. There were more performances for the night. There was one from John Legend and John Holliday or the two Johns as everyone calls them. They also came together to decorate Christmas trees.

The two performed a duet together. They performed the song “Bridge Over Troubled Water” and that was the perfect song for this holiday season. Everyone needed to remember that life will get better, but its hard to see that right now and so it’s a song like this that reminded everyone. The show is also doing something special this year. Its sending its winner to Disneyland to go enjoy the three amusement parks there and to unwind. It was a nice little surprise for everyone. Another surprise was Kelly’s gingerbread house tutorial. She put together a gingerbread house from scratch and, while it wasn’t perfect, it looked fun to make. It also made everyone smile as Kelly completely got the steps wrong.

Dan + Shay performed their new song “Take Me Home For Christmas”. They performed remotely and so that gave them bigger and better chances at pulling off a worthwhile performance. There were also fireworks. There was some snow and if they had just gotten in before Jason Derulo then it would have been their performance at the top. Not his. Only they came after Jason and so Jason’s performance was the one to beat. The next performance was from Team Blake. Blake has two contestants in the finale and so he sang two duets. The first duet was with Ian Flangian. They performed “Mammas Don’t Let Your Babies Grow Up to Be Cowboys” and it was the first country performance of the night.

Blake and Ian sounded wonderful together. They had Gwen up on her feet dancing along and sure she could have been doing that to support her man but odds are she was doing it because she liked what she was hearing. Blake went straight from that performance to his next one with Jim Ranger. Jim and Blake performed “Streets of Bakersfield”. Jim was from Bakersfield and so this was a nice homage to home where his family still is. That was another thing that had changed on the show. Families couldn’t come to the studio anymore to support their loved ones and so they had to do all their supporting via video apps. And there was a performance from Julia Michaels who was a mentor this year on Team Gwen.

Julia was back to sing the Grammy nominated song “If The World Was Ending” with JP Saxe. Earlier this season, Julia had explained the significance of this song. It turns out her boyfriend JP wrote this song to impress her and it must have worked because now they’re together. The two have performed this song countless times and yet tonight felt special because its clear they were signing to each other. There were other performances. Carter Rubin performed “You Make It Feel Like Christmas” with his coach and surrogate mom Gwen Stefani and Gwen rocked a Christmas tree dress which was new. It was giant green dress with a cutout at the midriff and it looked like a Christmas tree with red bows. And it looked good.

Keith Urban and Pink performed their song “One Too Many” next. They had some fun with it and eventually the five finalists were brought out. This was second time tonight in which they were all sharing a stage and it was an important moment. The moment in which the winner of “the Voice” was announced. John Holiday came in fifth. Desz came in fourth (huge shocker there, like no one saw that coming). Ian Flanigan came in third. It came down to Jim Ranger or Carter Rubin and the winner of this season of “the Voice” is Carter Rubin.

Gwen beat Blake this year with the youngest male artist ever to win on the history of the show.