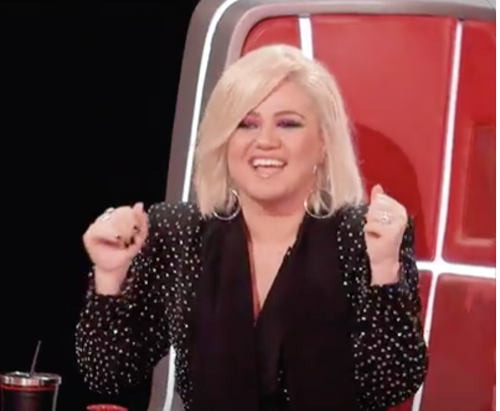 Tonight on NBC’s Emmy Award-winning musical competition The Voice airs with an all-new Monday, March 2, 2020, season 18 episode 3 “The Blind Auditions Part 3,” and we have your The Voice recap right below. On tonight’s The Voice season 18 episode 3 “The “Blind Auditions” continue as superstar coaches Kelly Clarkson, Nick Jonas, John Legend and Blake Shelton all vie to discover and coach the next singing phenomenon in the “Blind Auditions.” The vocalists compete to be selected by one of the coaches and fight for a chance to be named “The Voice.””

It was Part 3 of the Blind Auditions. First up was Allegra Miles. She was sixteen and she was from St. John of the Virgin Islands. She was an island girl. She enjoyed the island lifestyle until she got older and her parents moved to Florida. Not much of a change for her. She still got to enjoy the warm weather and great beaches. She also got the chance to hone her voice. She performed “Use Somebody” and her rendition was so unique and so beautiful that Kelly quickly turned around for her.

Nick turned around as well. Both Nick and Kelly wanted her for their teams and they each made their pitch with Kelly pointing out that she turned first. She even turned right at the beginning. She hadn’t needed much convincing and Nick waited till the end. He came from a musical family like Allegra and he played into that. He really wanted her for his team and he got her. Allegra picked Team Nick. Nick added one more to his team and he was filling up spots fast. He and Kelly both loved the same kind of artists and so they were constantly competing with each other.

Cammwess auditioned next. He grew up with a love of music and he chose to focus on that rather than sports when he was younger. He was 5’10! He knew he wasn’t going to make it into the NBA and so he chose music. He chose the song “Earned It” for his audition. He put his own spin on the song and it had impressed John. John loved the musicality that Cammwess showed. He turned for him at the start of the song and Blake waited until the end. Both Blake and John wanted him. Nick and Kelly explained why they didn’t turn.

They didn’t turn because they each figured John had this one. Cammwess was just sort of artist that John was looking for and he sometimes sounded like John during the audition. Blake had no chance with Cammwess. Cammwess chose John and Blake will have to wait to Steal him during the Battles. Next up was Joei Fulco. She liked how her voice was what mattered above all else and that it wasn’t based on her appearance. She performed Cher’s “Gypsies, Tramps, & Thieves” for her audition. It was so good that two judges turned around her and they were both at different ends of music.

Blake and Nick both wanted her. Only Joe chose Blake because she wanted to be a part of the southern country rock team and that was that. Sarah Collins went next. She performed “Johnny and June” and she proves she was another country star. She probably was shooting for Blake because he was the country person. He just didn’t turn for her. He didn’t, but both Kelly and Nick did. They wanted her for their teams. They’ve both worked with country musicians before and so they each had the tools to shape Sarah into a winner.

Kelly has even won with a country musician. She reminded Sarah of that when she made her pitch and Sarah may have chosen Kelly because of it. Next up was Clerida. She brought along her secret weapon which was the cello and she performed with it on her audition song “Put Your Records On”. It was a special performance. None of the judges had ever heard anything before and so it was sad that no one turned around. They would have liked to have heard more from her voice. She wasn’t at her best because she was focusing on so many things and so maybe next year will be different.

Samantha Howell auditioned next. She was a singer/songwriter and she moved to Nashville to take her chances. She’s been performing live for a while now. She performed the song “Take It On the Run” and her voice showed she’s been doing this for a living. She had it all evened out. She won over Kelly with the second verse. She also won over Nick and she won over Blake. Blake, however, was blocked. He knew before turning around that Kelly blocked him and he still took his chances because he liked Samantha’s voice.

Samantha had to choose between Kelly and Nick. She was given two really great choices and so this one was hard for her. She took some time listening to the judges. She heard from John and Blake who both told her to go with her gut. Blake also suggested she choose Nick over Kelly because he still smarting from being blocked. Not that Samantha listened to him. She ultimately went with Kelly and so each judge was picking up members for their team tonight. Next up was Jamal Corrie. He was from San Francisco and he was a street performer.

He made it a business out of being a street performer. He takes care of his mother and his two brothers who are both autistic. His mother is also suffering from a condition. So, Jamal needed this to work out for him. He selected the song “Be Alright” and thankfully Blake turned around for him. Blake was the only one to do so which meant Jamal automatically became a part of his team. The other judges later explained they didn’t turn around because they didn’t feel like he was giving the song his all and so they wished them the best because they know Blake will be able to shape him for the Battles.

Ruby G. went next. She was from New York and she moved there to pursue his musical career. She realized several years ago that she wanted to take music seriously. She’s done everything she can and that includes take music lessons and so Ruby was ready. She auditioned with the song “Hard Place”. It wasn’t the best song for her because it was all in the lower register and so the judges didn’t really get a grasp on her voice. None of them turned around for her tonight. She can hopefully come back next year when she’s ready.

Samuel Wilco went next. He was in the army and he was stationed at Fort Knox. He went in when he was eighteen. He’s been deployed three times and he was now a recruiter for the military. His army buddies all said he should be a singer. He won a talent competition in the army and so everyone was rooting for him because they believed they would see him on tv one day. Meaning he was finally living up to the dream with his performance tonight. He performed “Lately” and with it, he won over both Kelly and Nick.

Samuel loved Kelly as an artist. He was a fan of hers, but his children were fans of Nick Jonas and so Sam went with Team Nick. Next up was Hawke McIntyre. He grew up with his dad after his parents split and it had been hard on him. He had turned to music to help fill the gap. His father was a great person who introduced him to the guitar and so Hawke grew up playing music. He’s been playing at bars since he was a kid. His father has acted as a roadie for him and so Hawke has the experience. He auditioned with the song “Lie to Me”.

It was an unfortunate occurrence that no one turned around for him. The judges had been waiting for his voice to go up a bit and it never did. It was just the wrong song for him. He knows that now and he can always come back next year. Thunderstorm Artis. That was his real name. His parents have eleven kids and they gave each of them unique names so that they stood out and so its no wonder they grew up to be an artistic family. Thunderstorm or Thunder as he is known had turned to music after his father died to help him heal. And its done a great job for him.

Thunder appeared to be a well-adjusted young man. He auditioned with the song “Blackbird” and his rendition was truly powerful. It wowed the judges. They all instantly turned for him and so he received a rare four-chair turn. Thunder had his pick of the judges. He could have chosen anyone and he chose John. Thunder must have believed in him more than he believed in the others.