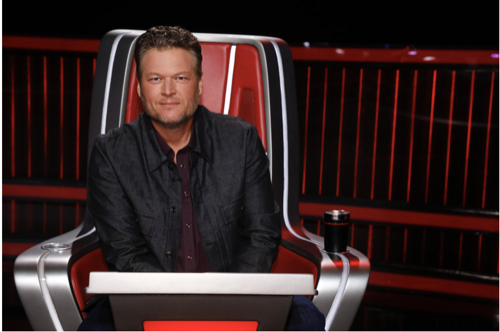 Tonight on NBC’s Emmy Award-winning musical competition The Voice airs with an all-new Monday, December 7, 2020, season 19 episode 15 “Live Top 9 Performances,” and we have your The Voice recap right below. On tonight’s The Voice season 19 episode 15 “Live Top 9 Performances” as per the NBC synopsis, “Fan Week kicks off with the top 9 artists performing in front of the coaches for their chance at a spot in the finale. The show will include special dedications from the artists and feature fans throughout.”

The nine semi-finalists are ready, they will be performing two times; a new song by themselves dedicated to their biggest fans because it is fan week. They are also going to be teaming up for special trio performances.

Team Blake, Jim Ranger, performs “Without You,” by Nilsson. Coaches Comments: John: “I was engrossed, I was moved. What a beautiful performance, I believe that was your best work since you have been on this show. And, one of the best performances we have seen this season it was really beautiful, moving, emotional, it was flawless vocally and everything we needed to be. You made it clear that you are a force to be reckoned with.” Blake: “You did It dude. I don’t know a better time to have that kind of a performance, I am speechless right now. I thought you were going to pass out on that stage, I got to tell you, I am more impressed that maybe I have ever been as a coach on this show.”

Team Kelly, Cami Clune, performs “The Joke,” by Brandi Carlile. Coaches Comments: Gwen: “Wow, you are gorgeous, your voice is like an angel, it is so beautiful. The tone is so pure, you are so unique, you look like a beautiful star up there and my jaw is dropping watching you. I want to be you when I grow up.” Kelly: “I concur to everything she just said. You have this beautiful way of telling a story better than any other vocalist I have ever heard. You do sound like an angel, but you sound like an angel that has been through a lot. And those are the most believable singers and the ones I like and gravitate towards. You are so gifted and this was the perfect song for you.”

Carter Rubin, Dezs and Jim Ranger sing “Will It Go Round In Circles,” by Billy Preston.

Team Gwen, Ben Allen performs, “All About Tonight,” by Blake Shelton. Coaches Comments: Blake: “I am jealous and I am blown away at the same time. I am jealous because you slayed that song and you sang it to my fiancé. But, I kind of wanted to be you. Good job.” Gwen: “I think it is funny that I am going to win The Voice with you doing Blake’s song, America is going to be all over that. This was such a tall order, doing Blake’s song, you did a great job, I am blown away.”

Team John, John Holiday performs “Fix You,” by Coldplay. Coaches Comments: Kelly: “OMG, the whole performance I am going like I don’t know how this gets better, and then, there we go again. The very last thing you did broke me and I had to shut off. I had to keep myself together. You are such a perfect voice, I love that you worked on your brokenness.” John: “ I am over here crying, when I talked to John about doing this song I said it will mean a lot to us if you just giver your emotional best performance and let yourself be not perfect, just live in the emotion of the song and we felt it.”

Team Kelly, Dezs performs “Don’t Let Go (Love)” by En Vogue. Coaches Comments: John: “I felt the fire, I loved the higher parts of that performance, you sang with such power and you were piercing through the music in a such a beautiful way and it was so soulful and I called you the assassin last week because you are so intentional with everything you do. You are incredible.” Kelly: “I have been watching this rehearsal for days, I have been so excited and literally this has been my most favorite performance that I have ever had on my team. You embody so much talent, your range, are you serious with how low you go. I would like to officially put my application in to be your back ground singer. You are so incredibly gifted, there is no way you not making the finale.”

Team John, Bailey Rae performs “Georgia On My Mind,” by Ray Charles. Coaches Comments: Blake: “I love Bailey Rae, she knows that at his point. Your voice is like Shelly West, some of the artist in the 80’s, so different and refreshing and good for this show. Thank you.” John: “I feel like America has to be reminded how young Bailey Rae is because everytime she comes out here she performs with such confidence and cool, feels like she has been here longer than she has. I am so proud to be your coach, America vote for her and send her to the finale.

Gwen performs her new single, “Let Me Re-Introduce Myself.”

Team Blake, Ian Flanigan performs, “Angel,” by Sarah McLachlan. Coaches Comments: Kelly: “You can sing anything, like any song. You just made this song one that I could see you writing, and that is a really hard thing to do. Your voice is one of my favorite ones to come on this stage, you are so blessed. Congratulations on becoming engaged.” Blake: “Last week, when you finished your performance we were all like, “how does he that?” and Kelly said imagine him singing, “Angel,” and you killed it man.”

Team John, Tamera Jade performs, “Let It Be,” by Aretha Franklin. Coaches Comments: Gwen: “I am your biggest fan, you are so sparkly and shiny. You got such an amazing personality. I am saying my truth. Your personality just comes out and I have never seen you in that mode, you did such a great job, you did you and you are so special.” John: “That was stunning, you are such an unstoppable force. I can’t believe the world hasn’t discovered you until now. You are such a superstar, your light just shines with everything you do. I told you, just be you, give us all of you for this performance and you did exactly that.”

Team Gwen, Carter Rubin performs “Rainbow Connection,” from the Muppet movie. Coaches Comments: Gwen: “Your mom is crying, I am crying. I sing that song to my kids, that was flawless. The was God answering my prayers, that was so beautiful. You are so gifted and so intuitive, I am so glad that you picked me and I was your coach.”