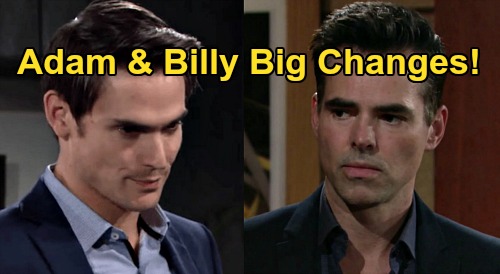 The Young and the Restless spoilers document that some people are on a positive path in Genoa City, Wisconsin, while others need to change their life’s course. With production anticipated to resume soon, the cast will begin creating new soap. Viewers will likely see new episodes, hopefully before September.

Any character could be cited as needing to improve some area of whatever fictional life is referenced. But let’s explore the lives of three GC residents and then have readers add their own valued opinions.

Abby Newman (Melissa Ordway) is the owner of Society, which ranks with the most successful restaurants and night clubs in town. As viewers recall, she built the Grand Phoenix Hotel as part of a trio. That effort was undermined by Phyllis Summers (Michelle Stafford), who intended to push Abby out from the beginning.

In knowing who Phyllis is, Abby cleverly baited Stafford’s character into thinking that she was bowing to the demand to relinquish her fifty percent stake. But the problem with that plan was that Ordway’s character wasn’t walking away from a fight, but expanding it.

Abby’s idea of creating a rival hotel across the street projects to ongoing conflict. Why not focus on Society and make an investment in some other type of business that isn’t based to payback?

Jill Abbott (Jess Walton) wanted Lily Winters (Christel Khalil) to be part of the new media division at Chancellor Industries. That choice was intended to keep Billy Abbott (Jason Thompson) in check, as Lily’s business background and personal experience were both being tapped.

Leaving Vickie Newman (Amelia Heinle) with his children was a self-centered act, especially considering all the work Villy did to repair itself. Thankfully Johnny Abbott (Ryan and Holden Hare) and Katie Abbott (Sienna Mercuri) are able to benefit from Vickie’s stability and strength. While Billy surely loves his children, he’s often placed his own perceived needs above them and Vickie.

With Villy forcibly ended, Billy needs to be there for the kids whenever he’s needed. And he should try to focus at Chancellor Industries and not create trouble there as well.

Young And The Restless Spoilers – Adam Newman Can’t Help Himself?

Chadam is together, at least for now. But the walls are closing in on Adam due to two incidents where he killed people, albeit in self-defense. And, Adam has reignited a fight with his father, even though Victor has been protecting what happened in Kansas for decades.

While it might seem unlikely, Adam’s true contrition, after thinking he’d killed Victor, proves that he can course correct. Viewers will see if that happens, possibly by August if new Y&R episodes are ready?