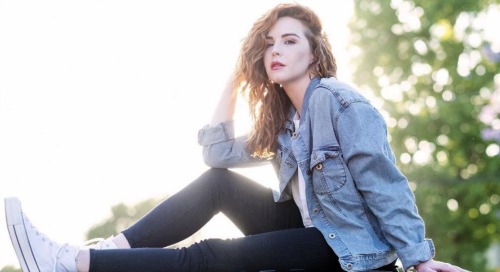 The Young and the Restless (Y&R) spoilers reveal that one CBS soap star’s speaking out about her character’s future. Y&R fans know Mariah Copeland (Camryn Grimes) struggled after Tessa Porter (Cait Fairbanks) went on tour and Sharon Newman (Sharon Case) began her breast cancer battle. Mariah also lost her job, so all that and some trust issues led to a betrayal with Lindsay (Kirby Bliss Blanton).

Thankfully, Mariah and Tessa were able to reunite following all the cheating drama. They’re in a much better place now, so what’s next? Camryn Grimes talked to Soap Opera Digest about what’s ahead for Mariah, so let’s look at what she had to say.

For starters, Grimes is hoping to see Mariah’s career thrive. Devon Hamilton (Bryton James) closed Power Communications, but there are other great options around town.

“I mean, there’s lots of companies in Genoa City, whether it be Newman or Jabot or Chancellor Communications,” Grimes said. “But something where she can lead and then let her creativity kind of flourish.”

Grimes enjoyed watching Mariah’s confidence grow in her last leadership position, so she’d like for that to continue on new Y&R episodes. That sounds like an excellent plan for Mariah’s professional life, but what about her personal life? Grimes sees good things on the horizon there, too.

Tessa blurted out an almost proposal shortly before the shutdown, but she was cut off with a kiss. Mariah couldn’t wrap her head around anything else until Sharon was feeling better – and “Teriah” needs a bit more time to feel grounded again as well. However, Mariah promised they’d talk about the next step once they were on the other side of everything.

Grimes is definitely hoping a wedding is coming up for Mariah and Tessa, although she knows that plan will likely be put on hold. “I would love to see them get married,” Grimes said.

The Young and the Restless star acknowledged it may not be possible in the near future due to all the safety protocols and filming restrictions, but she does hope it’ll happen eventually.

Grimes argued that having Mariah and Tessa’s relationship play out slowly has provided a “more realistic approach.” Since this couple’s been able to overcome so much and stick together, it’d be nice to see it all build to some long-awaited nuptials.

“It’s been a pretty incredible story and to have their love story come together in that moment would just be really powerful,” Grimes said.

As for Sharon’s cancer storyline, Grimes talked about Mariah’s connection with Sharon and how “incredibly scary” this crisis has been. Mariah has learned so much about love from Sharon, who helped Mariah shape her new identity and become a better person.

Grimes suggested Mariah’s worried that she’d lose that part of herself if she lost Sharon, so there’s so much on the line for her.

Fortunately, The Young and the Restless spoilers say Sharon will conquer cancer down the road, so things are looking up for Marah and everyone else on “Team Sharon.”

As other updates emerge, we’ll pass along the latest news. Y&R fans won’t want to miss what’s in store on new episodes. CDL will have other Young and the Restless spoilers, news and updates to check out, so be sure to stop by often.