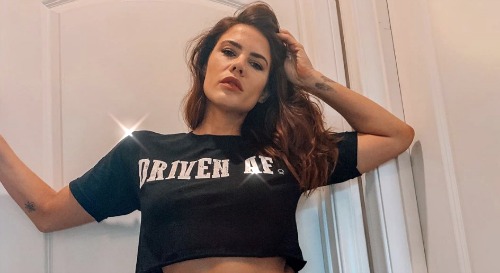 The Young and the Restless spoilers document that Courtney Hope’s (Sally Spectra on The Bold and the Beautiful) stunning announcement that she’s joining the cast of Y&R suggests many intriguing possibilities. It’s not yet known if she will be playing a new character, or if Sally is crossing over to Genoa City, Wisconsin.

Many characters have crossed between the sister shows for extended stints through the years, including more recently, Sheila Carter (Kimberlin Brown) and in the past, Lauren Fenmore (Tracey Bregman), Ashley Abbott (Eileen Davidson), Amber Moore (Adrienne Frantz), and Deacon Sharpe (Sean Kanan). Various others have crossed for periods as short as one episode as well.

Purely on conjecture, let’s go with the assumption that Hope will be taking Sally with her to GC.

Devoted soap fans who watch both sister shows surely thought it was telling that Sally didn’t receive a full sendoff when viewers last saw her in the hospital. She had an emotional farewell conversation with Wyatt Spencer (Darin Brooks), who was highly disappointed in Sally’s actions.

Sally faked a terminal condition for many months and then, when it was exposed, kidnapped Flo Fulton (Katrina Bowden). That caused Wyatt to tell Sally that, while he still cared for her, she should stay away from him and Flo for awhile.

Needing to leave Los Angeles, California, meant that Sally was either being written out of the show, or as Y&R fans may see, that she travels to Wisconsin. The arrival of this dynamic character would impact GC in dramatic ways, some of which would surely lead to at least one love story and others that would involve conflict.

Any of the men could spark with the highly charismatic Sally. Nate, Theo, and Billy aren’t in relationships. So they wouldn’t have moral barriers. But nearly any other guy, ones that weren’t referenced, are currently off-screen, or a new character could catch Sally’s eye, or more likely, be impressed by her.

Young And The Restless Spoilers – Conflict Is Key In Daytime

Then again, Sally could be hired to work as a server at Society, or a front desk staffer at the Grand Phoenix hotel. Imagine ongoing interactions between Sally, Phyllis Summers (Michelle Stafford), and Abby Newman (Melissa Ordway).

Of course, everyone clashes with Victor Newman (Eric Braeden). Any link to him could lead to instant conflict, including the referenced Newman hires.

Hope’s talent will allow her to impress with whoever she’ll be playing. But it would be highly intriguing to see Sally suddenly appear at the end of an episode and then watch her role develop on B&B’s sister show. Crossovers have proven very successful in the past. This one, if it proves out, also has potential to be great.