The Young and the Restless Spoilers: Tessa Back In 2021 – Cait Fairbanks Returns, Shares Photos From CBS Studios 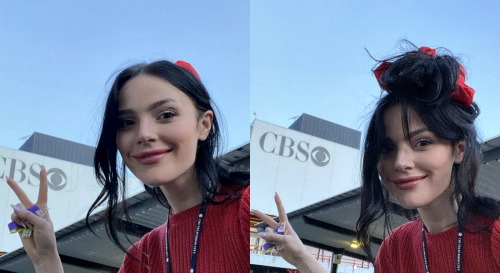 The Young and the Restless spoilers has some great news to report about a popular Y&R star. Cait Fairbanks, who portrays Tessa Porter on the CBS soap, recently indicated to her Instagram followers that she was back on set at Y&R.

As Y&R viewers know, Tessa hasn’t been seen on-screen for quite a while, ever since her storyline about going on tour with her ex wrapped up and Tessa forgave Mariah Copeland (Camryn Grimes) for cheating on her.

Well fans of Tessa and “Teriah” will be happy to know that Cait posted a couple photos of herself in front of CBS studios with the following caption: “That’s a wrap on 2020.”

Fans have been posting replies steadily since Cait posted the return update, with most offering their support and expressing happiness that Cait was back on set and filming.

As one follower wrote, “I hope to see more of Tessa in 2021! The show isn’t the same without you.” And someone else commented, “Yesss, love these pictures and so happy to see you have been back at the studio! Hopefully for a lot more Tessa for 2021.” Another follower stated: “Finally! I need my Teriah dose.”

Fans have certainly been wondering where Tessa has been throughout the past several months. Interestingly, fall spoilers for this year stated that Mariah was supposed to make some sort of shocking choice that would have reverberations for her relationship with Tessa, although that never really happened on the show.

Fans certainly want to see “Teriah” happy and thriving, but for the past few months, Tessa has been referred to, but not seen on screen. But given Cait’s post, here’s hoping we see more of her and of “Teriah” on the show in the early part of 2021.

We should note that Cait has been busy in other adventures aside from Y&R. Back in November, Cait released an EP called “Somewhere to Die,” which has received great reviews and fan response.

Y&R viewers know that Cait has performed her music on the show in the past, and she released “Somewhere to Die” under her stage name Ginesse.

“Somewhere to Die” is definitely worth checking out, and be sure to keep tuning in to Y&R so you don’t miss Tessa’s return when she hits the screen next. Will you be glad to see Mariah and Tessa back on screen together?

Stay tuned to the CBS soap and don’t forget to check CDL regularly for the latest Young and the Restless spoilers and news.