BY Kristine Francis on February 18, 2020 | Comments: Leave Comments
Related : Recap, Television, This Is Us, TV 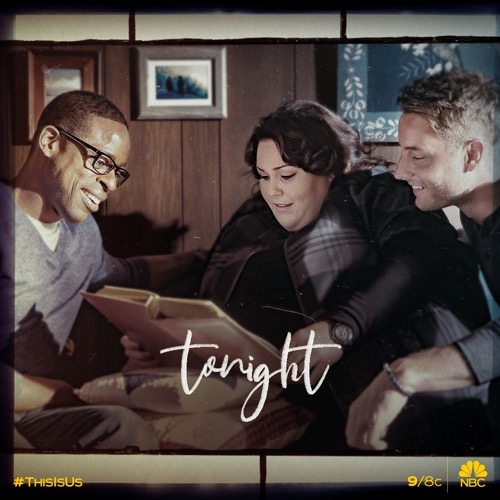 Tonight on NBC their honest & provocative dramedy series This Is Us airs with an all-new Tuesday, February 18, 2020, episode and we have your This Is Us recap below.  On tonight’s This Is Us season 4 episode 14 called, “The Cabin” as per the NBC synopsis, “The Big Three reconnect at the family cabin.”

Jack Pearson buried a time capsule at the cabin. The Pearson patriarch dreamed of doing one with his family and he had been so excited to do it when the kids were old enough to understand what was happening. He thought they would all see it as another great adventure. He didn’t expect that they would be bored or that they wouldn’t want to hang out with their dear old dad. But that’s the age they were. They didn’t realize how much they wanted to spend time with their dad until he was gone and now the kids are all grown up.

They can go to the cabin whenever they like. They decided to do it together because they all needed a break from their normal lives and so they went as the Big 3! It didn’t technically matter how they were all keeping secrets from each other. Kate and Randall were withholding information about their mom. Kate told Kevin that she thinks her husband hates their son for being blind. Kevin didn’t tell Kate he slept with her best friend. Then there’s Randall who fixates on his home security system.

He freaked out when they lost power at the cabin. He more or less demanded they go into town because he wanted to check up on his family and then he freaked out again when he couldn’t get into contact with them. He wasn’t himself until he heard back from Beth. Beth had taken the girls to the movie and she didn’t know how Randall was spiraling. Randall tends to do this. He lets his nerves push him to the breaking point and then it was up to other people to help him pick up the pieces again.

Kevin’s secret meanwhile got out very fast. He didn’t know Madison would feel guilty about breaking the girl code and so he had been taken back when he heard the voicemail Madison left for Kate. Kate had even played it for Kevin. They both listened as Madison apologized for sleeping with Kevin and Kevin tried apologizing as well. So, Kevin’s secret was the first to get out. The second secret was about their mom Rebecca. Rebecca was losing her memory and so Randall had come out to see her.

Randall and Kate hadn’t told Kevin yet. They were keeping it to themselves when Randall slipped up and mentioned the trip to LA. He tried to claim it was a work trip. Kevin asked him why Randall hadn’t visited them when he came over and then he realized that Kate knew about the trip. She was acting shifty and that clued him. Kevin then demanded to know what was going on. He found out from his siblings that his mom was sick and Kevin first tried to deny it. He had been with his mom a few weeks ago. She seemed fine then and so Kevin thought his siblings were being dramatic.

They weren’t. They noticed the subtle changes in Rebecca’s behavior and they told Kevin that it was slowly getting worse. Kevin demanded to know why they knew and he didn’t. Randall told him that their mom made him promise he wouldn’t say anything and that she just mentioned herself to Kate a few days ago. No one was purposely trying to keep Kevin in the dark even if he felt like that’s what happened. Kevin thought his siblings were keeping secrets because they didn’t think they could rely on him and so he had needed a moment alone.

It all reminded them of what happened with Marc. Marc had been Kate’s boyfriend and he had been abusive. He once locked Kate out in the freezing cold. She had to smash a window to get back in and once she did she covered up what happened. She swept up the glass. She wore gloves so that no one could see the cut on her hand and she tried to pretend it wasn’t as bad it was. It had been her family that saw the truth before she did. They tried to tell Kate she deserved better and they intervened before she could be further hurt.

The family had been there for each other. They had to do the same with Kevin and Randall figured out the best way to reach his brother. Randall reminded them all about the time capsule. They were supposed to dig it up after five years and they had forgotten all about it. They dug it up now because they needed to be reminded of their father. Their father was the heart of their family for a long time. They needed some of that as they moved forward with their lives and so they dug the time capsule. They later found all the things they put in there.

He said he how he originally was going to put in a drawing for a new cabin. Then he doubted himself and he threw the drawing away. He later went to go fetch from out of the trash and that’s when he found it gone. He realized his wife must have found it and that she put it in the time capsule for him. Jack praised Rebecca for believing in him even when he didn’t believe in himself. His drawing for a newer and bigger cabin is what the kids used to create a new cabin on the land. And that’s where they all later met up to discuss Rebecca’s condition.