BY Dorothy Gale on February 25, 2020 | Comments: Leave Comments
Related : Recap, Television, This Is Us, TV 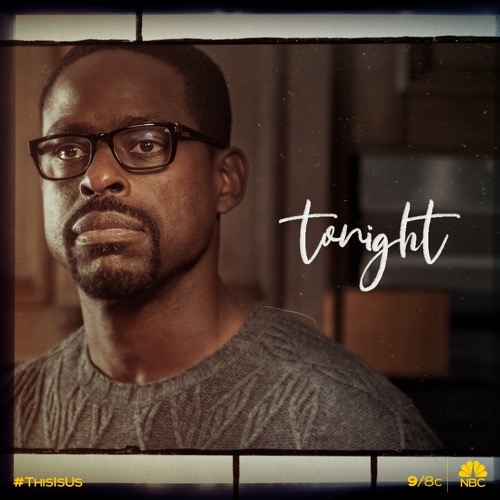 Tonight on NBC their honest & provocative dramedy series This Is Us airs with an all-new Tuesday, February 25, 2020, episode and we have your This Is Us recap below.  On tonight’s This Is Us season 4 episode 15 called, “Clouds” as per the NBC synopsis, “Kevin spends the day with Rebecca. Toby makes a grand gesture. The Big Three get their report cards.”

Jack is hone late, all the kids are sitting at the kitchen table, it is report card day. Kate had a good report card, but she is upset that Stewart broke up with her. She leaves the table to be alone. Kevin got two A’s, but it also says he is disruptive in class and arrives late. Randall says he is going to contest one of his grades and it will be an A by next week. Jack tells Randall to lighten upon himself.

Present-day, Randall comes downstairs and Beth asks him what is wrong. He says that Rebecca is getting the results for her MRI this afternoon and she is a little nervous, he hates not being there in person. Beth says Annie’s birthday is coming up and was wondering if they could get her an iPhone. Randall says they agreed not until junior high. Beth says she is so cute when she begs.

Toby is feeding his son, Kate just woke up. Toby tells Kate that he is sorry, for everything. Toby asks Kate to follow he and Jack to the garage, he was thinking of turning the garage into a music studio. She says it is very sweet and a nice gesture, but she needs time. Madison texts Kate, she wants to have brunch.

Kevin goes to see Rebecca, he tells her she looks great. She says they told him. Kevin admits that Randall let it slip.

Randall goes to see the therapist.

Back to the report cards, it is the next morning and Rebecca is trying to get the kids out the door and off to school.

Kevin goes with his mom, they head to an old record store and she listens to Joanie Mitchell. She tells him that when she and Jack first came to LA they tried to find Joanie Mitchell’s house. Kevin asks Siri where the house is and gets an answer.

Kate meets Madison for brunch. Madison says she screwed up, she doesn’t know what she was thinking, and she knows he is her brother, she is ashamed and it will never happen again. Kate tells her that she told Toby that it wasn’t enough to want to be a good father, he has to be a good father. Madison says she slept with Kevin because he knows her without makeup. And she and Toby have that, they see each other at the worst of times.

Randall tells his therapist that he is comfortable speaking about his emotions. He tells her that his mom has a doctor’s appointment. She asks him why he is there. He says he has anxiety, things get overwhelming, he has panic attacks. He goes on to say that his daughter Tess sees a therapist. He starts talking about his childhood and the therapist tells him she needs full disclosure, she has heard this before in his speeches, she has heard many of his speeches. Randall says he feels like she googled him, and he thinks it is inappropriate that she waited to mention it. He says he is sorry. Not her fault, he is a public figure, he shouldn’t be surprised. Randall gets a message from Kevin, he is going with Rebecca for her follow up appointment. Randall starts talking about his mother, he says he has to be in control because her husband missed the mark, and his mother asked him not to tell anyone. He says his folks are good folks, she is wasting her time talking about them. In fact, if it wasn’t for him, this whole family would have fallen apart. Randall gets up, he tells her that she doesn’t get it and can be there with someone who doesn’t change their magazines in the waiting room from 2017.

Kevin is with his mom outside of Joanie Mitchell’s house, he walks up and rings the bell; nobody is home, but the gate opens and Rebecca opens it for them to enter the property. She sings a song and reminisces about talking a walk with Jack and singing the same song. Rebecca wants to grab a bite to eat with Kevin, he tells her that there might not be time, she says she will reschedule her appointment, and she doesn’t want to go, she doesn’t want the day to end. Kevin tells her the day is going to end, and he can return tomorrow, and do something again.

Kate is home, Toby is lying down with Jack on the couch. Kate tells him that she doesn’t want to resent him about talking about his feelings, and she loves him. She asks to see the studio and tells him it is his most romantic gesture.

Randall goes home and tells Beth that the therapist isn’t for him, right now. She says she knew he would find something wrong with it. Maybe he should go a couple more times. Randall says no, Beth says she needs this. Beth shows him that she has pepper spray in her purse for when she has to lock up at night. She has sleeping pills because she hasn’t been sleeping well. There is an iPhone for Annie, not because she needs it, because there was a strange man in their house and she needs to know where her baby is at all times. He says he didn’t know. She says she knows, she didn’t tell him because she didn’t want to lay anything else on him, she thought he was going to crack. She needs him to get the help that he needs.

At the doctor’s office, Rebecca is told that she has Alzheimer’s.

Toby brings Kate to the garage, it is a music room for Jack too, he has bought him various musical instruments for his age.

Back home, Rebecca asks Kevin not to treat her any differently, she needs that part of him. And, she wants to go to his movie premiere in New York, she sees Matt Damon bring his mom.

Kate is in the garage with Jack, at the piano and we get a glimpse of his growing up and playing an instrument and singing.

Randall returns to his therapist.