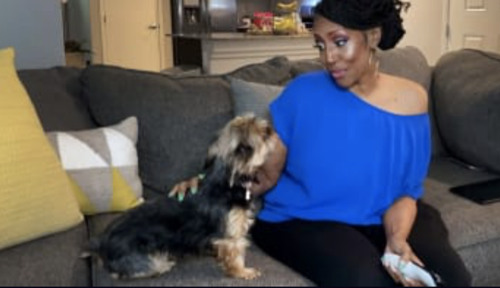 Tom reveals the contents of his man-purse. Ed relives his worst nightmare. Stephanie realizes where she went wrong. Avery explains her killer looks.”

The cast from “Before the 90 Days” are back! They’re back rewatching old episodes of this past season and they hear what the fans had to say about all of it. Ed was up first. He was taking the rewatch the best so far because he knows how to laugh at himself and so tonight was a little different for him. He got a little testy. Ed didn’t like how people were believing the worst of him. He wasn’t lying when he said he has a skin condition that was alleviated whenever he slept on a thousand-count sheet. Ed had to watch the Pillow Talkers look up his condition and so he won that battle because they eventually learned he was telling the truth.

Ed also didn’t like it when some of the fans on Twitter began claiming Rose slipped her father a note. It was actually her father’s decision to come back on his own and he slept in the same room as Rose and Ed because he didn’t like the idea of his daughter sleeping with a total stranger. Ed understood where Rose’s father was coming from. He respected that and he knew it wasn’t all some ploy from Rose in not wanting to sleep with him. Ed didn’t like all the insinuations he was reading from Twitter. He was getting angrier as he read on and so his good humor has finally be pierced. He was willing to laugh about all the other episodes, but not this one.

David was nearly the exact opposite. He was sensitive about the whole rewatch because he didn’t like how many people there were that saw his girlfriend Lana for what she was. She was a scam artist. Her behavior this entire season has shown she only wants one thing and that one thing was not David. It was more about his money. Lana convinced David to send her messages over an app he had to pay for and everyone believed she was getting kickbacks from this app. Lana was also on several other sites. She gave David a poor excuse for why uses other sites and he fell for it. He so wants to believe that they’ll be together that he missed all the warning signs.

Lana failed to meet him when he came to Ukraine. He got a flat tire when he thought of driving out to see her and so everyone thought that was God’s way of telling David to turn back. Only he didn’t see it that way. David kept calling everyone names like lightweights or failures because they thought all the effort he was putting into a relationship with Lana was pathetic. David didn’t see it as pathetic. He thought it was love and so he was very touchy whenever someone chose to criticize him or even if they chose to criticize Lana. David was sensitive. He wanted to be right so much that he disregarded everyone else as if they were crazy ones for not seeing how great he and Lana were together.

Ash and Avery at least knew there wasn’t a future for them. The couple broke up after several instances were it felt like Ash was feeding her a line. Ash would claim he was acknowledging her feelings and he would pretend to be listening, but the truth is was giving her seminar. He was a life coach for a living and he was just giving her miniature seminars whenever he got the chance. Ash claims nowadays that he was saying that because Avery was the problem. She was the one who was mistrustful and who tried to look for a negative in anything he said. Ash also claims that Avery tried grilling like she was the CIA or the FBI.

Avery’s side of the story was naturally very different. Avery expressed frustration with Ash because she wanted to develop a relationship with him and she never felt she was given a genuine chance. She felt she went on a great vacation. She got to see the sights and she enjoyed having that guide who showed the animals. But again she never got to know Ash. Avery went to Australia to pursue something with him and rewatching their old relationship has just reminded her how unhappy she was. Avery and Ash were not meant to be and their season on the show was evidence of it. Another relationship doomed to fail was Tom and Darcey.

Tom and Darcey broke up early on. It was a bad split because Tom had even mentioned that Darcey put on weight and so everyone dragged him. They all came for Tom. He crossed a line in the way he broke up with Darcey and no one is going to be forgiving him anytime soon. The Pillow Talkers and even Twitter sided with Darcey. They still took shots at her only it was more done in jest. Like how they said her lips get plumper when she cries and not her eyes. Darcey does do a lot of cosmetic work and so she was able to laugh at herself as she read the comments. And the laughter continued as the other former couples were shown.

Erika and Stephanie sounded great on paper. Unfortunately, meeting in person was something else and the relationship was rocky almost from the get-go. Erika and Stephanie fought over everything. They couldn’t get along. Stephanie also showed some manipulative behavior. She would say something to Erika and, if Erika dared to later bring it up, Stephanie would claim she was lying. Stephanie and Erika were horrible together. Their relationship was so disastrous that people questioned whether or not they were gay because it sure didn’t look like they were attracted to each other much less like each other.

It, therefore, made sense that they remembered the past very differently. Erika was able to spot the manipulations during the rewatch and she hadn’t been able to see them at the time it was all happening. So, the rewatch helped her put everything in perspective. It was a bit different for Stephanie because she was more laughing about everything that happened. She didn’t seem to care that the relationship went downhill so fast and so she was almost over it. Stephanie was at the laughing stage. She was right up there with Ed laughing about everything that went down and Ed was still laughing about his situation.

Ed enjoyed his rewatch. He got to see the scene where he went to the pig farm and he agreed with the fans that said he was being hazed at the time. Ed had to take a cold shower outside, he went to a pig farm where he lost a good pair of shoes, and it turns out Rose’s father had wanted to go on the vacation with them. Except Ed refused to pay for him. It was Rose that revealed what happened behind the scenes and she’s now laughing about everything she pushed Ed into doing.