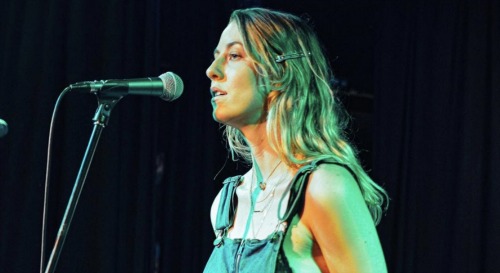 TLC 90 Day Fiance: Before The 90 Days spoilers tease that Ash Naeck’s relationship seminar has been on the minds of a lot of viewers since last week’s episode. As 90 Days viewers will remember, Ash invited his love Avery Warner to the seminar, and she jumped at the chance to go and see exactly how Ash related to his single female clients. Avery was wondering whether Ash would be too flirty with his clients, but that’s not what happened at all.

Instead, the seminar was a cringe-worthy event, during which Ash started spouting old-fashioned ideas about so-called masculine and feminine gender roles, and he got combative with the audience. As CDL previously reported, one audience member in particular challenged Ash. Her name is Alex she’s gotten quite a bit of social media attention since her appearance on Before The 90 Days.

During the show, Alex told the cameras that “My impression of Ash is that he’s quite out of his depth, talking to us as if we don’t understand the brains of the man.” She even got Ash rattled enough that he had to take a sudden break during the seminar and go regroup. Later, Ash returned and ended getting in another exchange with Alex.

Well, Alex recently did a Q&A on Instagram about her experience on the show, which she summarized on her Instagram Stories. We thought we’d pass along what Alex had to say in response to some of the questions asked during the Q&A, to shed a little more light on what her experience at Ash’s seminar was like.

Q: What did you learn from the seminar?
A: Reality TV is not for me.

Q: How was Avery’s demeanor and did she seem uncomfortable?
A: In an out-take, I asked her if she thinks she fits Ash’s ideal of a feminine woman and she said no, she viewed herself as more masculine and stronger than what he was describing a “woman” should be.

Q: Cringiest thing he said that was not on the show?
A: That women should dance more because it’s what’s natural for them.

Q: Did Avery ask any questions or say anything during the seminar?
A: Only when I asked her that previous question.

Q: Do you think he [Ash] was just nervous and choked, or is he legitimately a total douche?
A: His Instagram can inform you on that.

Q: When did the seminar take place?
A: September last year.

Q: Do you think mindbodycoach man [Ash] has a future in running seminars?
A: Do you?

Q: Did Ash seem to have a concept of non-binary or intersex people?
A: Anooooeeee. He failed to mention anything like that.

There are a couple of interesting take-aways here. One is that Avery didn’t speak up or do anything to make Ash’s situation during the seminar any worse, even though she was seriously put off by what Ash was saying. Avery waited until after she and Ash were alone to question him about his beliefs, which seems like a respectful move on her part.

And then there’s Ash’s statement during the seminar about women dancing more because it’s what “comes natural” to them. We’re not sure what that all means, but it sounds like maybe Ash was rambling at that point – it’s hard to tell what he meant without actually having been there and having heard the statement in context.

We’ll see what happens with Ash and Avery going forward, but things aren’t looking so great right now. Catch up with 90 Day Fiance: Before The 90 Days for more updates on Ash and Avery’s relationship troubles. And don’t forget that CDL is your go-to source for all the latest 90 Day Fiance spoilers and news!